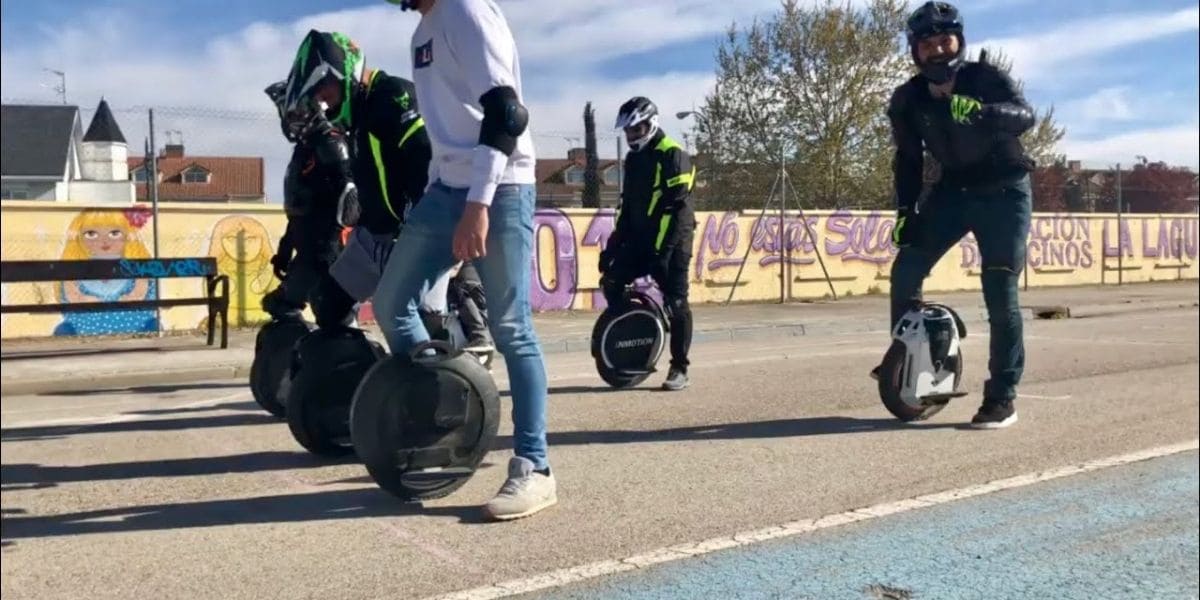 In the past few years, the usage of personal transportation and their connection with electricity has changed the automobile industry. Similarly, electric unicycles are gaining popularity across the world. An electric unicycle has only one wheel, which depends on the concept of self-balancing.

An Electric Unicycle is known as a personal vehicle that works on self-balancing. It only has one wheel along with a battery and motor that helps in riding. It is totally in the control of the rider, the direction, and the speed. The rider must have practiced self-balancing before riding the electric unicycle.

Richard C. Hemming developed a hand-powered monowheel in 1869, followed by a pedal-powered device in 1885. Various motorized monowheels were constructed and displayed in the 1930s without commercial success.

After 25 years of development, Charles F Taylor was given a patent for a “vehicle containing a single supporting and driving wheel” in 1964. In 1977, Charles Gabriel unveiled an electric unicycle that looks similar to today’s models.

Past, Present, and Future of Electric Unicycle

After gaining a firm grip on this new market, the Solo wheel had its first taste of significant competition. Several more significant events occurred between 2014 and 2015 that made the EUC as it is today:

The renowned Segway PT, the forefather of self-balancing technology in a personal vehicle, is no longer being manufactured. Meanwhile, industry giants King Song and InMotion have also introduced their first-ever EUCs with built-in suspension.

This is certain to transform the game and set a new course for innovation in the EUC sector for the foreseeable future. It’s too early to know whether the InMotion V11’s air suspension or the King Song S18’s linkage-and-shock suspension will triumph.

These electric unicycles are now more on-demand because of their new technology, design, and additional features. These all things help the company to attract the audience easily towards the product.

Everyone is very sure about the future of electric unicycles as this is something in which no one can lose interest. It will be in more demand in the upcoming years. The companies will come with more and more features and a new and stylish look, which the customers will love.

If today the EUCs are only used by the older people and only for fun, or it is only used by those who have passion about these; but in the upcoming years, kids will be more friendly with all these accessories.

They will go for a ride while playing, and they will also learn the concept of self-balancing at a very young age.

Electric Unicycles have different customers at different eras. When it is newly launched, then this will only be chosen by those who want to do rides or are into this field. At that time, the EUCs were not coming up with all the great features, but it was also in demand because of their uniqueness.

In the present era, the electric unicycle was chosen by many people. Some buy them for fun, and some buy them because they think they need this attractive vehicle in their lifestyle. And many other buyers because they want to buy the entire newest thing coming in the market.

In the upcoming era, electric unicycles will go through constant upgrades and innovations to provide optimal comfort and stability.

Nowadays, most electric unicycles also come up with the latest Bluetooth connectivity and the smartphone connection app; these carry LED lights within the same. These all are those features that will become very common in the future, and add other features will come into the same.

Our world has been catching up in the previous decade. The single-wheel pioneers concentrated on building smaller, more agile personal transportation rather than human-sized hamster balls.

The micro-present monowheel’s feasibility, according to Bruce, is due to a convergence of technological advances. As the cost of producing rechargeable lithium-ion batteries and electric motors has decreased, it has become possible to assemble powerful and small personal automobiles.

Smartphones have made gyroscopes and accelerometers more widely available. Despite its flaws, Segway’s self-balancing technology helped advance the cause. Trevor Blackwell, a Canadian inventor, utilized the technique to develop a self-balancing “Electric unicycle” in 2004. Shane Chen, who previously invented the Solowheel electric standing unicycle, invented the first hoverboard in 2012.

Electric Unicycle Benefits: Are EUCs Really Worth It?

How Does an Electric Unicycle Work?