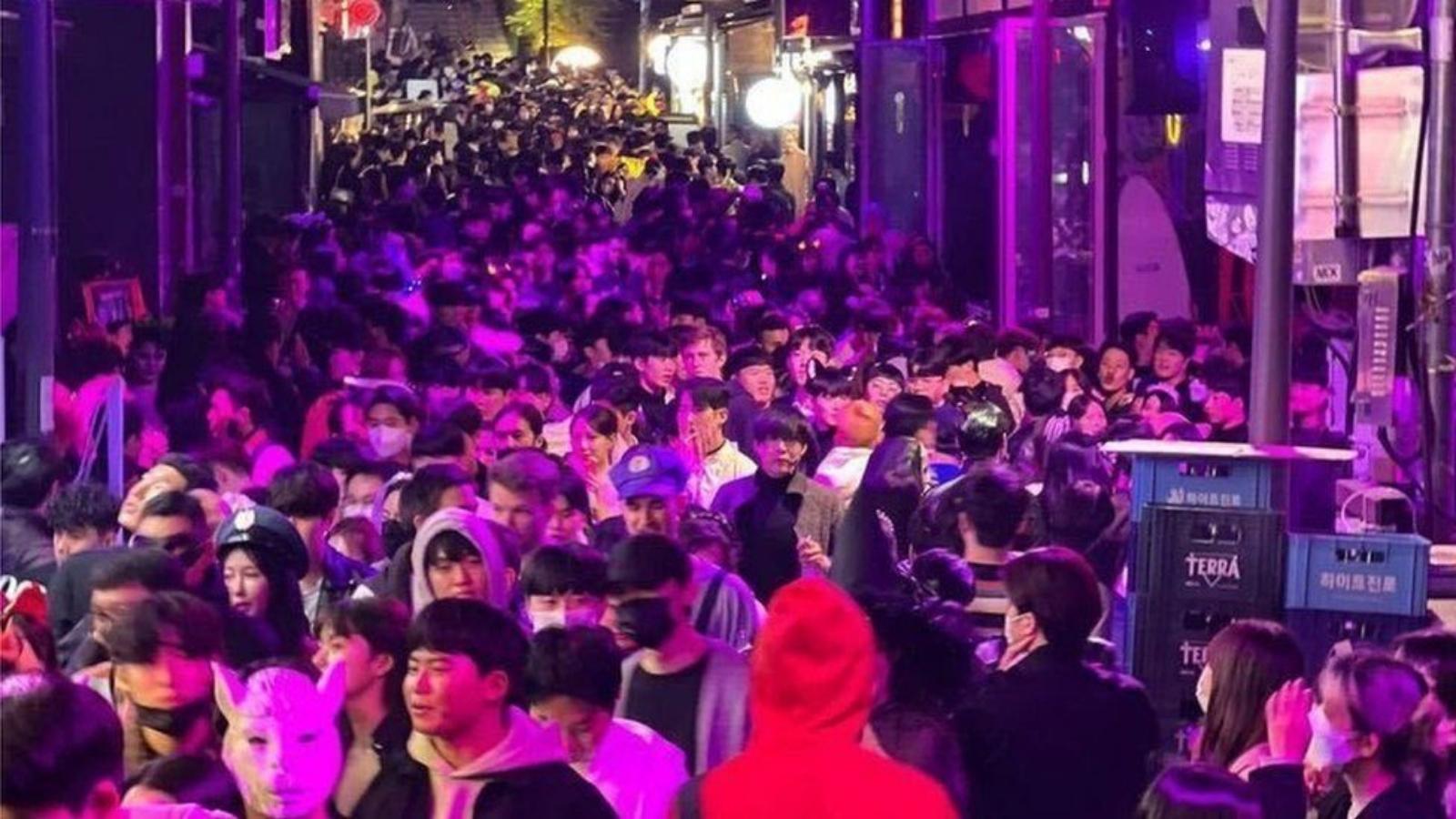 The first emergency call about the problem at Itaewon came in the early evening on October 29. The woman described a chaotic scene amid the winding streets of Seoul’s nightlife sector, saying, “It’s so chilling right now.” Additionally, there were a total of 11 calls to South Korea’s emergency police hotline (112) pleading with them to manage the crowds prior to the deadly Itaewon crush.

Consequently, the South Korean police opened an inquiry in response to growing calls for accountability. On Wednesday, authorities searched the Seoul Metropolitan Police Agency, police stations, fire stations, and emergency call sites to determine whether the responders to the calls “fulfilled their duty and took proper measures.”

In addition, the police took the extraordinary action of making the phone transcripts public. The transcripts have created a horrific picture of how the scenario developed, from nervous cautions to cries of panic.

The first emergency call made before the Itaewon crush tragedy unfolded

An Itaewon shopkeeper named Ms. Park described people getting off at the Itaewon subway station, coming up the small alley by Hamilton Hotel and Shopping Mall, mixing with people leaving the area as well as others queuing up to enter clubs, in the first emergency call at 18:34 local time, hours before the crush occurred.

Ms. Park claimed she made the call after going for a walk with her daughter and husband and became separated from them due to the dense crowds an interview with a local radio station CBS on Wednesday. They ultimately got together and hurried home.

Furthermore, she expressed her fear of being surrounded by groups that were far larger than what she was accustomed to seeing in the neighborhood on a weekend and her remorse that the incident occurred in spite of her forewarning.

“On my way home in the taxi, I thought the situation would have been different if I waited there until the police came, by forming a [human barrier] with others and letting young people know that the situation was dangerous. I regret it,” she spoke.

“The police might have taken stronger control by blocking the roads or controlling the subway if they knew that more people would come. But there was no police [on the ground] who could make such a decision, or take action.”

According to Ms. Park, the police did not text her to clarify their quick steps after her call, which is rare for South Korean police, who take pleasure in their prompt and thorough follow-ups. On the other hand, according to police documents obtained by the Yonhap news agency, they mobilized officers for the call. But it is unknown how many they sent down and what they did.

Almost 11 emergency calls were made

A little over two hours later, starting at 20:09, the subsequent calls began to arrive. It was evident by that point that the situation had gotten worse. The callers recounted witnessing people tripping after being pushed and suffering injuries.

The third caller said, “People are falling and things are getting out of control because the road here is blocked at the three-way intersection.”

At 20:53, the fourth caller detailed a terrifying incident that happened close to the Bronze nightclub.

“I feel like I am going to get crushed… many people are being crushed… it is chaos,” the caller spoke over a crackling phone line. They begged the officer to “please help us” numerous times. And despite assuring the caller that they would send officers to the scene, according to police records, they didn’t. In fact, the police mobilized personnel for only four of the 11 phone calls that were made.

Moreover, in the hour before the crush, starting at 21:07, they didn’t send anyone out for any calls. According to the authorities, 137 cops were stationed at Itaewon that evening. However, the large number of people who flocked to the location plainly outnumbered them. A lone police officer was seen in a large throng urgently shouting and attempting to steer people away in one social media video that went viral.

Following the incident, the police chief issued an apology for what he called an “inadequate” response to the emergency calls.

The calls came in continuously throughout Saturday night, “getting briefer – and more urgent.” The sixth caller said, “I think there is going to be a real accident soon. Everything is insane.”

Additionally, the eighth phone call, placed at 21:10 in front of the Manam-e Kwangjang restaurant, located around 100 meters from Hamilton Hotel, illustrated how thick the crowds were. After that, a pause of roughly 40 minutes occurred. Then, the final calls started pouring in quickly and heavily, the majority coming from Hamilton’s alley, also known as ground zero.

The tenth caller sounded panicked and was mumbling. And the caller skipped the formalities on the final call at 22:11, which was also one of the briefest calls made. As soon as the police picked up, the caller pleaded urgently: “It feels like people can get crushed here.” That call ended abruptly and four minutes later, the deadly Itaewon crush began.