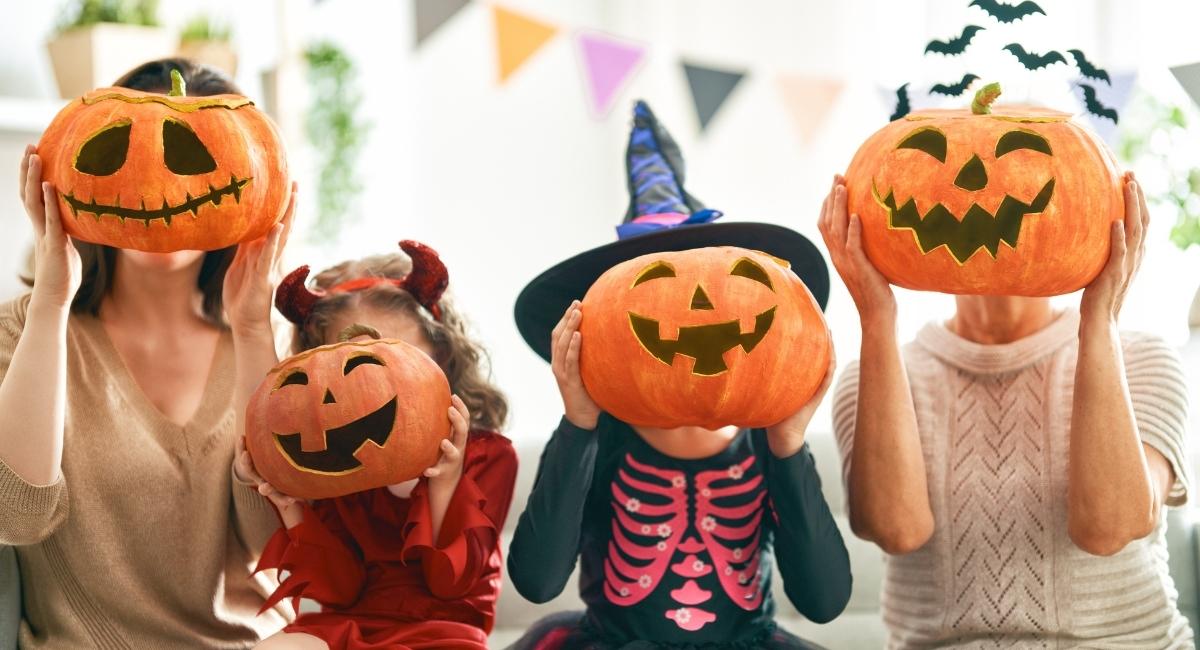 All the information you ever wanted to know about Halloween—pumpkins, black cats, and novelty music—is covered in these 12 facts given below.

1. The early history of Halloween

It’s appropriate that the origin of Halloween is a little hazy. Around 2,000 years ago, it began with the Samhain festivities of the Celts and Druids in Ireland, England, and Northern France. 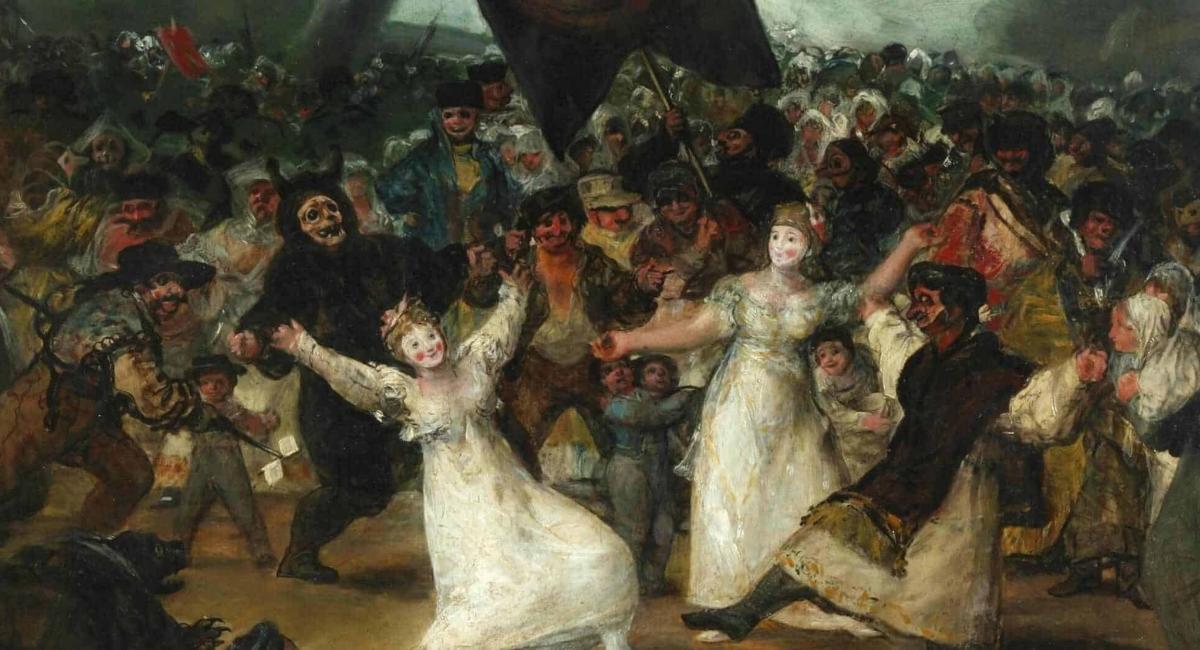 The Celtic New Year, Samhain, which was observed on November 1st, signaled the change from summer to winter. However, our knowledge about how people celebrated Samhain is based on stories of the occupying Romans because neither the Druids nor the Celts left written records. But, it appears that people observed it by igniting enormous bonfires and occasionally donning masks. During the Samhain holiday, according to the Celts, the spirits of the deceased would also return to their homes.

Furthermore, All Saint’s Day, also known as All Hallows’ Day, was transferred by the Catholic church from May 13 to November 1 in the seventh century, most likely in an effort to “Christianize” the pagan feast. And the preceding day gradually came to be known as Halloween and Hallow’s Eve. 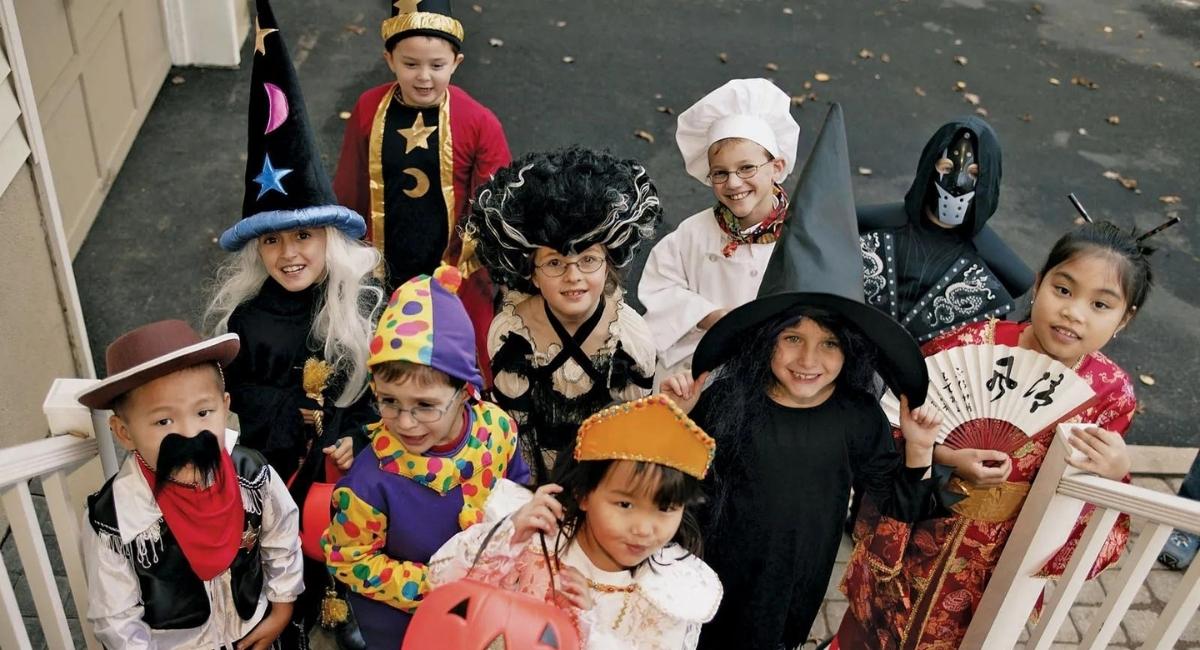 Moreover, some European Halloween traditions did occasionally survive in the more “liberal” colonies down south, where Halloween parties celebrated the harvest with ghost stories and possibly a lot of drinking. On another note, Halloween didn’t truly take off until the middle of the 19th century, when a sizable influx of Irish immigrants to the country brought their folk holiday with them.

Trick-or-treating is a tradition that has roots at least as far back as Ancient Greece. Since the dawn of time, many different holidays and festivals have been celebrated by dressing up, going door to door, and hoping to be asked in for some cake or something. 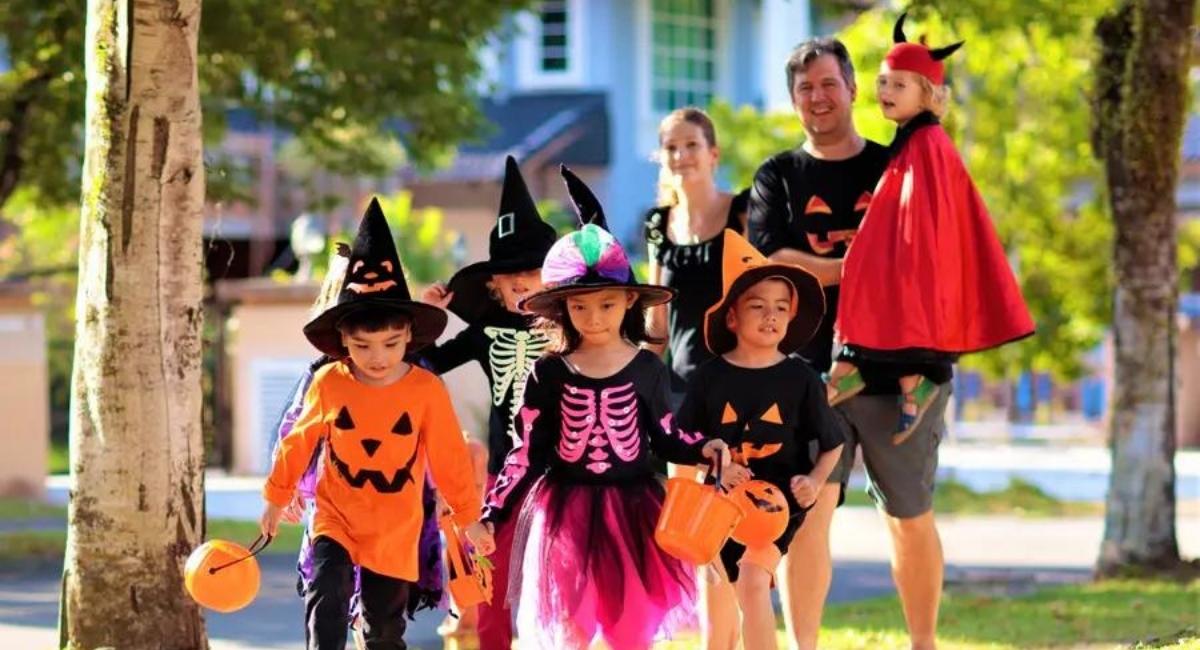 In the early 1900s, the word “guising,” which is short for “disguising,” started to be specifically connected with Halloween. It appears that Canada is where the phrase “trick or treat” first appeared. In addition, it was first used in print in 1917 in Ontario’s Sault Daily Star, when it was mentioned that on Halloween, dressed-up kids would knock on doors and promise not to cause trouble in exchange for treats.

Although she wasn’t a fan of kids, Elizabeth Krebs of Hiawatha, Kansas, is an unsung Halloween hero. Krebs, the founder of the Hiawatha Garden Club, adored flowers more than anything else, but in Kansas in the early 1900s, on “mischief night,” the night before Halloween, the local kids would go on the rampage through the town, invariably ruining Krebs’ meticulously tended flower beds. 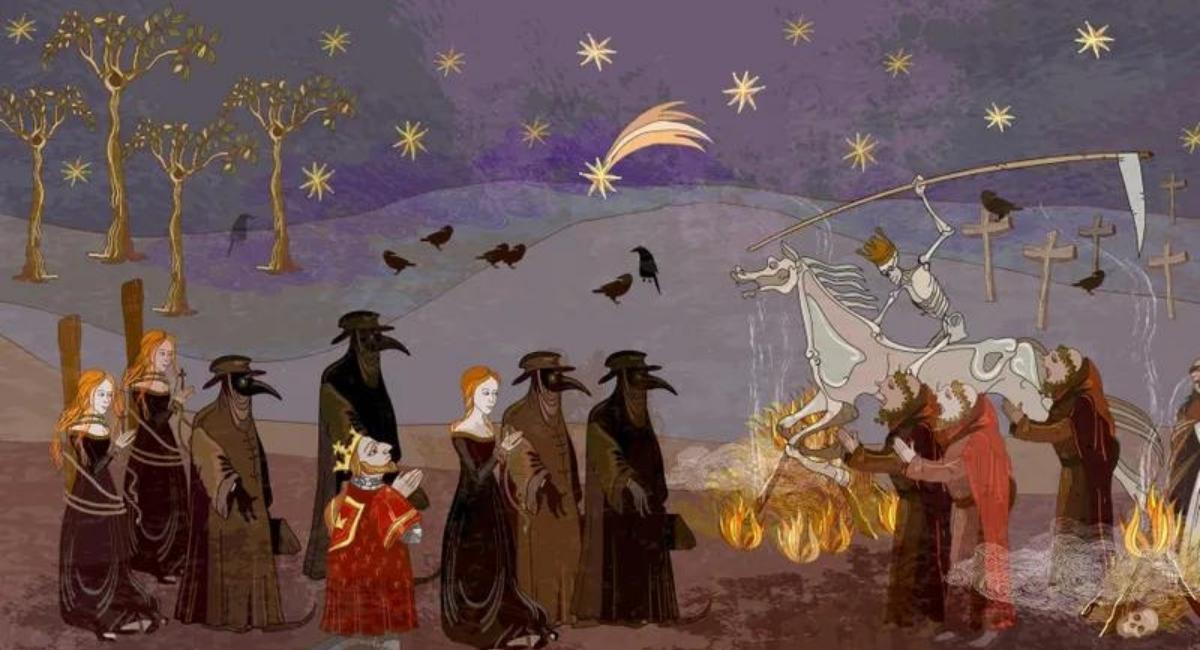 Furthermore, Krebs fought the vandals with love by organizing the first Halloween parade in U.S. history, embodying the can-do attitude of the American midwest. The Hiawatha Halloween Frolic of 1914 included a parade, a costume contest, food, and entertainment in an effort to divert the youngsters from destroying Ms. Krebs’ priceless bouquets of flowers.

So, you may thank Ms. Krebs for your neighborhood parade because the event gained popularity and led to the proliferation of Halloween parades and festivities across the nation. Or perhaps thank the disobedient teenagers.

Halloween, a 1978 movie by John Carpenter, served as the model for the “slasher” genre that dominated horror movies in the 1980s. It was one of the most financially successful independent films ever made, having cost only $300,000 to produce and earning over $47 million at the box office (about $150 million in today’s dollars). Twelve additional “official” Halloween films have been produced, in addition to many copies of Halloween (although some would disagree, arguing that Halloween III doesn’t count because it isn’t actually about Halloween). 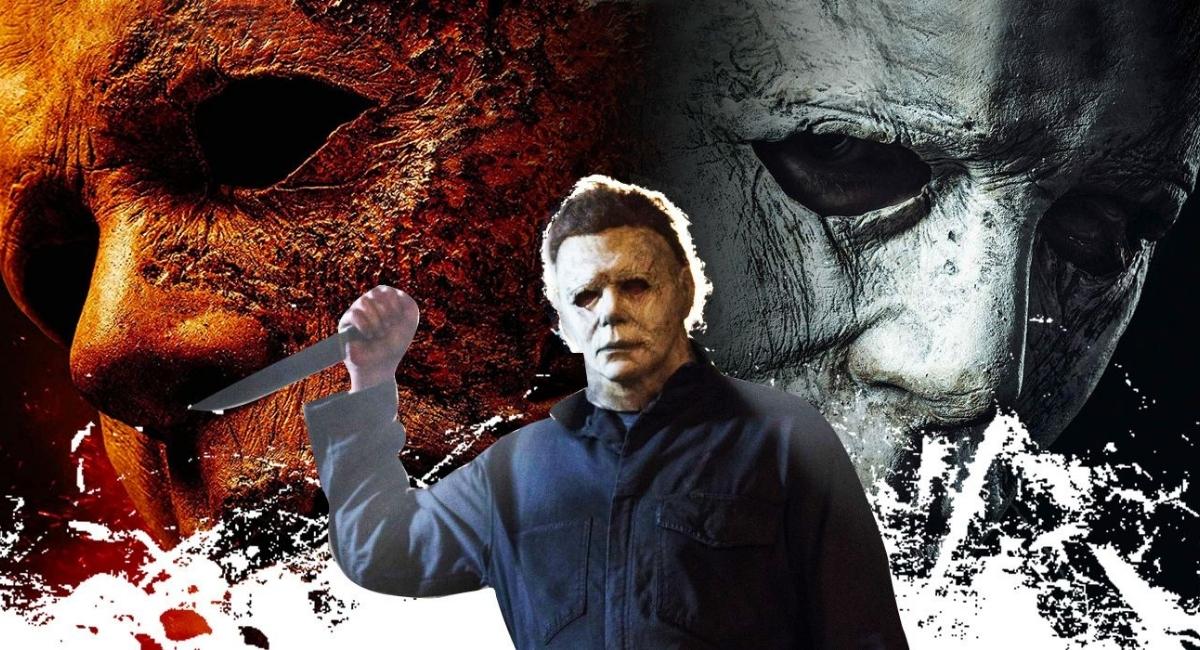 6. Christmas was once known as the “ghost story” holiday

Halloween culture is deeply entwined with ghost stories (and their contemporary equivalent, horror films), yet in Victorian England, Christmas was the ghost story holiday.

Jerome K. Jerome wrote in 1891, “Whenever five or six English-speaking people meet round a fire on Christmas Eve, they start telling each other ghost stories.” Despite the fact that the most well-known Christmas tale, “A Christmas Carol,” is a straightforward ghost story, the custom has all but disappeared.

7. Do witches or Satanists sacrifice black cats on Halloween?

Until recently, animal shelters and humane societies typically prohibited the adoption of black cats around Halloween. Additionally, this was partially based on the notion that warlocks, witches, druids, pagans, and/or Satanists would adopt dark cats to sacrifice them during terrible rituals on Samhain.

However, that isn’t actually the case. Generally speaking, Satanists enjoy cats and are quite boring. Nonetheless, the idea presumably originated from medieval accounts of witches with black cat familiars.

However, there is a non-folkloric explanation that pet adoption facilities occasionally give for restricting the adoption of black cats around Halloween – it is claimed that some individuals may adopt black cats as eerie decorations for Halloween just to abandon them on November 1. But this is also hearsay.

8. You are being misled about pumpkins

Pumpkins are not vegetables, they are fruits. In fact, the pumpkin is a berry in theory. 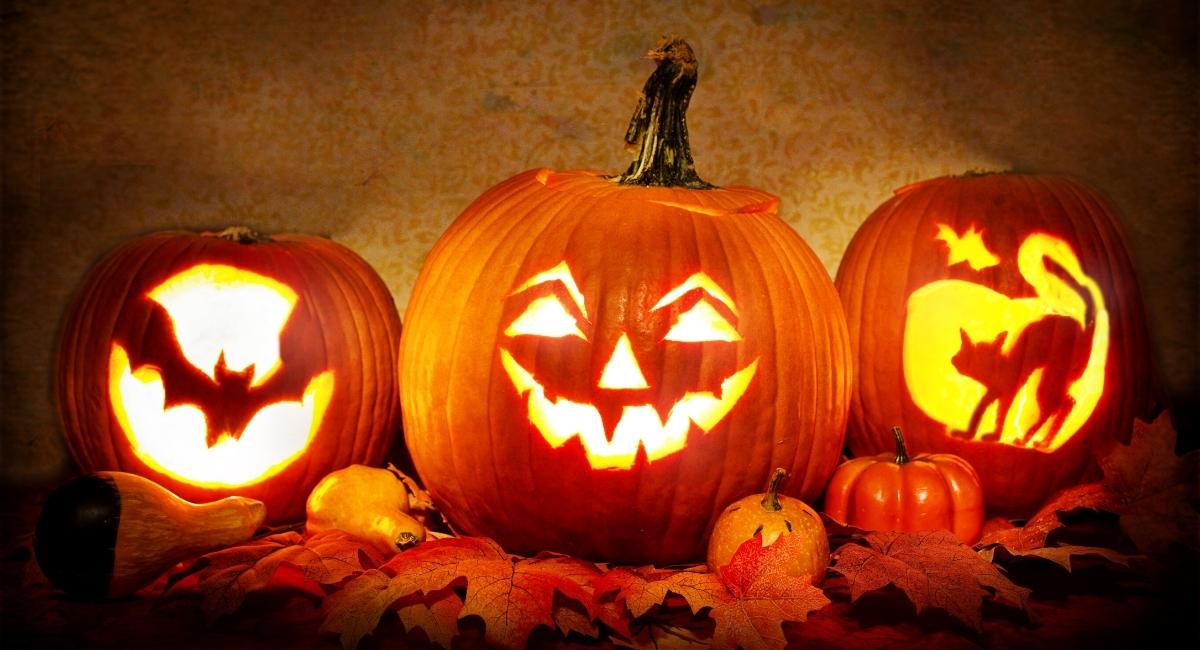 Moreover, pumpkins are a fruit because they are the product of a blooming plant’s seed-bearing structure. According to botany, berries are “simple, fleshy fruits that typically include many seeds,” like a pumpkin.

9. Illinois: The pumpkin state of America

The season for decorative gourds is in full swing as we approach Halloween, and the majority of the holiday’s most adored gourds—pumpkins—come from Illinois, our gaudiest state. It’s also not a tight race – Illinois produces twice as many ornamental and pie pumpkins as California, which came in second.

10. A Toyota Corrola’s weight is comparable to certain pumpkins 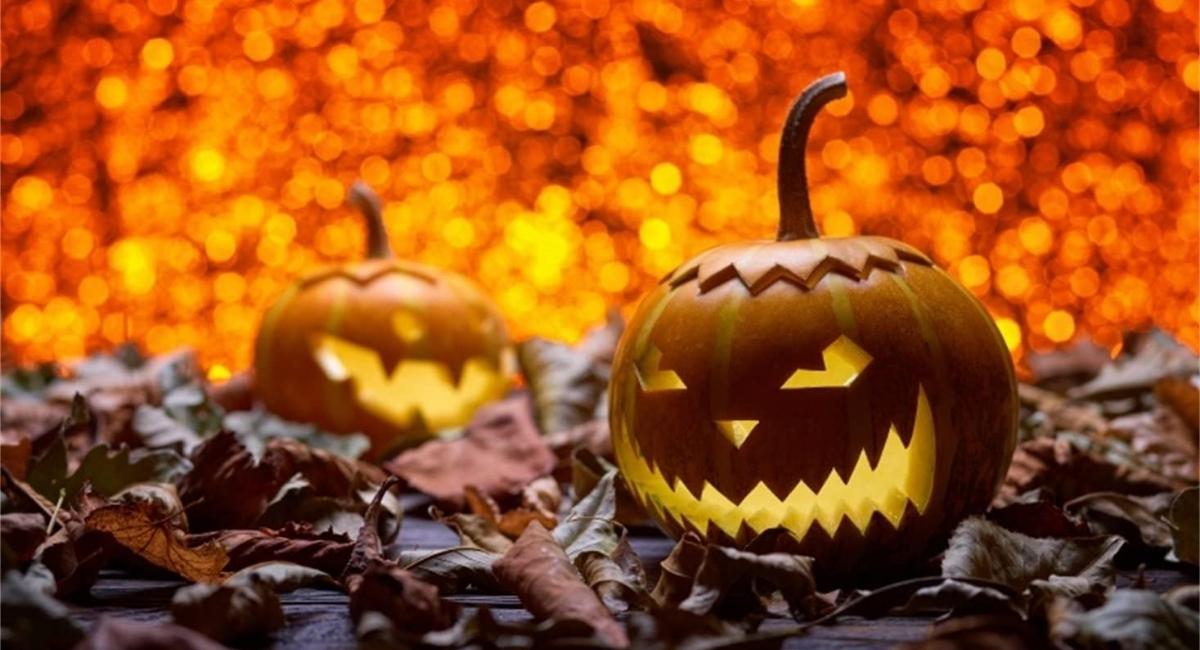 There are folks who spend their entire life cultivating enormous pumpkins. And the biggest one ever weighed about 1.5 tonnes. The prize-winning berry, grown by Italian gourd-fetishist Stefano Cutrupi, weighed 2,702 pounds in 2021 at the Big Pumpkin Festival in Peccioli, Italy.

11. About “The Monster Mash,” the unofficial anthem for Halloween

The closest thing we have is “The Monster Mash,” Halloween’s unofficial anthem since explicitly Halloween-related songs never gained popularity like Christmas carols. (Well, maybe “Somebody’s Watching Me” by Rockwell gets close.) Bobby “Boris” Pickett created “Monster Mash,” a product of the 1960s monster mania, as a chance to showcase his monster impersonation abilities and parody the “dance craze” songs that were popular at the time. When it was first released in 1962, “Monster Mash” topped the Billboard charts, and it later returned in 1970 and 1973.

Additionally, until the 2000s, Pickett continued to release novelty music, but she was never able to match the charm of the first release.

12. Pet costumes are the hottest trend for Halloween

Everyone dresses up their animals these days. Up from “only” 12% in 2012, 17% of Americans stated they intended to dress their animal in 2019. According to the National Retail Federation, annual spending on pet costumes is getting close to $500 million. 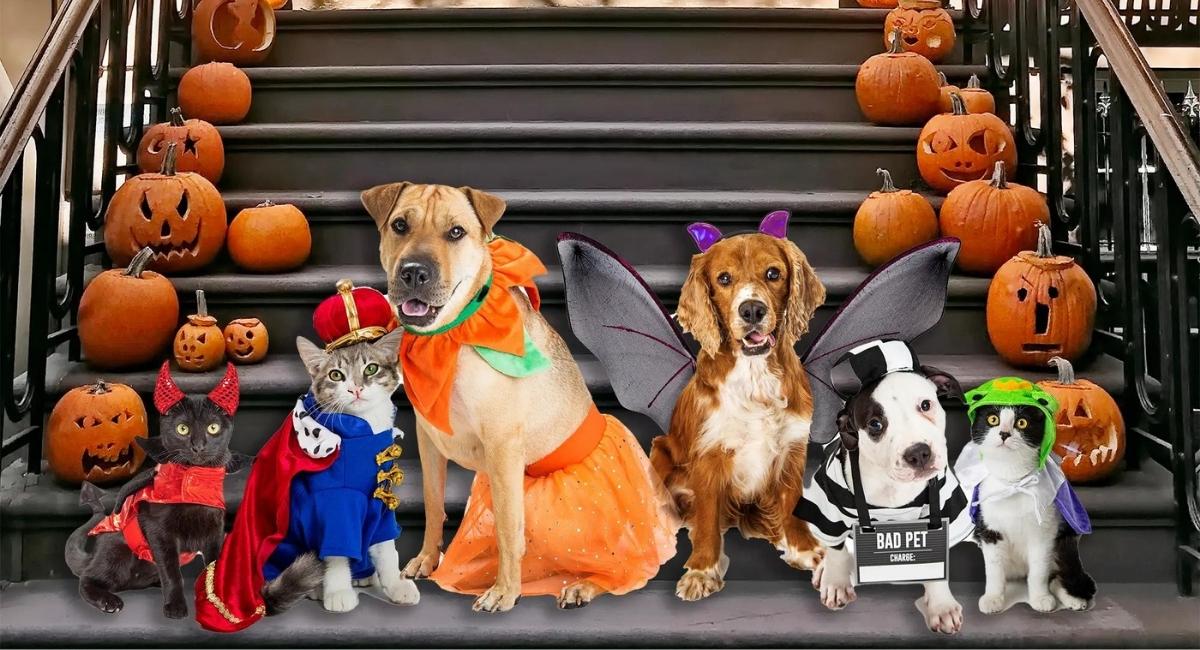 Besides, almost everyone enjoys seeing dogs and cats dressed up, but some veterinarians advise against the practice. “Dressing up animals or otherwise unnaturally changing their appearance is not only unnecessary and potentially harmful but in some cases can also prevent pets from expressing their natural behaviors and from using their body language to communicate,” according to a spokesperson for the British Vet Association.