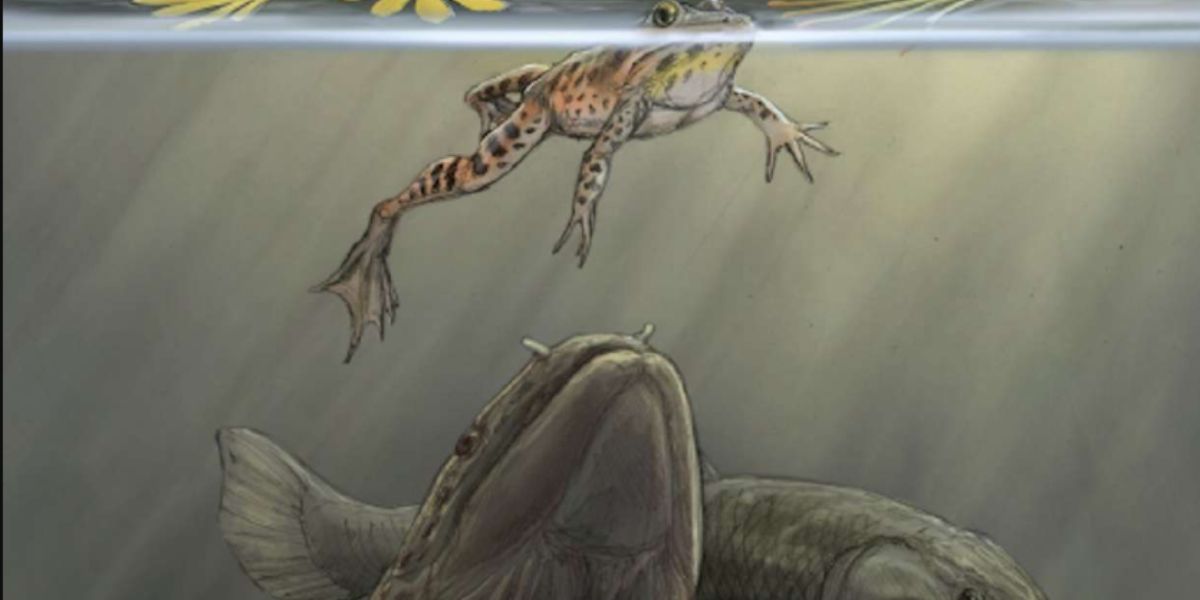 A recently discovered fossil in southeast Utah appears to show the type of prey that predators feasted on back in the age of dinosaurs and when the region wasn’t quite the desert, it is today.

Utah paleontologists discovered a pile of amphibian bones that they say appear to have been puked out by some sort of predator. This prehistoric vomit is believed to be 150 million years old, according to paleontologists with the Utah Geological Survey, Utah Division of State Parks, and the Flying Heritage & Combat Armor Museum in Washington.

“This fossil gives us a rare glimpse into the interactions of the animals in ancient ecosystems,” said John Foster, the curator of the Utah Field House of Natural History State Park Museum and one of the study’s co-authors, in a statement Tuesday.

The team searched the Morrison Formation, a well-known paleontological location noted for its fossils from the late Jurassic epoch, which dates from roughly 148 million years ago to 155 million years ago. Although it is primarily recognized for its dinosaur bones, scientists have also discovered a wide variety of other species there, including fish, salamanders, and frogs.

The formation in Southeast Utah is primarily composed of ginkgoes, ferns, and conifers, although paleontologists have also discovered frogs and bowfin fish there. These findings lead them to speculate that the area formerly contained either a pond or a small lake.

However, the group recently found a strangely placed fossil during a survey. The “smallest documented salamander specimen from the formation” was a group of bones that contained “elements” of at least one tiny frog or tadpole, according to the study’s authors. These bones were among the smallest in the formation; some of them were only 0.12 inches long.

They continued by stating that the fossil’s chemical composition and bone structure proved it to be a regurgitate, a fossilized form of vomit. The scientists observed that it was the first discovery of its sort in both the Morrison Formation and the Jurassic period in North America.