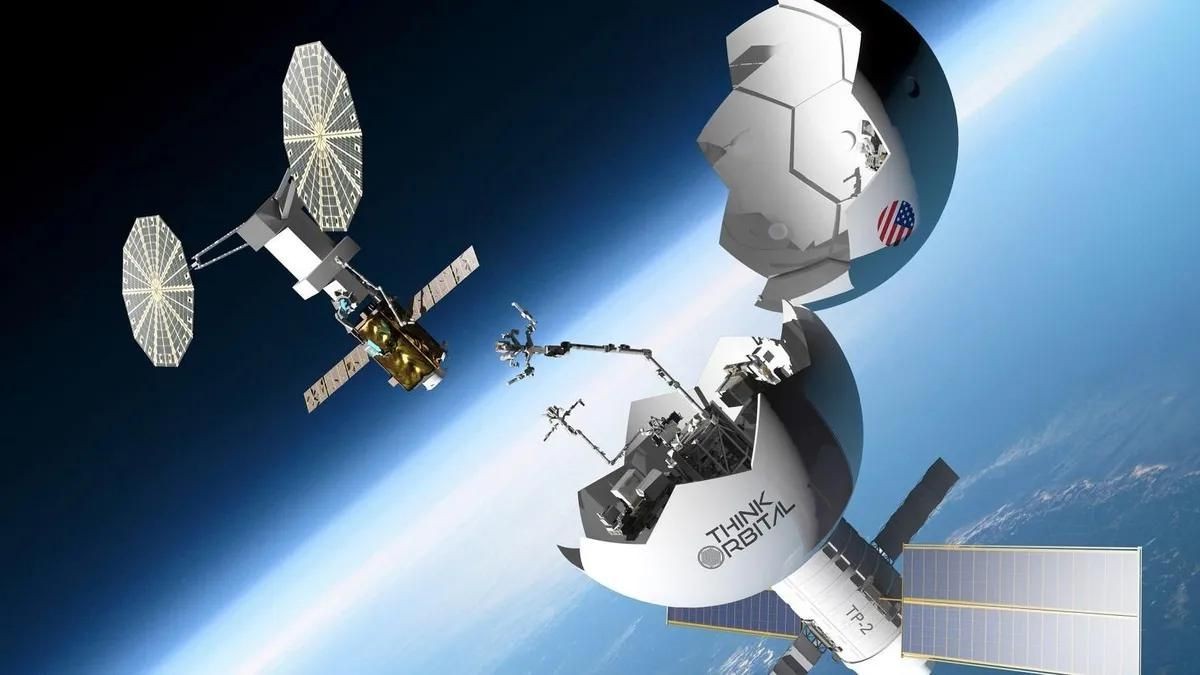 A Soyuz spacecraft connected to the International Space Station (ISS) began leaking coolant in low Earth orbit on Wednesday, forcing the cancellation of a Russian spacewalk. That might mean that the three astronauts—one from NASA, two from Russia—lose their flight back to Earth.

The Soyuz spacecraft’s “external casing” on the service module appears to have been damaged, causing the leak, Russian state-run media TASS reported based on a statement from Russia’s space agency Roscosmos. The crew aboard the International Space Station was not harmed. According to the statement, a “visual inspection confirmed the leaking,” which compelled Roscosmos to postpone the spacewalk. The Soyuz service module’s damage is still under investigation for its root cause.

The spacewalk was set to start at 9:20 p.m. ET on Wednesday, and cosmonauts Sergey Prokopyev and Dmitri Petelin had put on their spacesuits and were getting ready to leave the space station. But two hours earlier, NASA reported in a blog post, ground crews had discovered “substantial leaking of an unknown chemical” from the Soyuz MS-22 spacecraft. A disturbing flood of particles that blasted out of the ship and into space were seen for more than three hours on NASA’s broadcast of the spacewalk.

Later, the Soyuz sensor reading that revealed a decrease in the pressure of the spacecraft’s cooling system was reported by the ISS crew. Russian cosmonaut Anna Kikina took pictures of the ship for further analysis and used a robotic arm outside the space station to have a closer look at the coolant leak.

It is still unclear if the damaged spacecraft will now be able to transport its related personnel down to Earth, although the ISS crew was never in any danger. The Soyuz spacecraft carried astronauts from NASA Frank Rubio and Roscosmos Sergey Prokopyev and Dmitri Petelin, who are scheduled to return to Earth in the spring of 2019. The SpaceX Crew Dragon was used to carry NASA astronauts Nicole Mann and Josh Cassada, Koichi Wakata of the Japan Aerospace Exploration Agency (JAXA), and Kikina of Roscosmos to the International Space Station for their six-month mission. On the other hand, the Crew Dragon would not be able to transport so many passengers back to Earth.

Rubio, Prokopyev, and Petelin would basically be stuck on board the International Space Station (ISS) until a new ship is launched to the orbiting lab, even if the Soyuz MS-22 might still function as a return vehicle if Roscosmos and NASA determine it to be unsuitable. Easier said than done, according to SpaceNews: “Roscosmos could launch the next Soyuz to the station without any crew on board as a replacement, but it’s uncertain when the spacecraft, Soyuz MS-23, could be prepared for launch, and doing so would affect future crew rotations. Soyuz MS-23 is currently scheduled to launch to the station in March 2023 with two Roscosmos cosmonauts and one NASA astronaut.”