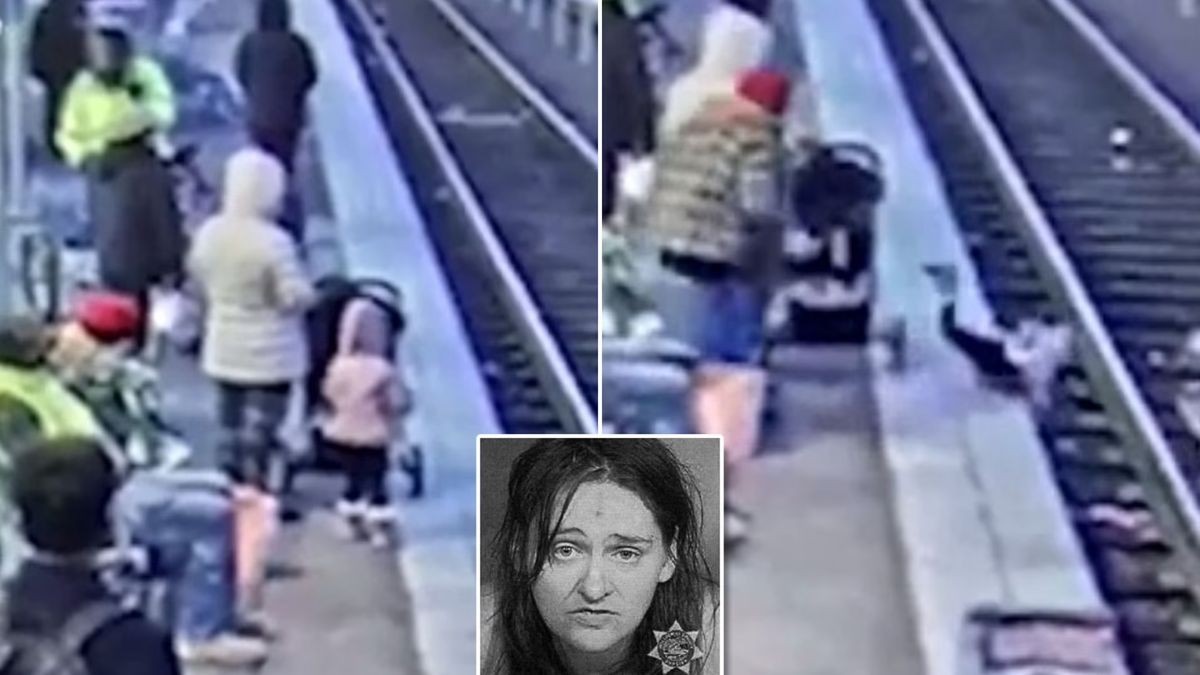 According to the Multnomah County District Attorney, a 32-year-old Portland woman has been charged with assault for allegedly forcing a 3-year-old toddler onto train tracks at the Gateway Transit Center MAX platform in Northeast Portland, Oregon, on Wednesday night.

In security footage that Oregon Live was able to obtain, Brianna Lace Workman can be seen pushing herself off a bench to push a child who was waiting for the train with their mother. According to the authorities, the child had no prior interaction with Workman.

Furthermore, the District Attorney’s office stated in a press release, “The child landed face-first onto the metal rail and rocks before being quickly rescued from the train tracks,” adding, “The child reported a severe headache and had a small red mark on their forehead after the incident.”

According to Oregon Live court documents revealed that Workman is a homeless person who resides in Portland.

Additionally, the authorities asked that Workman be held without bail and kept in detention.