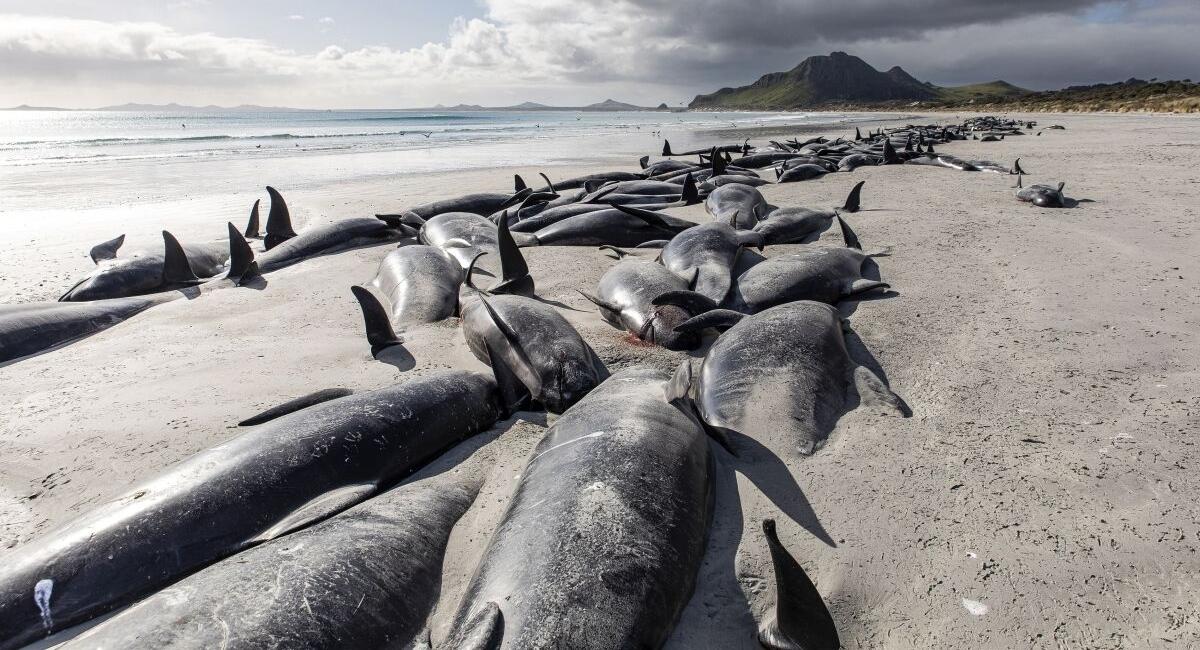 Officials report that over the past few days, 477 pilot whales died after stranding themselves on two isolated beaches in New Zealand.

In a “heartbreaking” loss, all of the stranded whales were euthanized or died naturally because they were unable to refloat them, according to Daren Grover, general manager of Project Jonah, a nonprofit organization that assists in whale rescue.

Furthermore, the whales beached themselves on the Chatham Islands, situated roughly 800 kilometers (500 miles) east of New Zealand’s major islands, which have a population of around 600. 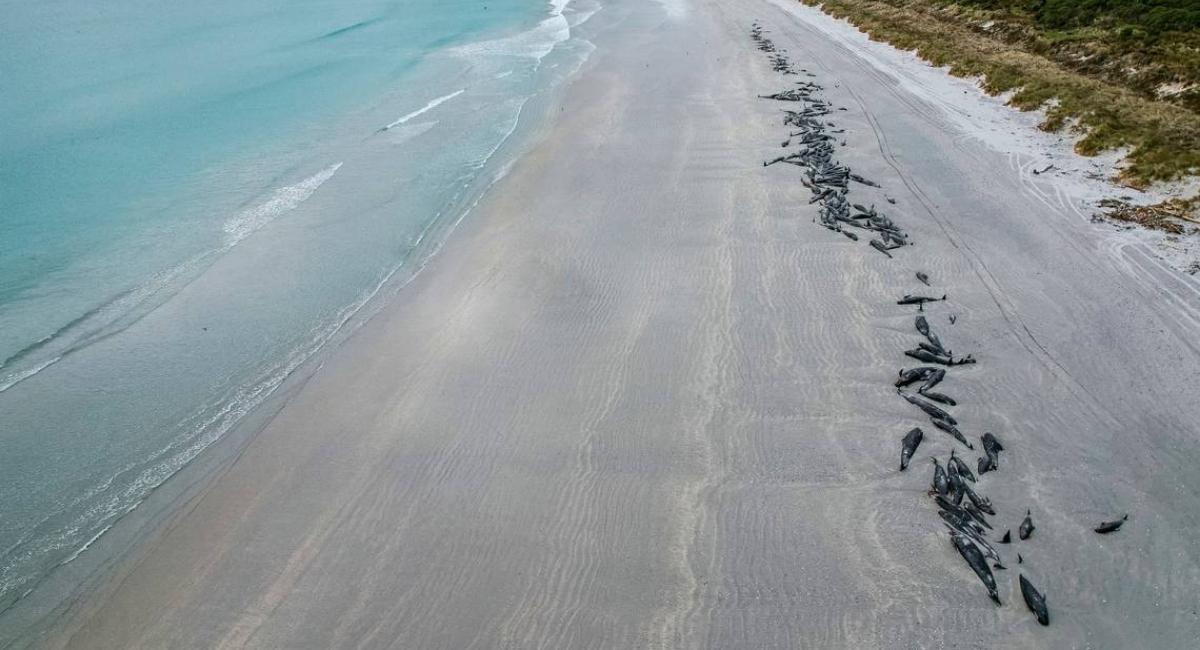 According to the Department of Conservation, 245 whales stranded themselves at Waihere Bay on Monday and 245 whales did the same at Tupuangi Beach on Friday. 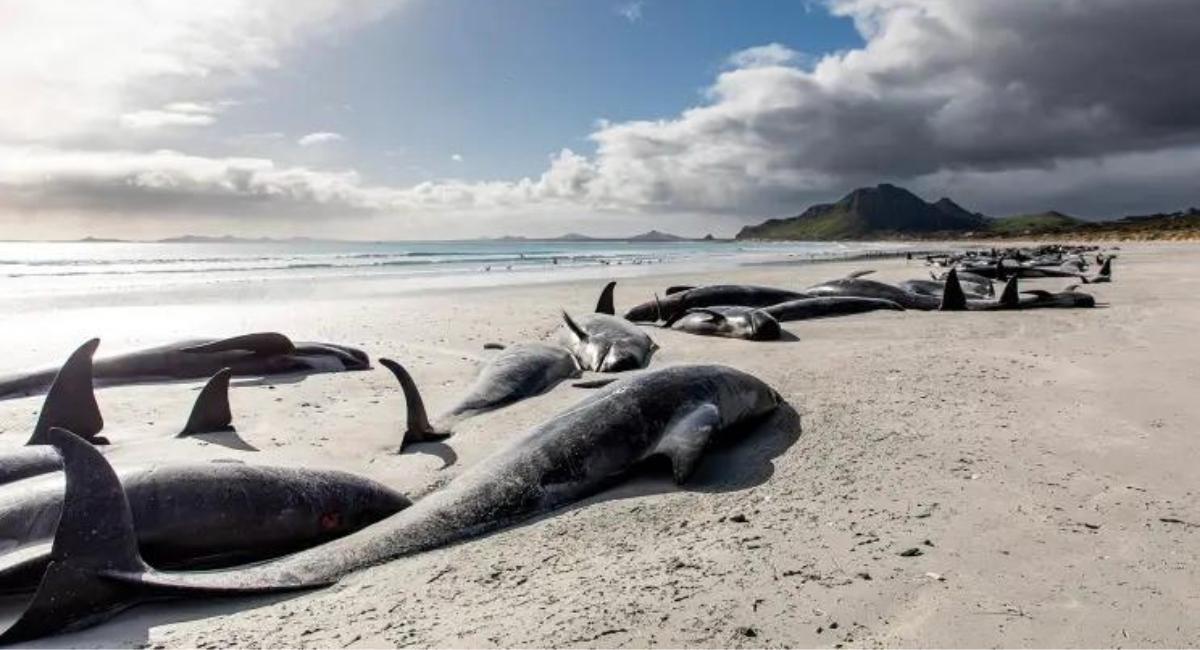 According to a Facebook post from the Department of Conservation, “These events are tough, challenging situations. Although they are natural occurrences, they are still sad and difficult for those helping.”

Grover claimed that they couldn’t organize volunteers to try to refloat the whales as they did in previous stranding situations due to the isolated location and the possibility of sharks in the nearby waters.

According to Dave Lundquist, a technical marine advisor for the conservation department, “We do not actively refloat whales on the Chatham Islands due to the risk of shark attack to humans and the whales themselves, so euthanasia was the kindest option.” 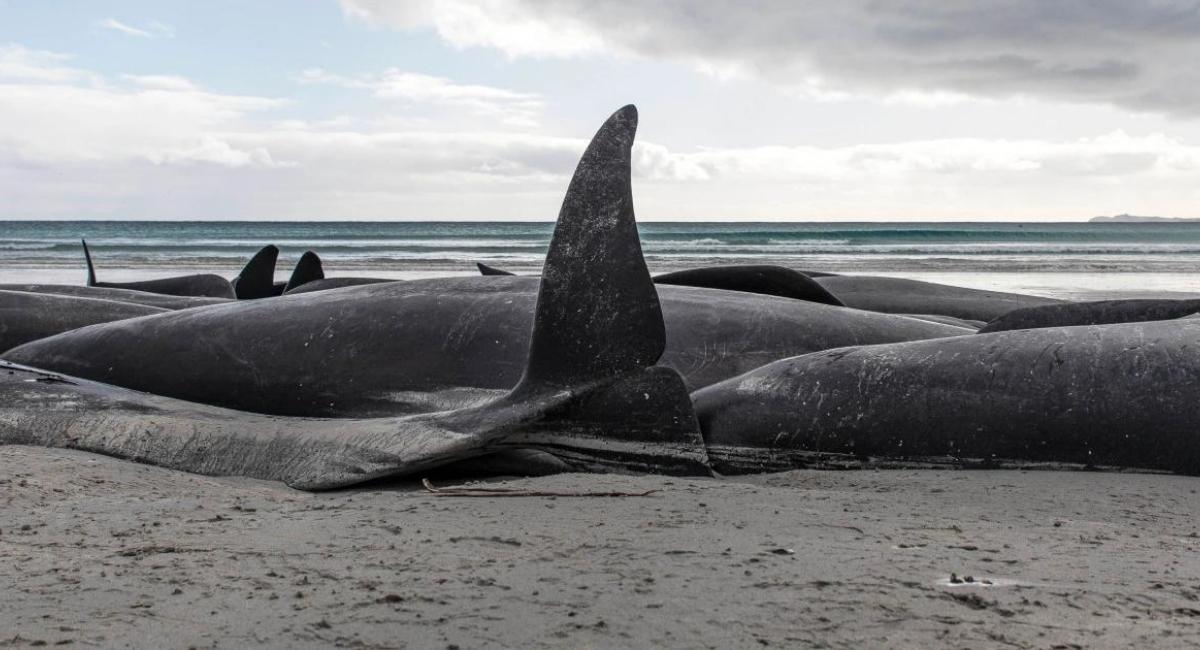 Besides, mass strandings of pilot whales are fairly common in New Zealand, particularly in the summer. However, scientists are unsure of the exact reason for these strandings. But, they think it is likely due to the gently sloping sandy beaches that might confuse the whales’ location systems.

On another note, Grover claimed that there is an abundance of food for whales in the area of the Chatham Islands. Additionally, when they approach the shore, the water swiftly changes from being quite deep to shallow. 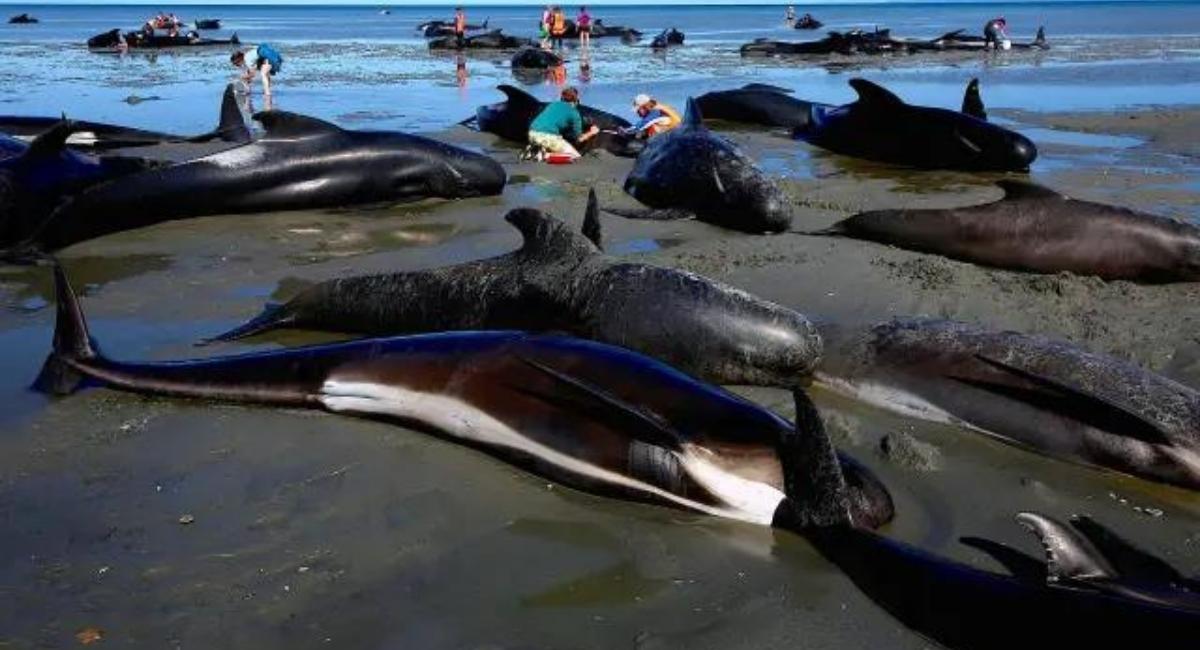 Additionally, whales rely on their echolocation, but it doesn’t alert them when they are low on water, according to Grover. Hence, “they come closer and closer to shore and become disoriented. The tide can then drop from below them and before they know it, they’re stranded on the beach.”

Grovers also revealed that they won’t bury the whale carcasses or tow them out to sea due to the beaches’ remote location. Instead, they will leave them to decompose. “Nature is a great recycler and all the energy stored within the bodies of all the whales will return to nature quite quickly,” he said.