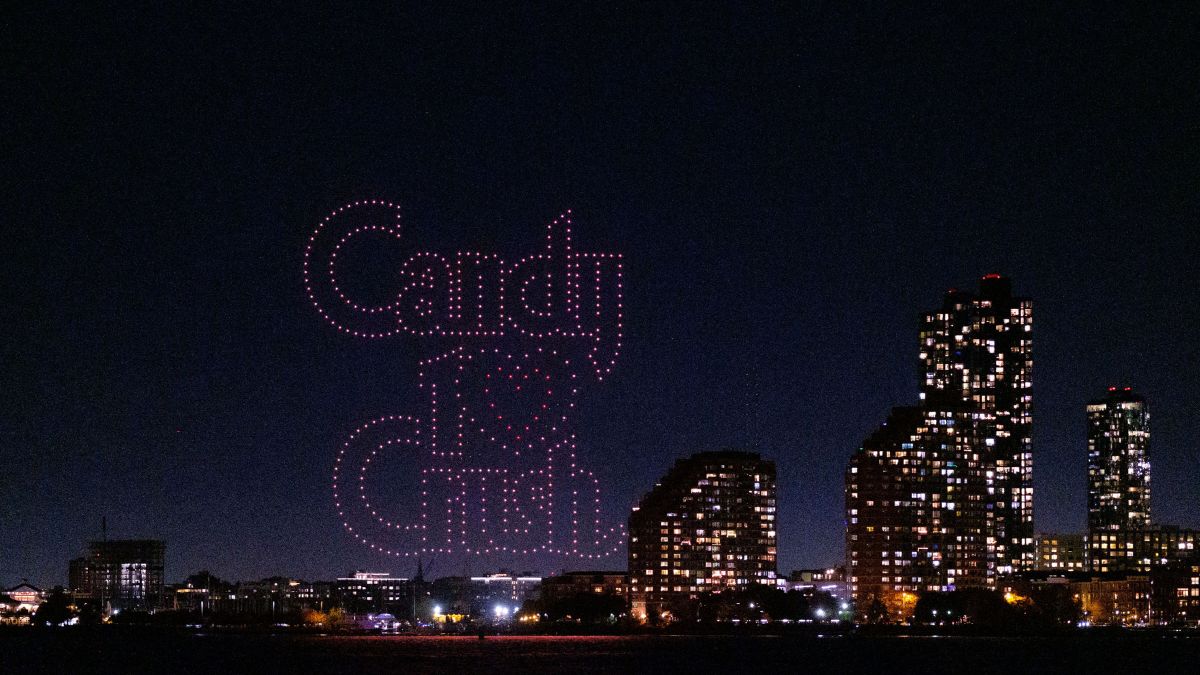 At least 500 drones will lift off from the shore of New Jersey on Thursday night to perform a choreographed dance in the sky that will resemble the vibrant experience of swiping candies off of a smartphone screen.

In an airborne commercial for the well-known mobile video game Candy Crush, the swarm of drones will pulse with LED lights from miles of Lower Manhattan, according to a Gothamist report.

But other New Yorkers find the exhibit confusing and wonder why the skyline of the city needs to mimic a business logo.

The strange initiative, according to Candy Crush’s chief marketing officer Fernanda Romano, is the most current endeavor in the field of drone light displays, a quickly developing technology that allows companies to turn the sky into the “biggest screen on the planet.”

Some people, however, consider the drone display to be less than “sweet” and more of an undesirable source of visual pollution, environmental disruption, and perhaps even a violation of the city’s stringent drone use restrictions.

It is “outrageous,” according to state senator Brad Hoylman of Manhattan’s West Side, that such a show will deface the city’s skyline for individual gain.

Even though he was invited, he argued that it would be “offensive” to the city’s residents, laws, and wildlife.