Home » News » 72yo woman rides bike from Sweden to Egypt for climate conference, others arrive by private jet 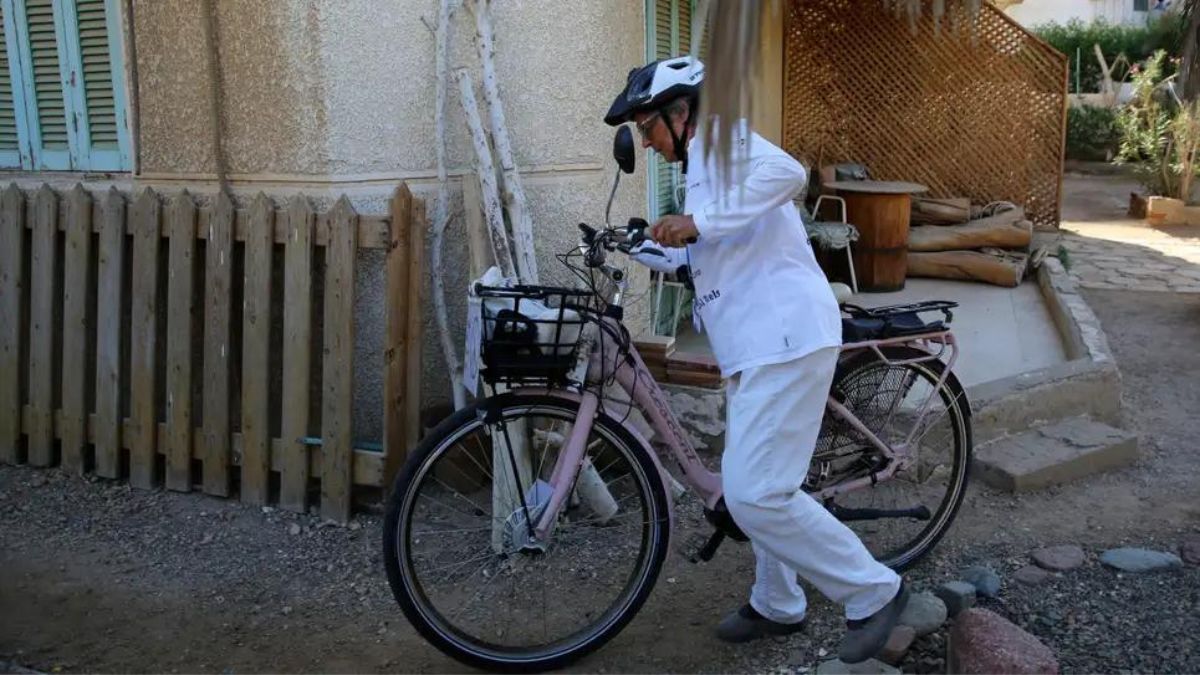 Last week, a 72-year-old climate activist rode her electric bike all the way from Sweden to Egypt in time for COP27. Her task? According to the Associated Press, this is done to create awareness about soaring emissions and climate change.

Dorothee Hildebrandt arrived last week on her pink e-bike in Egypt’s Red Sea resort city of Sharm el-Sheikh (nickamed Miss Piggy). She rides her bike to the conference centre daily to attend the climate talks, and she wants world leaders to keep their climate commitments.

According to FlightRadar24, 36 private jets landed in Sharm el-Sheikh from November 4 to 6. It’s possible that more private jets flew into Egypt around the outset of COP27, but tracking every single flight is difficult. Hildebrandt’s journey was documented online, with snippets from her stops in France and Turkey.

Climate activists from Extinction Rebellion and Scientist Rebellion staged blockades at many private jet airport terminals in England last week, according to The Guardian. Last week, activists also stopped private jets in other countries, along with Spain and Germany.

This year, celebrities who own private jets have come under fire for their high-emitting way of life. This past July, netizens dubbed reality star Kylie Jenner a “climate criminal.” Her private jet flew from Camarillo to Van Nuys, two Los Angeles suburbs about a 45-minute drive apart. Driving over 2,400 miles in an energy car produces the same amount of emissions.

Taylor Swift, aka Miss Americana, is said to have generated 8,293.54 tonnes of carbon from 170 trips in the first half of this year. That is more than 100 times the average US household’s annual emissions. And, despite his ostensible support for climate activism and progressive climate policy, the new King of England, Charles III, landed at COP26 last year via private jet, according to MarketWatch.