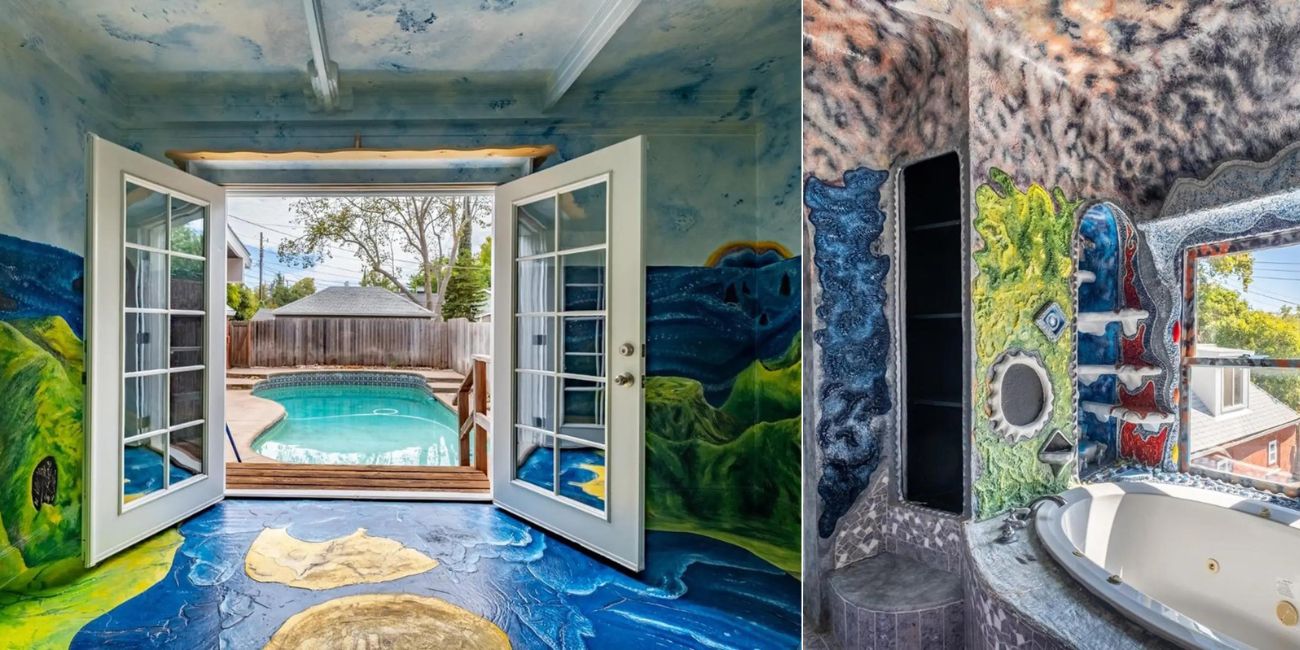 A California real estate listing has gained a lot of attention online for being much more than it first appears to be.

Following the late owner’s peaceful passing at the residence earlier this year, the former residence of a “well renowned psychiatrist in Sacramento” has been put on the market for $825,000, according to agent Janet Carlson of Lyon Real Estate. Being “privileged to know him for the last 20 years,” Carlson, who lives across the street from the Coleman Way four-bedroom, is now listing her neighbor’s 2,320 square foot single-family home for $825,000. All of the interior artwork, including the virtually entirely painted ceilings, floors, and walls as well as the mosaic-adorned and otherwise whimsically decorated walls, is the work of the late owner. He also loved to garden, and as a result, there are now hundreds of potted plants in the driveway and backyard. Carlson described him as “a very smart and creative man who lived alone and created his artwork in his spare time.” He adored musical theater, particularly its costuming and scenic design, and was a huge admirer of Catalan architect Antoni Gaudi. If you look closely, you can also see in the work, which he spent over his 25 years living in the house, his preoccupation with prime numbers, astrological signs, and the four elements. He used his ingenuity to create things with the help of a carpenter, and over the years, the land was covered with more than 5,000 tubes of caulking compound. The final product, according to Carlson, “felt a lot like being in the elvish kingdom on a set in the ‘Lord of the Rings’ trilogy.”