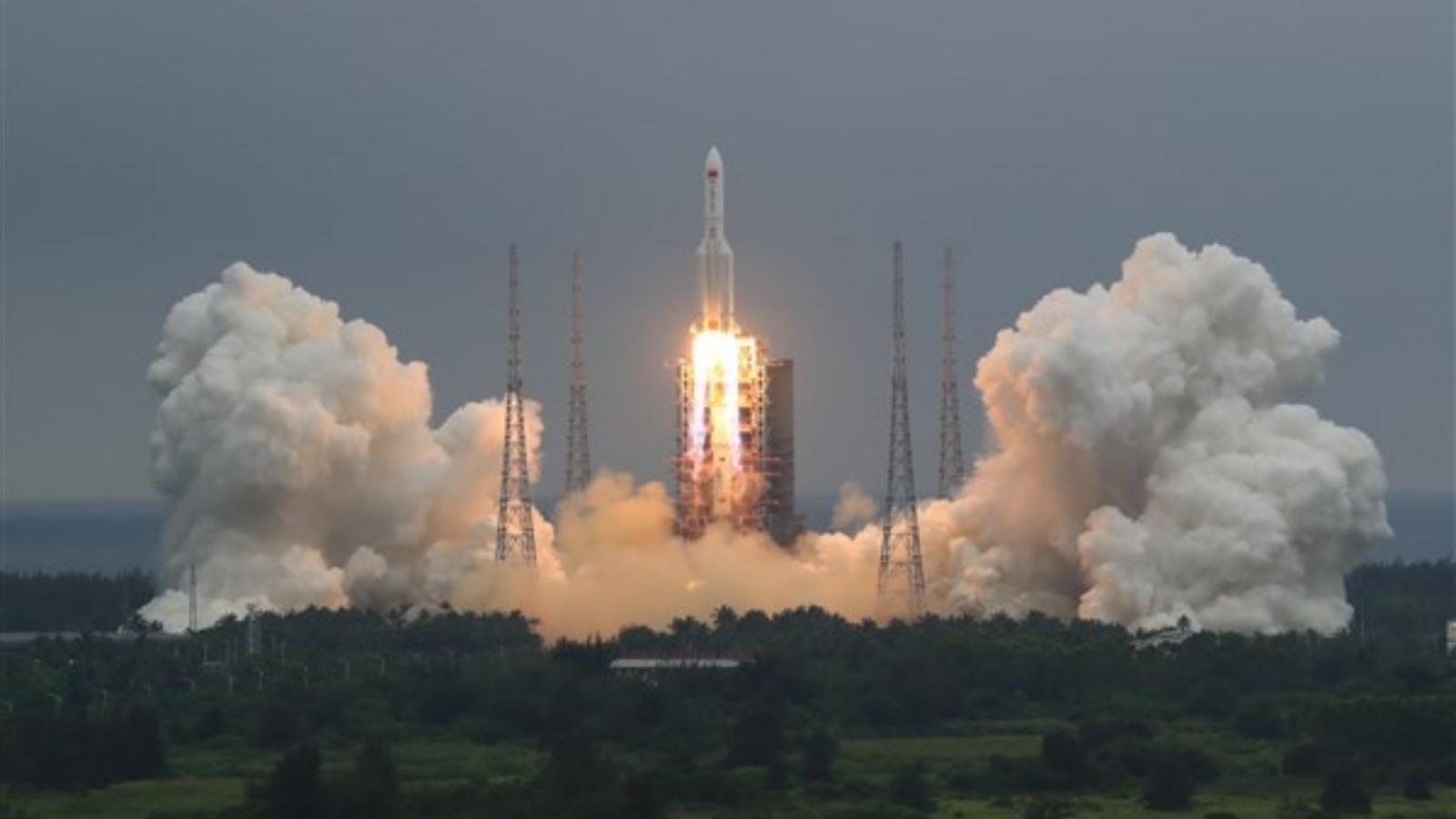 According to a report by Space.com, a significant piece of Chinese space junk is expected to return to Earth on Friday, November 4, although its precise location and arrival time is uncertain. The projected space debris to impact our planet is the 23-ton (21 metric tonnes) core stage of a Long March 5B rocket, launched on Monday, Oct. 31, after deploying the third and final module for China’s Tiangong space station.

Since then, the rocket body has been descending due to atmospheric drag. On Friday morning, according to the most recent measurements and calculations, the Long March 5B should come down. According to Space.com, this prediction is still subject to inaccuracy. Additionally, the Aerospace Corporation predicts that on Friday at about 7:20 AM EDT (11:20 PM GMT), there will be an atmospheric reentry.

Almost all of Central America, the majority of Africa, a section of southeastern Australia, some of North America, and other regions are at risk of being hit by falling space debris due to this expansive timeframe. Furthermore, Long March 5B core stages uncontrollably fell back to Earth on all three of the vehicle’s prior missions, most recently in July when the rocket carried the Wentian module up to Tiangong.

Moreover, SpaceX’s Falcon 9 and Falcon Heavy, which both land in one piece for potential future reuse, are examples of orbital rockets whose first stages are designed to be quickly thrown into the ocean or over uninhabited terrain following launch. However, the Long March 5B core stage is unable to steer itself down once it enters orbit and must instead rely on the atmospheric drag to carry out the difficult tasks.

Our latest prediction for #CZ5B rocket body reentry is:
🚀04 Nov 2022 11:20 UTC ± 3 hours
Reentry will be along one of the ground tracks shown here. It is still too early to determine a meaningful debris footprint. Follow here for updates: https://t.co/KZZ9LgLk0k pic.twitter.com/GlnE8C0Iok

Additionally, the U.S. Global Surveillance Network is currently monitoring 30,000 items greater than 4 inches (10 cm) in size. According to the European Space Agency, one million particles are currently orbiting the Earth at a speed of 0.4 inches (1 cm).

According to research, during the next ten years, humanity will be minimally yet significantly impacted by space debris returning to Earth. And this is more likely to happen at southern latitudes as opposed to northern ones. According to the analysis, there are approximately three times as many odds of a rocket body crashing at the latitudes of Dhaka, Bangladesh, Jakarta, Indonesia, or Lagos, Nigeria as there are in New York, Moscow, and Beijing.