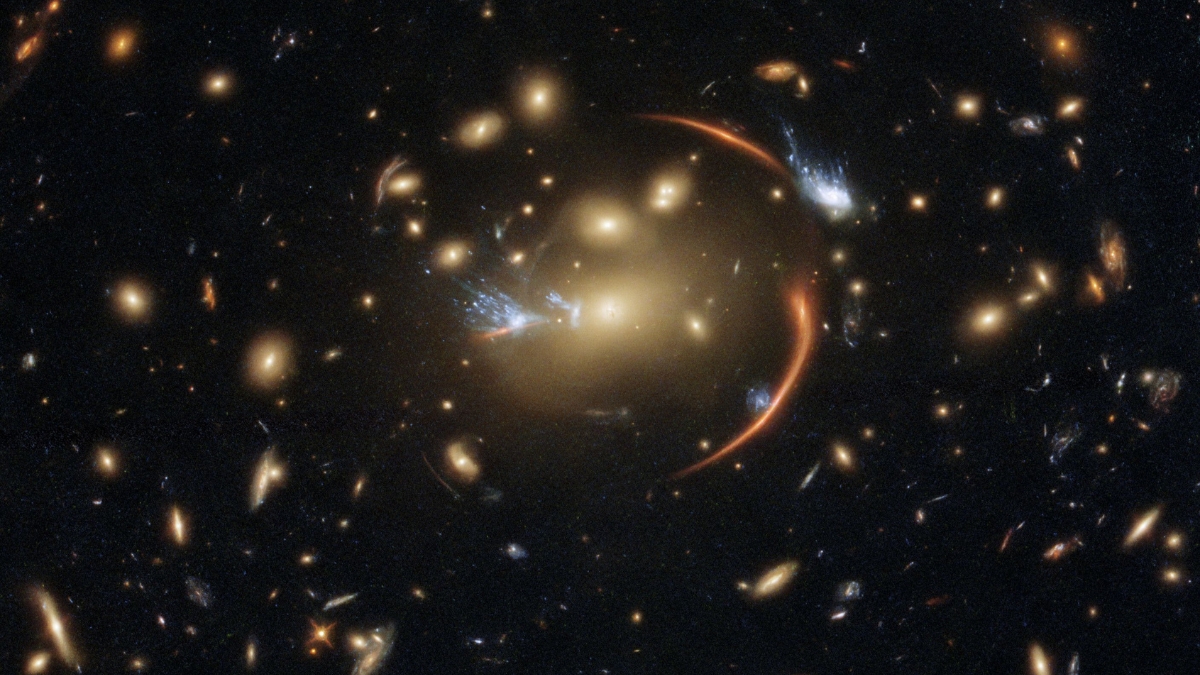 Every week, astronomers using the Hubble Space Telescope publish an image of space that the telescope has captured. This week’s Hubble image features the close galaxy LEDA 48062, which is only 30 million light-years from our own galaxy and hence almost next door in cosmic terms.

LEDA 48062 can be seen in this photograph as the hazy, amorphous form to the right of the frame. Numerous more galaxies can be seen in the view, notably the sharply defined bar-shaped galaxy on the left, known as UGC 8603.

There are three main types of galaxies: spiral galaxies, like our own Milky Way, which have a central bulge surrounded by a flat disk with arms extending outward in a spiral shape; elliptical galaxies, which are smooth and have an even distribution of light, giving them the appearance of an ellipsis; and lenticular galaxies, which fall somewhere in the middle of the other two and have a central bulge but no spiral.

Uneven galaxies, a fourth class of galaxy that lacks a distinct structure, are also known. These are frequently galaxies that were originally one of the three types mentioned above but took on an irregular shape as a result of gravitational forces. This can occur during the merger of two galaxies because of the gravitational interactions that can draw them together.