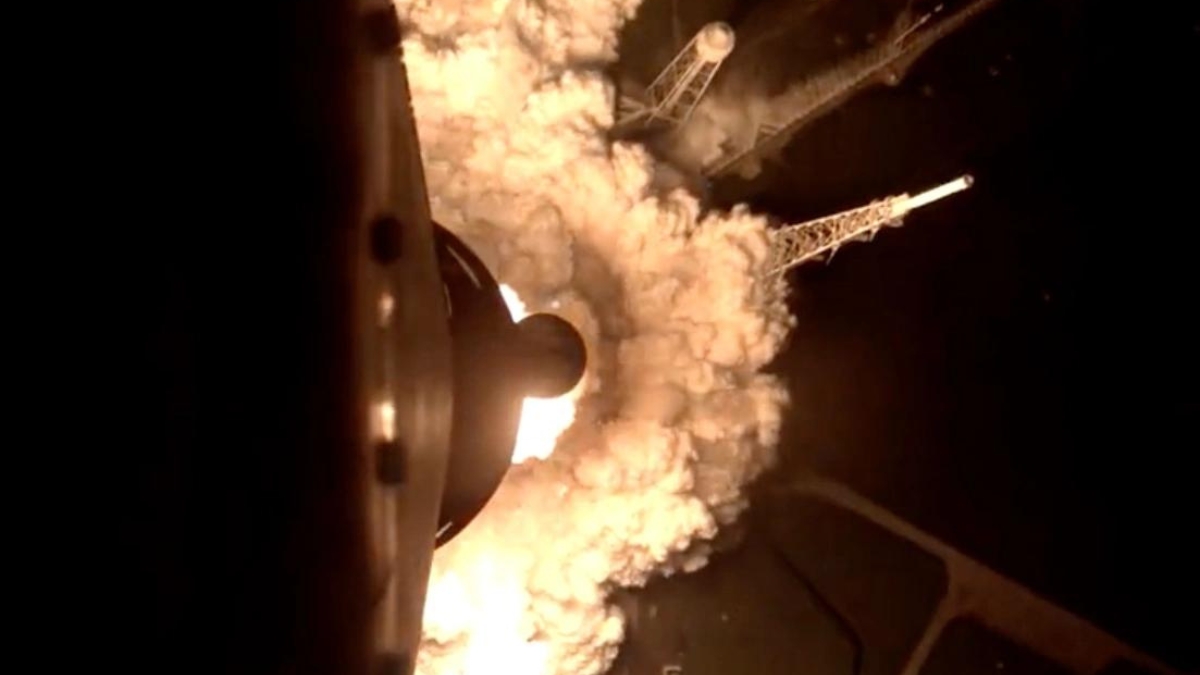 The European Space Agency has just published some incredible footage of NASA’s unmanned Orion spacecraft’s most recent launch from Florida’s Kennedy Space Center, juhttps://www.gadgetany.com/news/nasa-launches-sls-rocket-for-artemis-i-mission/st as the spacecraft is about to set a record for the furthest distance a human-rated spacecraft has ever traveled off the planet.

A camera connected to the Orion spacecraft at the top of the Space Launch System (SLS) rocket provides the unusual vantage point. Looking down, we observe the engines light up as they propel the rocket and spacecraft into orbit and then toward the moon (for the Orion, at least).

If you don’t like long build ups, just move the time slider to the right. The tape lasts 3 minutes and 33 seconds, but the engines don’t start until the 3 minute mark.

#ICYMI 😮 unusual view of the #Artemis I launch, from an onboard camera!

😮 You can fast forward to ignition at 3.00, BUT the wait IS worth it! @esaspaceflight @NASAKennedy @NASA_Orion @AirbusSpace pic.twitter.com/xxPw57FwxS

The SLS rocket became the most potent launcher ever with its November 16 flight. The SLS is more powerful than the Saturn V rocket that launched people toward the moon in the late 1960s and early 1970s, packing around 8.8 million pounds of force.

The strength of SpaceX’s next Super Heavy rocket, which is anticipated to fly in the coming months, will, however, be far greater than that of the SLS, with about 17 million pounds of thrust propelling the first-stage booster and second-stage Starship spaceship into orbit.

In order to accelerate a spacecraft quickly enough to overcome the pull of Earth’s gravity and put it on a precise trajectory to its destination, powerful rockets are required. Additionally, it makes it possible for spacecraft to carry heavier weights into orbit, which is essential if we want to take supplies to the moon and other planets so that we may create bases for long-term astronaut stays.

As it tests the hardware for an upcoming crewed trip traveling in the same direction, NASA is right now concentrating on the ongoing Orion mission. Orion seems to be behaving well so far as it circles the moon. The spacecraft is expected to splash down off the Californian coast on December 11, marking the end of the mission.

Prior to that, on November 28, Orion will travel to a distance 268,552 miles from Earth, reaching its farthest point from our planet.