Home » News » A peek into the dating history of Kylie Jenner Kylie Jenner, renowned for her stunning curves and successful cosmetics line, has been connected to a number of A-listers in the past. But the question is – Who is Kylie Jenner dating at present?

Travis Scott and Kylie Jenner have been dating intermittently ever since they were first photographed holding hands at Coachella in 2017. Scott was in the midst of a tour when the two made their relationship official in April 2017. According to Jenner, who told GQ as their relationship developed, “Coachella was one of the stops on his tour. So he said, ‘I’m going back on tour—what do we want to do about this?’ Because we obviously liked each other. And I was like, ‘I guess I’m going with you.'”

After that, Jenner became pregnant with her first kid two months into the relationship. But she kept her pregnancy a secret the entire time, only disclosing Stormi’s birth after February 1st, 2018.

Moreover, after sharing a picture on her Instagram story with the emoji for a diamond ring in December 2018, Jenner prompted speculation that she was engaged to her boyfriend Scott. However, Jenner and Scott have been the subject of their fair share of breakup rumors.

Also Read: Kylie Jenner wows in a skimpy black bikini while on a trip to Aspen

In 2019, sources reported that Jenner discovered “overly friendly” DMs to ladies on Scott’s Instagram. Travis canceled a gig from his Astroworld tour, briefly disabled his Instagram account, and refuted the cheating claims amid the rumors.

Jenner and Travis finally ended their relationship in October 2019 but stayed committed to co-parenting Stormi. However, they reunited a year later. At the time, a source informed, “Things are great with Kylie and Travis. They are very happy. Kylie still isn’t labeling their relationship. It seems they aren’t seeing other people, though.” 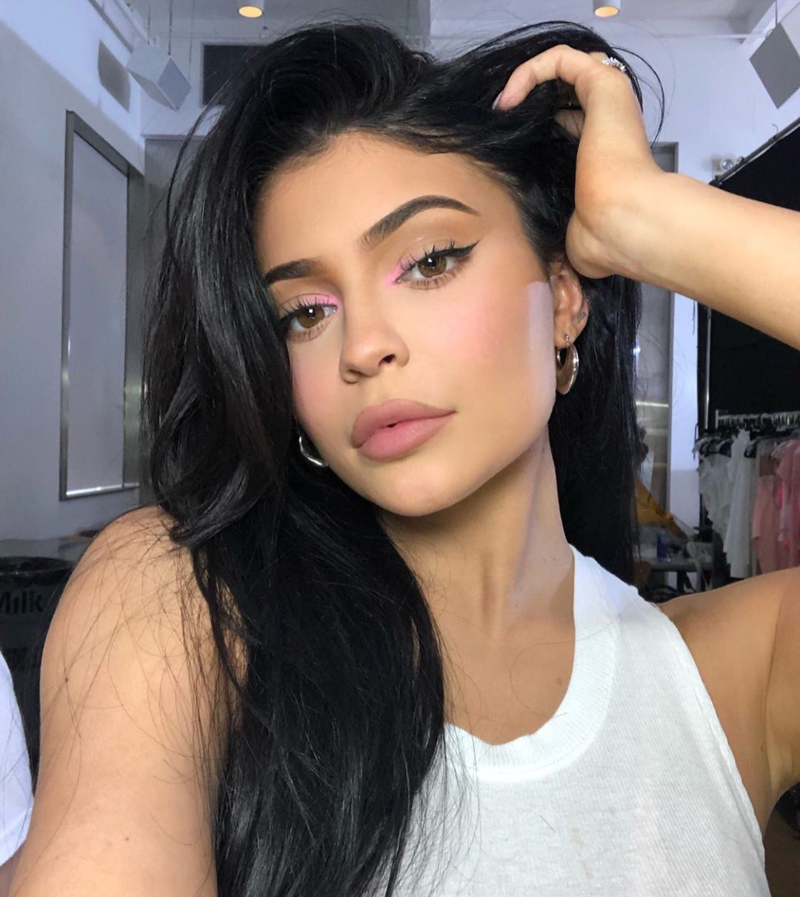 Furthermore, fans conjectured that Jenner and Travis had made up on June 16, 2021, after the couple was spotted together in New York with Stormi. Rumors that the co-parents were “officially back together” spread after the family outing.

For those unaware, Jenner and Scott have had two children together over the course of their five-year relationship, including a son they welcomed in February 2022. However, in October 2022, Instagram user Rojean Kar used social media to spread cheating rumors, which Scott refuted. A month later, Jenner shared a photo of herself and Scott holding hands, demonstrating that their romance was still strong.

In the past, Kylie Jenner has been associated with a number of rappers and famous people, including Cody Simpson, Jaden Smith, and even Drake. MTV claims that her romantic history first gained attention when she was connected to the rapper Ramsey IV back in 2008. Although they never confirmed their relationship, the couple was thought to have been dating until 2011.

Also Read: ‘I’m meant to be naked with my t******s out!’ Kylie Jenner won’t let motherhood deter her from being risque

Jenner then appeared to turn her attention to actor and singer Jaden Smith. They shared pictures of themselves hanging out with friends on Instagram and were regularly captured together. However, she refuted claims that they were dating.

Prior to Travis Scott, she had a prominent long-term romance with the rapper Tyga. The two met at Kendall Jenner’s 16th birthday party in November 2011, when Kylie was 14 and Tyga was 21. In 2014, Jenner revealed pictures of them celebrating her 17th birthday together on social media, which led to their social media disclosure.

On Halloween 2014, Kylie Jenner and Tyga made their Instagram status “official,” even though they later denied their connection because she was a minor. In September 2016, Jenner flaunted a sizable ring on Instagram, causing her fans to speculate as to whether or not she and Tyga were engaged.

However, they announced their separation a year later just weeks before the paparazzi photographed her with Scott at Coachella.

Drake, a rapper, has also frequently been associated with Kylie Jenner in the past, most recently in December 2021. A bogus Instagram account purporting to be Maralee Nichols, the baby mother of Tristan Thompson, claimed the rapper, 35, and KUWTK star, 24, had slept together.

A post on the account claimed, “You know Drake slept with Kylie last year but you aren’t man enough to tell Travis (Scott). There it is. Good night folks. More tomorrow.”

However, the allegations and the account are untrue, a person close to Drake revealed. For those unaware, Drake gave a performance at Kylie’s 16th birthday party in 2013.