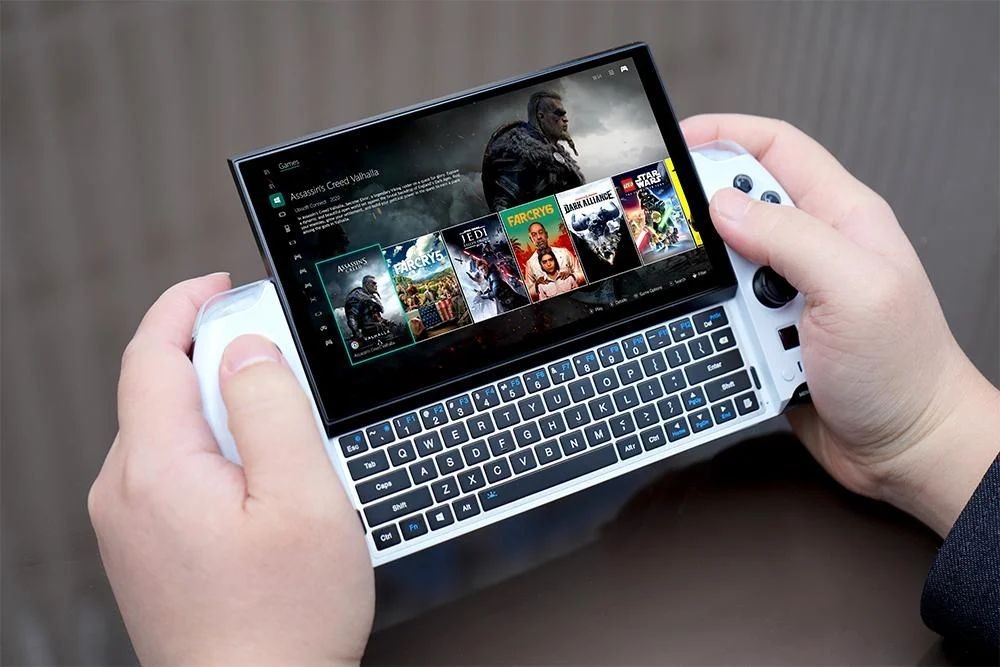 Another 7-inch Android game portable will be called the Abxylute. The Abxylute, a cloud gaming gadget that will reportedly go on sale later this quarter for US$200, will aim to compete with the Logitech G Cloud.

A startup named Abxylute has declared intentions to enter the market for Android gaming handhelds. Streaming games from platforms like NVIDIA GeForce Now, Xbox Cloud Gaming, or Steam Link should be Abxylute’s primary use case. However, its Genio 350 MediaTek MT8385 chipset might be adequate for some mild retro gaming.

The MediaTek 8385, as a point of comparison, features a Mali-G52 GPU and four ARM Cortex-A53 CPU cores running at 2 GHz. In addition to a 5,000 mAh battery, Abxylute includes 4 GB of LPDDR4 RAM, 64 GB of expandable storage, and a low-power processor. Along with the Logitech G Cloud, this system also powers a 7-inch IPS display that outputs at 1080p and 60 Hz. Abxylute claims that the size of its eponymous gaming handheld—which is smaller than the Logitech G Cloud—will be 250 x 115 x 30 mm.

The Abxylute is expected to weigh 410 g, which is 53 g less than Logitech’s attempt. Abxylute asserts that the pricing of its gaming portable will be lower than that of the G Cloud, which is still on sale for US$299.99 as of this writing. Abxylute is now planning to sell gaming handhelds for US$200 to early adopters and US$250 RRP. Abxylute has not yet provided a particular release date, but it is aiming for a Q1 2023 debut.