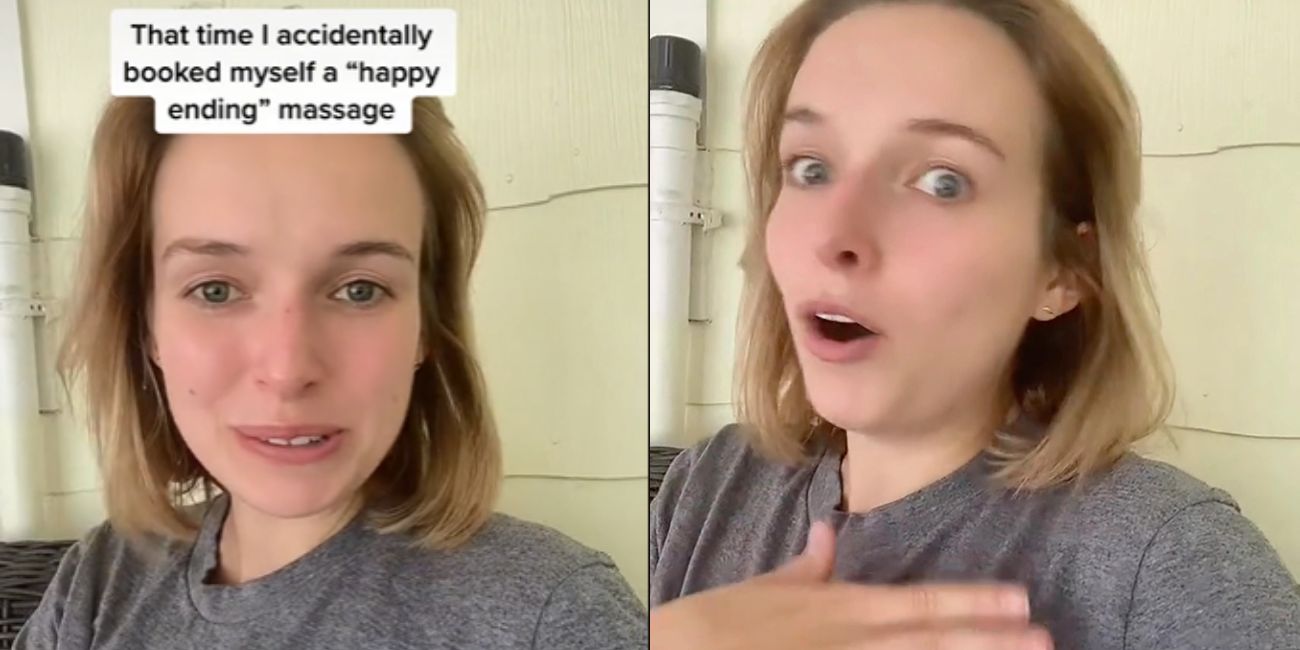 There were a few warning signs when Maggie McGaugh scheduled her massage after a demanding week, but she chose to ignore them.

McGaugh described the moment she learned she had scheduled an appointment at a spa that provided “happy-ending” massages in a now-viral TikTok.

She began to list the indicators that something was awry: “First off, I booked it at 9 p.m.,” Another was a worker “answering the phone at nine o’clock.”

McGaugh acknowledged that when she stepped in, it “didn’t look great” in her video, which has received over 10.6 million views. But she kept going.

@maggiemcgaughI went from 💆🏼‍♀️ to 🙇🏼‍♀️ so fast

“I walk in. There are no doors, only curtains, which I’m a little nervous about,” she recalled. “I definitely got hidden video camera vibes, so I even looked around for cameras and proceeded with the massage which, again, come on!”

Before lying on the table, McGaugh claimed she undressed to her underwear, as she usually did for a massage. But when the masseuse entered, McGaugh claimed that she “very swiftly” tore her underpants down to her knees.

“Then, to make matters worse, she folds down the sheet — which is already very small — so I’m completely exposed,” she continued. “I reach down and pull my underwear back up and was like, ‘No, thank you,’” she recalled, saying she then asked for just her shoulders to be massaged.

“The poor woman was very confused as to why I was not into this,” she added.

When the massage therapist sat on her thighs, McGaugh remembered she hadn’t scheduled a regular session.

Following the visit, she found a website listing massage parlors that specialize in “happy-ending” massages. She claimed that the salon she attended was brought up.