Home » News » According to a Leak, Next Mac Pro Could Be a Huge Disappointment 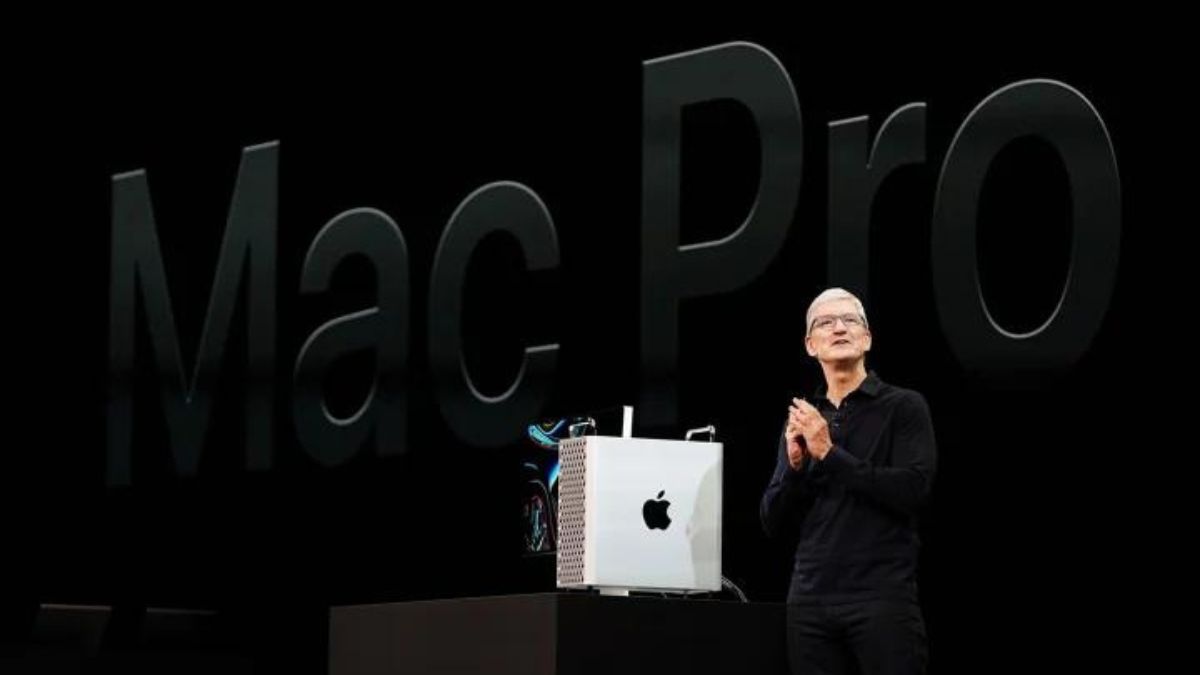 When the new Mac Pro computer debuts in 2023, consumers may have to make do with a less powerful configuration since Apple may have scrapped the M2 Extreme chip that was supposed to go into the now-delayed Mac Pro machine. According to Bloomberg reporter Mark Gurman, this is the case. He also recently disclosed other unfavorable news in his Power On email.

Before recently, according to Gurman, Apple had intended to release two different models of the upcoming Apple silicon Mac Pro: one with an M2 Ultra chip (an upgrade of the M1 Ultra found in the Mac Studio), and the other with a chip Gurman refers to as the M2 Extreme, which would have included two M2 Ultras fused together.

The final chip would have had 48 CPU cores and 152 graphics cores, which is twice as many as the 24 CPU cores and 76 graphics cores anticipated in the M2 Ultra. Gurman further claims that the M2 Ultra will allegedly “max out” with “at least 192GB of RAM.” It’s unclear if that means 192GB is the maximum memory capacity or the minimum memory capacity, but in either case, it’s considerably less than the 1.5TB the current Mac Pro can accommodate. Even with the unified memory that Apple silicon has, which the Intel versions do not, there is still a significant performance drop.

High-end users will be disappointed by the decreased performance because they have been waiting for a new Mac Pro for more than two years, ever since Apple began switching to its own CPUs. An M2 Ultra might not be sufficient for these individuals; after all, they could have simply purchased a Mac Studio if they were interested in this level of performance.

According to Gurman, the Apple silicon Mac Pro will maintain some of the selling characteristics of the existing model, such as “easily expandability for more memory, storage, and other components.” However, since Apple hardware uses integrated graphics, it’s unclear that the next Mac Pro would include any discrete GPUs, raising doubts about its ability to match the graphics capabilities of the Intel counterpart.

What made you decide to do this?
According to Gurman, a number of factors led to this apparent decrease in the Mac Pro’s ambition. One reason is that the M2 Extreme processor was supposedly getting too pricey. Gurman estimates that an M2 Extreme Mac Pro would cost at least $10,000, and that’s before any upgrades. The M1 Ultra version of the Mac Studio retails for $5,000.

With such a price, the Mac Pro would be a “extraordinarily niche product” that wouldn’t be cost-effective from a development, engineering, and production standpoint.

Additionally, Apple’s attempt to combine two M2 Ultra chips to create the M2 Extreme appears to have been a substantial engineering barrier, and the corporation has reportedly chosen to give up. Given how specialized the Mac Pro is, Gurman claims that giving up on the M2 Extreme would free up production resources for higher-volume goods.

More awful news is available. Long-running reports suggest that Apple is developing a new iMac Pro to replace the one it retired in 2021. Even though Gurman thinks Apple is still working on such product, he claims that it has been delayed “for same reasons as the Mac Pro.” This may be a clue that the upcoming iMac Pro will have an M2 Ultra chip rather than the currently available M2 Extreme.

A new Mac mini with M2 and M2 Pro CPUs is still being developed in other places. The latter should enable Apple to finally discontinue the Intel Mac mini and provide its own premium Apple silicon alternative, which has been a problem for far too long.

Gurman claims that new 14-inch and 16-inch MacBook Pro models equipped with M2 Pro and M2 Max CPUs will arrive “early next year.” Additionally, there will be updates for the Pro Display XDR and Studio Display monitors. The Pro Display XDR, however, might debut after the Mac Pro due to its development lagging behind Apple’s top-tier machine. To help offload some of the work from the Macs they are attached to, both displays are anticipated to incorporate Apple silicon processors.

That means Apple has a ton of improvements planned for its Mac lineup, but the decision to move away from the M2 Extreme in the Mac Pro will likely disappoint the demanding consumers it is designed for. It had already been questioned whether the M2 Extreme could match the performance and configuration possibilities of the Intel Mac Pro, let alone outperform them. Those queries will only increase in volume given the abandonment of this chip.