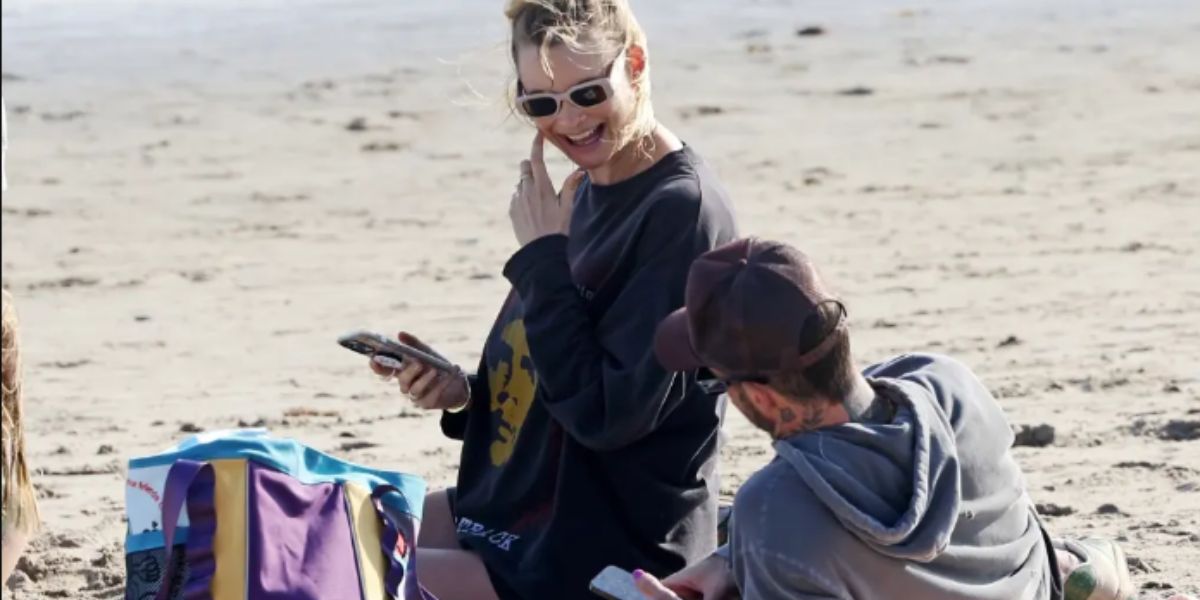 In the midst of his widely reported cheating scandal, Adam Levine appeared carefree on Saturday while spending the day at the beach in Montecito, California, with his pregnant wife Behati Prinsloo, and their two daughters.

The couple was seen biking down to the ocean with Dusty Rose, 6, and Gio Grace, 4, in pictures that Page Six obtained.

Prinsloo, 34, was photographed grinning and laughing as she responded to whatever Levine, 43, was saying as the couple lounged on beach blankets spread out over the sand. Later, the supermodel was seen curled up on her husband’s chest with her sweatshirt pulled up, exposing her growing baby bump.

The Maroon 5 frontman, on the other hand, appeared composed and unperturbed by the recent headlines.

Only a few weeks ago, numerous women publicly came forward with claims that the rocker had sent them filthy direct messages. After Instagram model Sumner Stroh claimed in a TikTok video that she had a brief relationship with the “Sugar” singer, a number of postings have since surfaced. Levine was a “young” and “naive” recent college graduate who was “certainly very easily influenced,” according to Stroh, when they allegedly started a physical connection in 2021.

Following Stroh’s allegations, at least five additional women disclosed alleged past interactions with Levine, mostly through Instagram DMs and messages. Many described the “strange” messages Levine sent to people, with comedian Maryka alleging one of them said, “I’m now fascinated with you.”