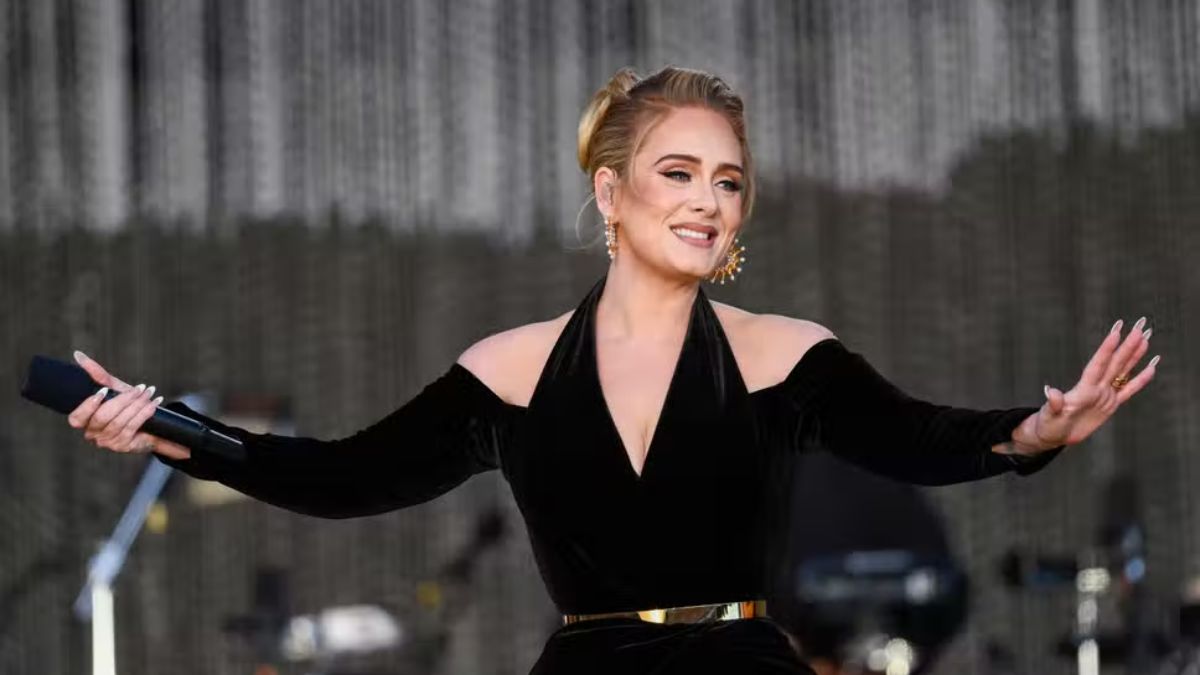 Adele admitted to fans that she was having health issues and was “hobbling” around the stage of her New Year’s Eve performance in Las Vegas. Additionally, footage of the diva can be seen bent over and stumbling from one side of the platform to the other while telling fans she had sciatica, a painful nerve problem in her lower back.

Furthermore, in the midst of her much anticipated “Weekends With Adele” residency at The Colosseum at Caesars Palace, the 34-year-old singer is currently taking Las Vegas by storm. In addition, she revealed her health issue to supporters during a recent concert, but it seemed like she was truly struggling.

On another note, the celebrity has been entertaining crowds in Sin City since the middle of November, and she will continue to sing there every week until the end of March 2023. According to the Daily Star, the Hello singer had been giving out T-shirt launchers to her adoring crowd whenever she wanted to quickly move from one side of the stage to the other.

According to reports, Adele startled spectators by attempting to hurriedly limp across the platform while claiming that she had to waddle due to pain in her body. In a video of the performance, she can be heard saying, “I’ve got two more I’ve just got to get over to the other side of the stage,” adding, “I have to waddle these days as I have really bad sciatica.”

According to the NHS, sciatica is an irritation or compression of the sciatic nerve, which extends from your lower back to your feet. It can result in stabbing, burning, or shooting pains as well as tingling, numbness, and weakness. In addition, sneezing or coughing may make the symptoms worse.

Adele has previously spoken openly about her chronic back pain, saying that it has affected her for most of her life due to two distinct slipped discs. She previously revealed, “I’ve been in pain with my back for, like, half of my life, really. It flares up, normally due to stress or from a stupid bit of posture.”

However, Adele, whose wealth has skyrocketed as a result of her residency and the release of her album, 30, last year, should soon feel as good as new with the help of the best specialists money can buy.

On another note, statistics made public last week showed that Adele increased her wealth by £11.5 million last year after releasing her first album in five years. In addition, figures released this week revealed that her company, Melted Stone Ltd, has £15 million in reserves for 2021, up from £3.5 million in 2020, thanks to the influx of royalties.

Additionally, it now has a value of £3.4 million thanks to royalties from Adele’s lyrics and sheet music for the song “Rolling in the Deep.” However, the live music company she runs, A Adkins Touring Ltd, suffered an £88,000 loss.