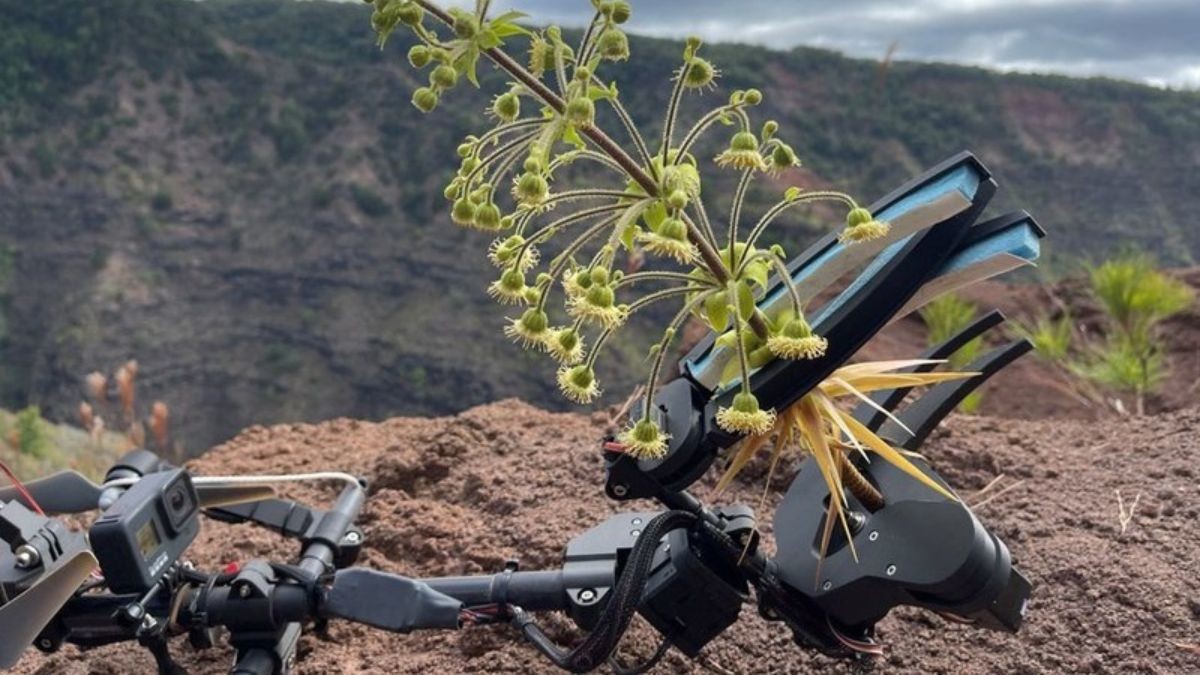 According to the reports, a drone developed by Swiss researchers makes it easier to collect samples from tree limbs.

Animals’ exogenous DNA can be found in a variety of materials, including dead skin, feathers, excrement, secretions, and more. They can be discovered in the ground, in water, or on objects like rocks and tree branches.

ETH Zurich suggested a drone-based approach that could fly up to high branches and collect samples without harming the tree limbs.

With a wood frame, plastic shielding, and strips of adhesive tape or moistened cotton put on the lower surfaces, the drone would resemble a typical light fixture.

The drone will hover over the branch where the sample will be taken once it has been directed into position. When it makes contact or presses hard enough to transfer loose eDNA materials to the strips, it will then watch for any movement.

The drone was first used to identify dozens of different plant and animal species in the arboretum around the institute.

The drone will now be improved upon by the researchers by allowing it to fly higher or farther into the trees.

The drone can assist researchers in learning more about the world’s biodiversity and in automating the measurement, comprehension, and prediction of how the biosphere will react to anthropogenic activities and environmental changes.

The Prospects for DNA Testing

One technique that can be utilized to examine places that may have been missed by ground sampling is aeroecology, a means of investigating ecology while flying on a drone or airplane.

Bird phenology, population and community ecology, species distribution and abundance, and pollination biology are a few examples of what it might include. It can be utilised for ecological restoration, conservation, and land management. Although less expensive than the drone, this approach is less efficient in terms of the number of samples that can be collected.

Prior to a few years ago, most people, especially the general public, couldn’t afford the expense of DNA sequencing. DNA sequencing is now more affordable, which is a significant advancement.

The development of artificial intelligence and the AI system has made it possible to automate DNA sequencing and examine the results fast. Drones can also be used to collect samples from high locations, such as tree branches, for DNA sampling.

Although the concept of taking DNA samples from the air is not new, it is still in its infancy. The researchers might have missed a novel and superior technique for extracting DNA from the environment, though.