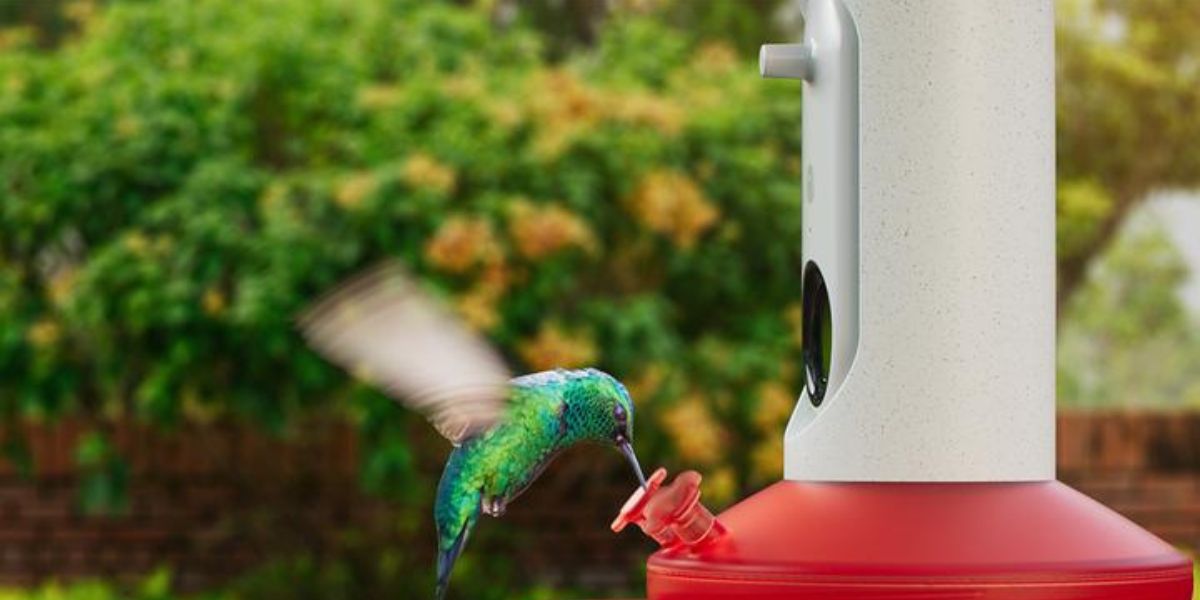 The makers of a smart bird feeder that photographs feathered visitors to your yard, Bird Buddy, have unveiled a new device that can reliably identify hundreds of different hummingbird species, even when they are flying.

At the Consumer Electronics Show 2023 (CES), Bird Buddy’s CEO and co-founder, Franci Zidar, revealed to FOX Business how he and his friend developed the concept for the smart feeder over a number of late-night discussions and a few beers.

With a removable white center that can be taken out and inserted into other housings to activate additional capabilities, Bird Buddy has a modular design.

“We’re launching a hummingbird feeder that you can swap out, take your existing module, put it in there, and unlock a new species of birds,” Zidar said.

The new Smart Hummingbird Feeder with AI integration can capture images and videos of the highest quality and recognize 350 distinct hummingbird species, even those with wing speeds of up to 60 mph.

The company has shipped 250 of the original feeders to Kickstarter (crowdsourcing) backers all across the world as it created its AI algorithms from the ground up. Millions of images were produced as a result, according to Zidar, and a team of interns and an in-house ornithologist manually sorted them.

The new hummingbird-focused device, like the original feeder, is activated by outdoor motion, taking images and notifying the homeowner of birds using a mobile application. Around 1,000 birds have been identified by Bird Buddy’s technology using user photos, and that figure is steadily rising. “One massive side effect of Bird Buddy is that this is the largest biolife camera network in the world. We get photos all the time from customers across the U.S. and Europe, and that feeds into our model. Effectively, with every detection we get, our system improves,” Zidar said.

The initial Bird Feeder went on sale in September and has already generated results beyond what the business had anticipated. Users’ contributed data has created a vast database of knowledge about conservation, changes in bird populations, and migration patterns.

The co-founder of Bird Buddy used recent, severe winter storms as an illustration of how species of birds relocated to generally unoccupied regions of the country. According to Bird Buddy, their technology is more accurate and canvassing than other systems at detecting such data.