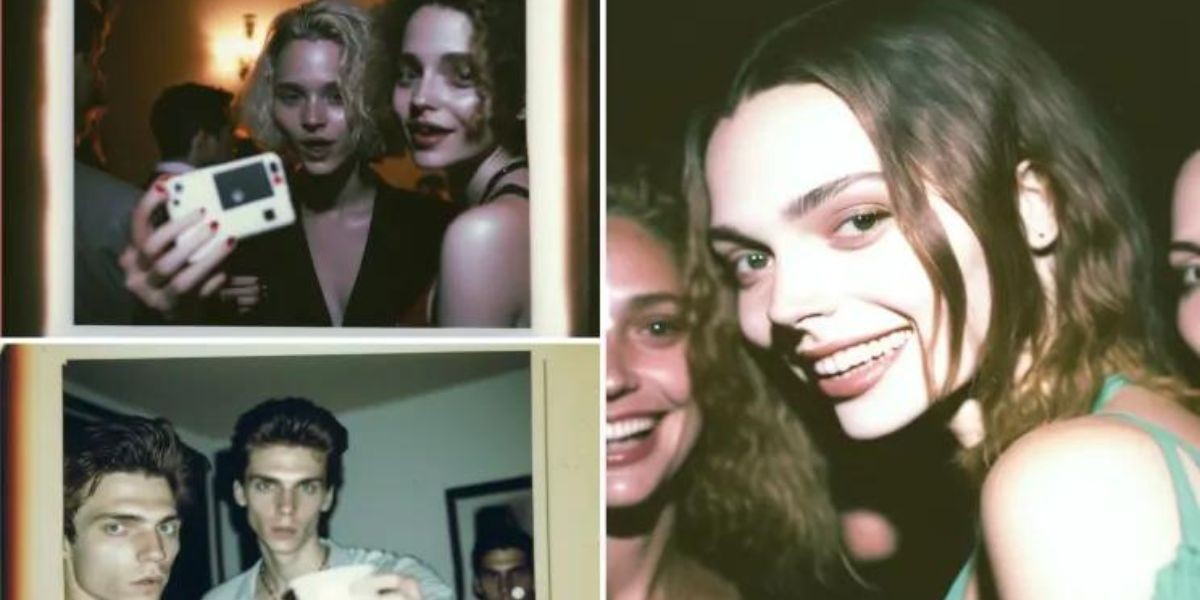 After posting what look to be artificial intelligence-generated, vintage-style photos from a home party, a developer on Twitter has gone viral. And if you spend too much time staring at them, the “uncanny valley” nightmares will keep you awake rather than a party.

The images, shared by @mileszim on Twitter, appear to show amusing, natural party moments. Although the faces appear to be real enough, they are actually computer-generated composites of many different faces.

Midjourney is getting crazy powerful—none of these are real photos, and none of the people in them exist. pic.twitter.com/XXV6RUrrAv

Even though the pictures initially appear to be authentic, some of the party guests are missing important body parts.

“I love your tattoo of a petri dish mold colony!”

“Well, *I* love your Escher dress and off center neck!” pic.twitter.com/IB25xUVQIb

The woman snapping the photo in one image of two women posing for a picture with a white digital camera appears to have a badly malformed hand. Additional fingers can be seen protruding from the photographer’s hand in a picture of two women holding what appears to be a type of Polaroid camera.

“Midjourney is getting crazy powerful—none of these are real photos, and none of the people in them exist,” Miles wrote in the caption of his Twitter post.

Many of the women in the collection of photos also have too many teeth in their mouths, and one had a missing fingertip on her thumb.

“Pretty soon, the only way to tell will be to count the fingers,” one user wrote in response to Miles on Twitter. “5 and it’s real, 6 it’s questionable, 7 and it’s definitely AI generated.”