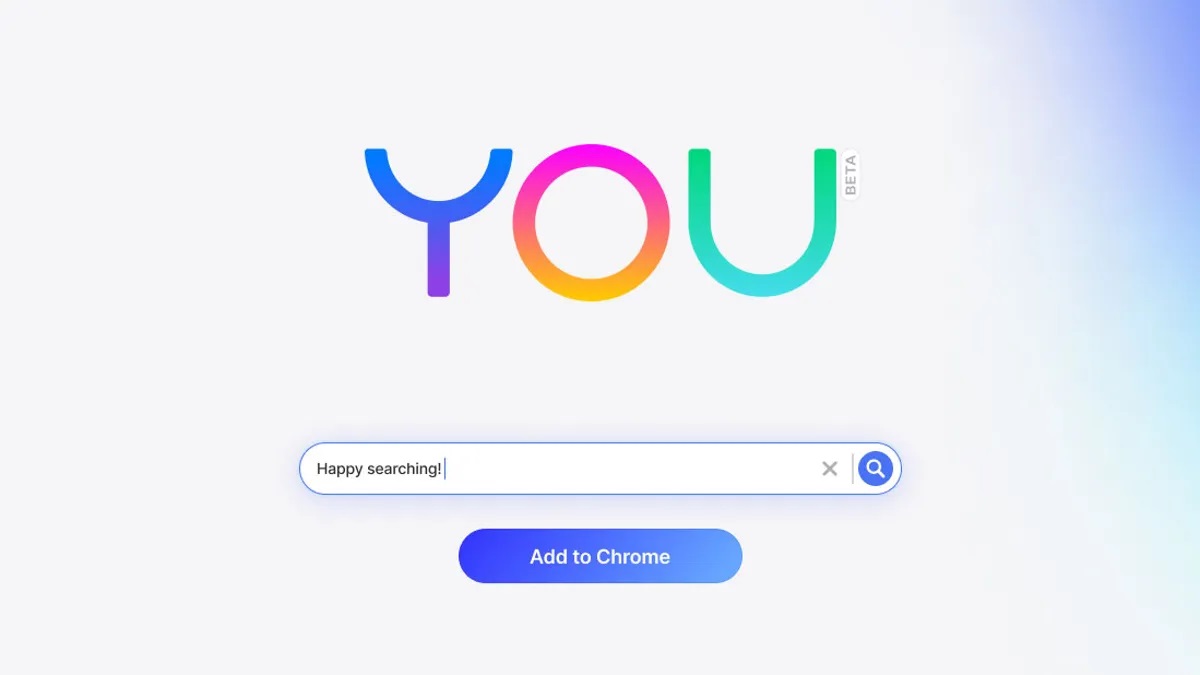 Furthermore, You.com analyzes the searches in different languages, including programming languages, summarizes information from the web, ranks the results, and also provides built-in apps like Twitter search tools which are proving more helpful to the users as they do not leave the homepage of You and simultaneously complete the task. 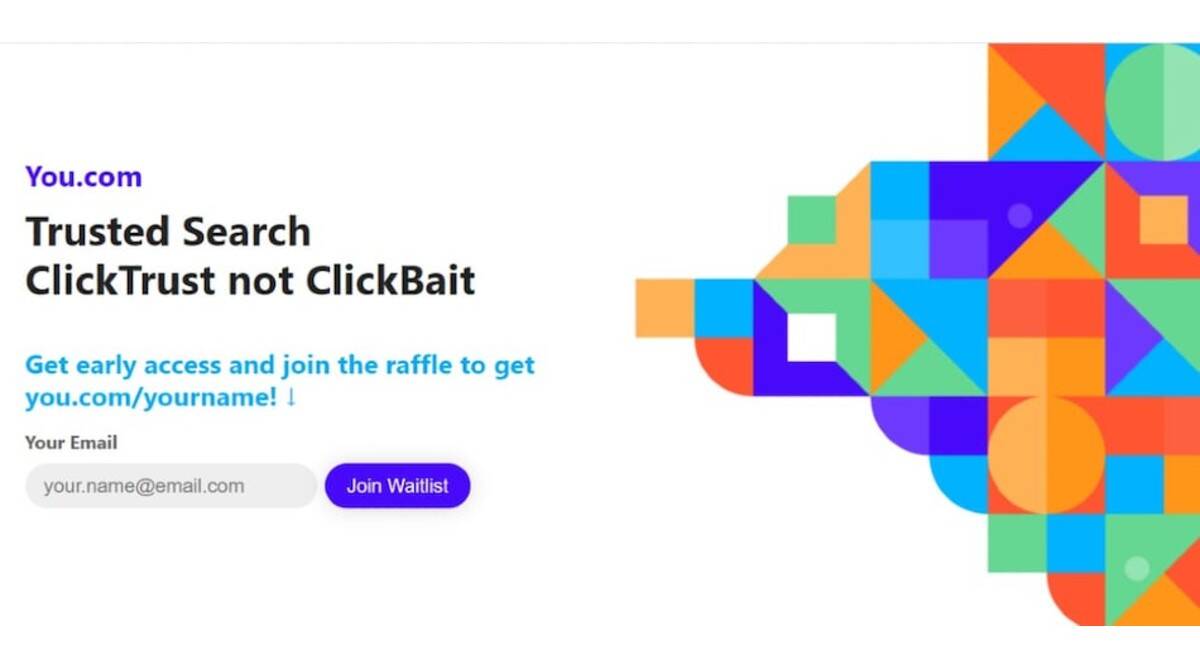 An educated guess by Richard Socher seems to have an element of truth in it as he claims that You has hundreds of thousands of users as 70% growth in the sign-ups the previous month and 30% of specific searches month over the month boost his claims.

On the contrary, the world’s most known search engines, such as Google and Bing, have hundreds of millions of users. Interestingly, fifty percent of the users who have already set You as their default search engine is one of the reasons for the increased retention rate of You.

Richard Socher said, “We envision You.com becoming an open search platform that is open and allows others to build on top of all the search technology we’ve created. User customization, data transparency, summarization, privacy, and top trending search are the foundation of our platform. We beat Google in the long run by empowering the world to build the next search experience together”.

He added, “Google is a monolithic, monopolistic search engine that is closed and has ultimately weaponized AI against users to serve its true purpose: advertising. We are building You.com is an open search platform that lays stress on directly catering to the user needs with You.com apps instead of flooding people with ads.” Moreover, Richard Socher has a data science background, and it’s clearly shown in the You, as its AI-enabled features add a new experience to the users to get their search results. Also, a newly launched YouCode generates code along the lines of GitHub’s Co-pilot based on a search query. 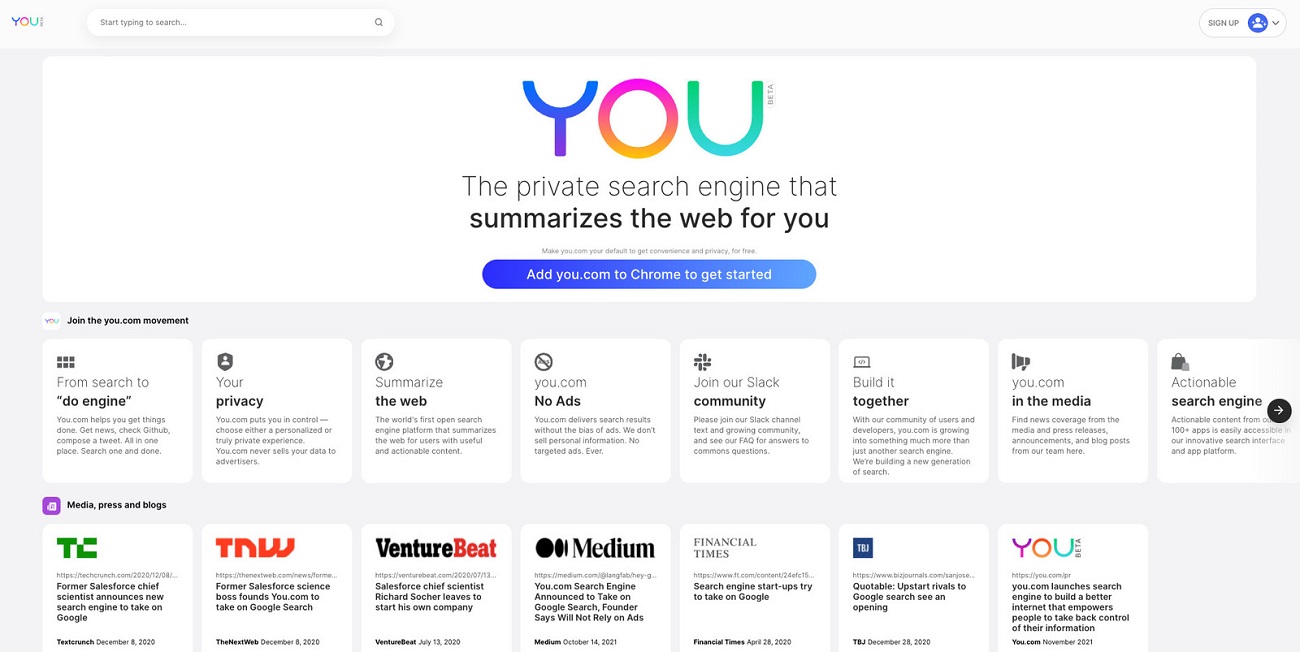 YouWrite, a recently curated search option powered by OpenAI’s GPT-3, can be used to write blog posts, essays, and even boilerplate letters.

Surprisingly, Socher visualizes apps, not ads, as a central part of You’s growth. However, You has not ruled out introducing advertisements. It’s a big twist on the traditional search engine formula as Ads account for the bulk of Google’s revenue, which was $256.73 billion in 2021. You offers a “private mode” that doesn’t store queries, preferences, IP addresses or location data and anonymizes the query data sent by You’s third-party partners.

Meanwhile, most of You’s apps are self-developed; the next step is making the platform available to third parties. In the future, You will open entry to its datasets and custom search technology so that programmers can build on top of their internal data. Also, it is expected that at that point, You will fix a charge for the services like code generation, API access to features, “advanced” and “personalized” text, and out-of-the-box support for developer internal knowledge base searches.