Home » News » Alexa-Enabled Side Table Serves You on the Bed 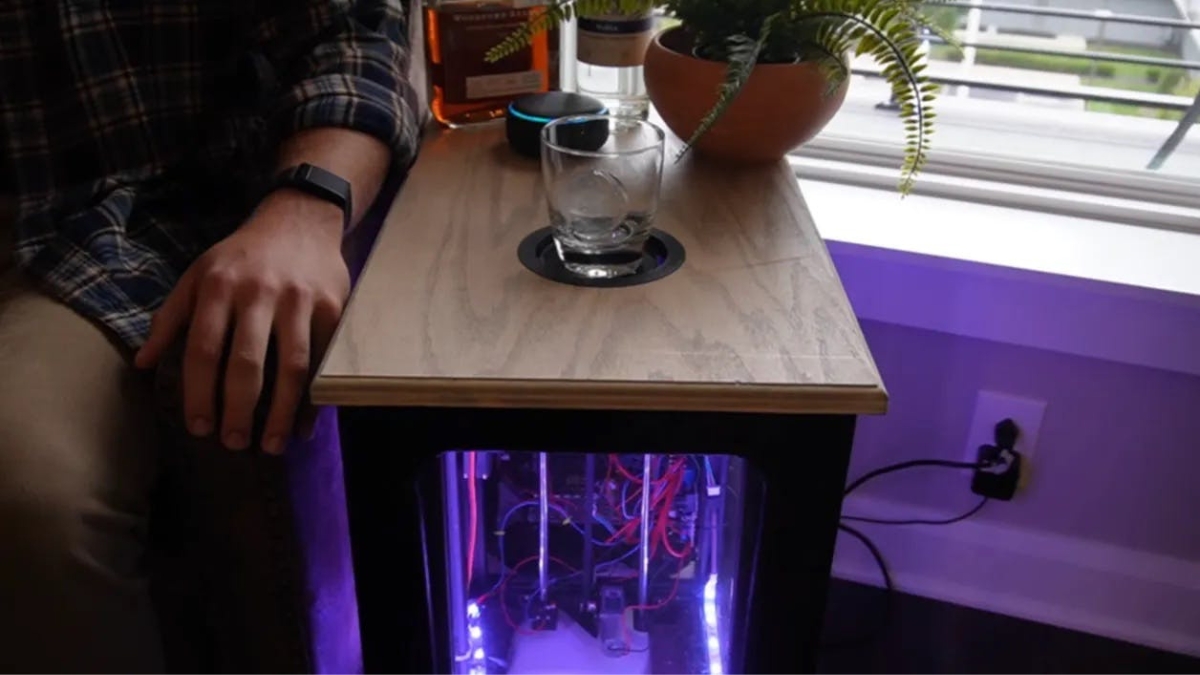 Sometimes you want to go somewhere where everyone knows your name, and other times you just want to drink quietly at home. There’s no judgment here, but a night in doesn’t have to mean serving yourself, especially when a side table and your favorite voice assistant can transform a side table into a passable bartender.

While Boston Dynamics’ ATLAS isn’t quite tossing shakers through the air like Tom Cruise in Cocktail, you can already semi-automate your libations. For the less tech-savvy, there’s Black+Decker’s Bev, which simply asks you to preload five different bottles of liquor and feed it an ingredient-filled Keurig-like capsule whenever you feel like chugging one.

There are plenty of tutorials online for building a Raspberry Pi-powered cocktail machine that can get you drunk at the touch of a button for those who are handy with a soldering iron and coding. That’s the path Audax took, but they wanted something a little fancier than a giant black box that dispenses booze, and they didn’t want to have to manually press buttons like some kind of pauper.

Audax programmed the smart assistant to recognize voice requests for four different drinks using Amazon Alexa’s custom skills, which allow developers to create their own voice-activated routines. The video is light on hardware details, but Hackster.io spotted a few components, including an Arduino Mega 2560 development board that controls pumping mechanisms and servos that raise and lower dispenser nozzles.

Although the guts of the drink dispensing machine are visible through a window with some fancy LED lighting, the device is disguised as a side table and includes a 3D-printed elevator that lowers a glass from the table’s surface, fills it with the requested spirits, and raises it back up. Is it completely self-contained? Obviously not, but the added flair makes us wish Amazon spent its time developing Alexa gadgets like this rather than robots that can’t even carry a glass.