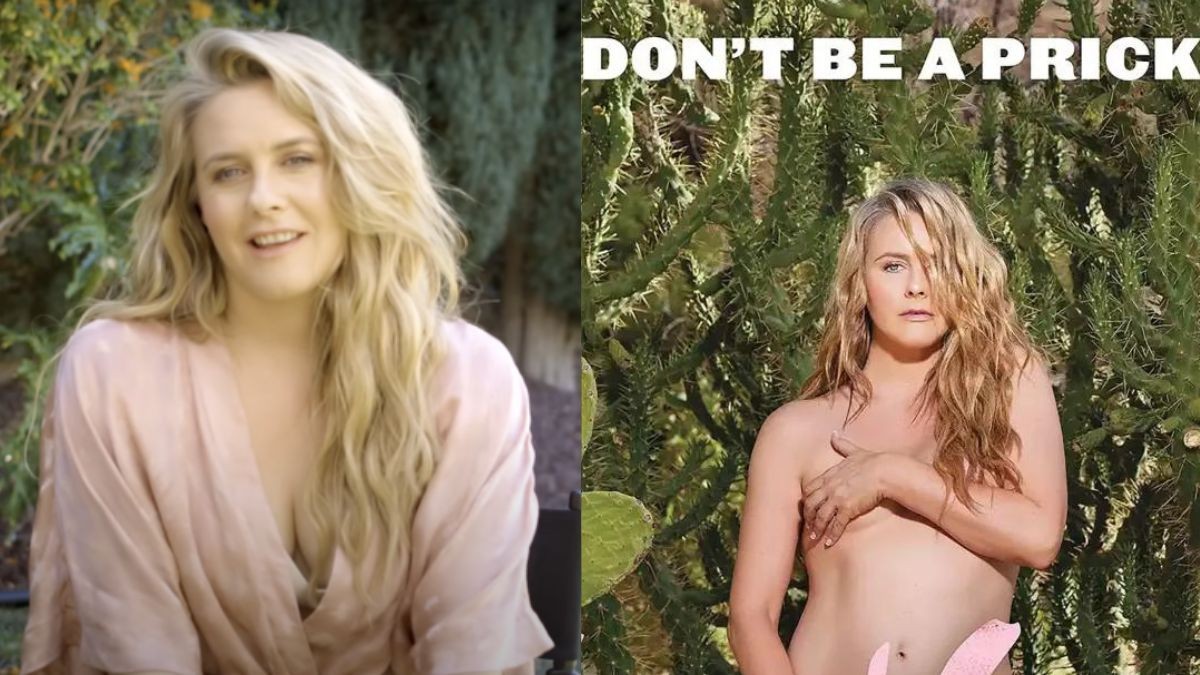 Alicia Silverstone stripped down to nothing and posed while wearing just faux leather boots for PETA’s new commercial which aims to promote more ethical, vegan versions of the material. The 46-year-old “Clueless” star stated in a campaign clip, “If it takes me getting naked for you to care about animals then that is what I’m after.”

Furthermore, the author of “Kind Mama” said, “I never, ever, get naked in TV, in film, nothing, never, nope — but I’ve done it for PETA because that’s how much it matters to me.” Silverstone added, “I’d rather go naked than wear animals.”

She continued, “There’s this idea that leather is somehow better for the earth but what they don’t realize is the amount of resources – water, food, oil for transport – the amount of energy that goes into making leather is extraordinary. It’s just not sustainable. The Earth can’t handle it.”

Moreover, the former teen sensation also took a photo with a cactus to promote the purchase of several kinds of vegan leather. “DON’T BE A PRICK,” reads the PETA image. “Wear Vegan. Buy cactus, mushroom, or apple leather instead!”

Alicia Silverstone has already bared all in support of a cause she cares about. For instance, in 2019, she posed nude to promote PETA’s campaign to convince people to stop wearing wool, with a Times Square billboard to get the message across. Additionally, her new campaign will have its own billboard in time for the New Year’s Eve ball drop.

On another note, since becoming a vegan in 1999 when she was 21 years old, Silverstone has promoted a vegetarian diet. The author of a vegan cookbook stated in 2018 that she and her ex-husband Christopher Jarecki owe their family’s vegan diet to keeping their 11-year-old son Bear Blu healthy.

She previously told Page Six, “He’s never had to take medicine in his life. He can get sniffles and a runny nose but he’s not down, he still goes to school. Two times in his life has he been like ‘Mommy I don’t feel good,’ and it was only for a few hours and he was back running around.”

In other news, Bethenny Frankel, Pamela Anderson, Joanna Krupa, Pink, Khloé Kardashian, and other celebrities have also displayed their skin in support of PETA.