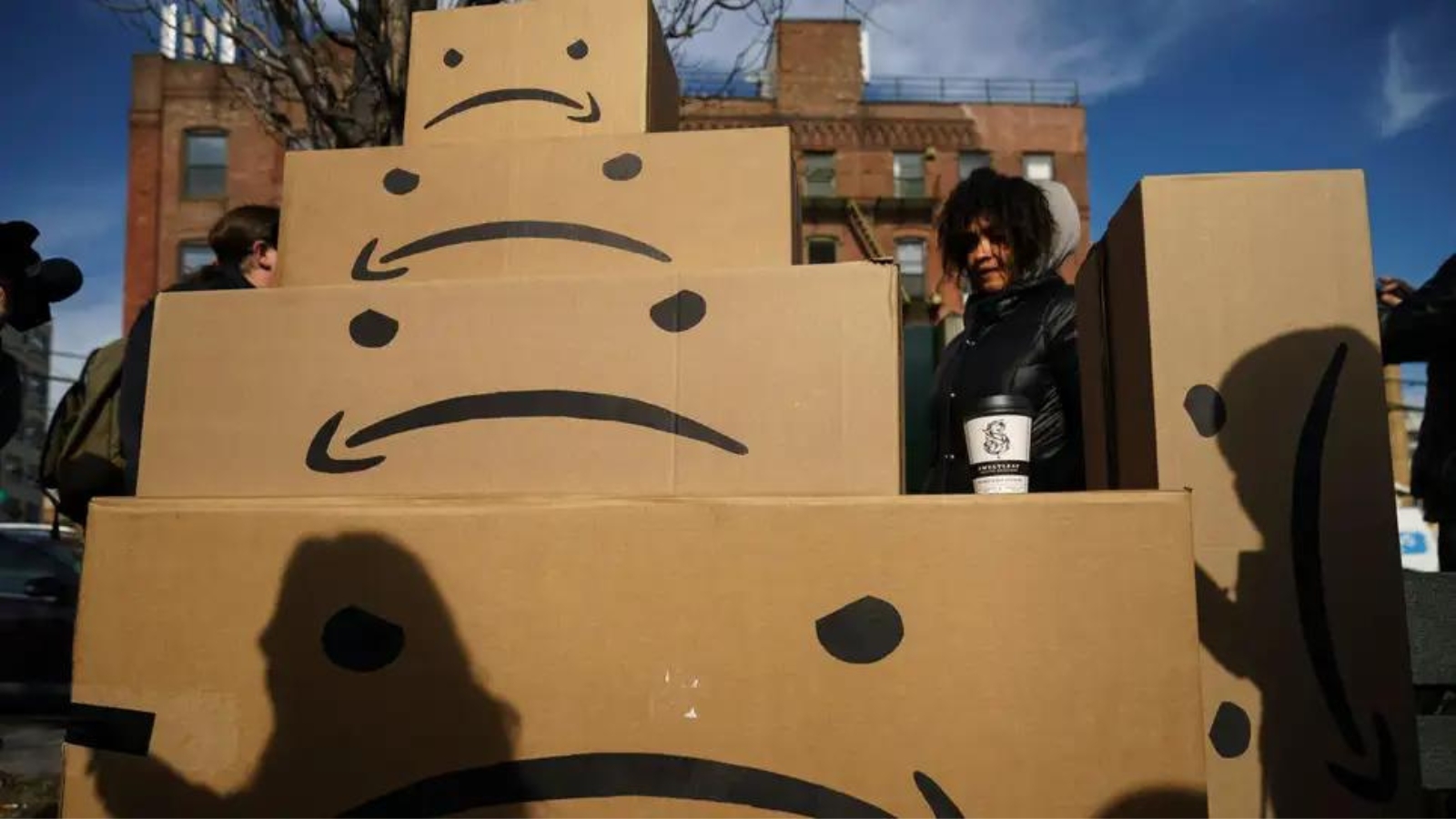 Amazon, one of the first businesses to join the exclusive club of corporations valued at $1 trillion, recently reached a new, but less desirable, milestone. The Everything Store, owned by Jeff Bezos, made market history last week when it became the first publicly traded firm to lose $1 trillion in market value.

The astounding numbers, which were first reported by Bloomberg, are the outcome of a deteriorating economy, persistently depressing earnings reports, and significant stock selloffs. Amazon, which was valued at $1.882 trillion on June 21, announced a valuation of only $878 billion on Thursday. With market valuation losses averaging approximately $900 billion, Microsoft, which for a brief period last year temporarily overtook Apple as the most valuable corporation in the world, wasn’t far behind. The combined falls of the two firms show the impact of a terrible year that most in tech would like to fast forget.

These decreases affect more companies than just Amazon and Microsoft. According to reports, the top five U.S. tech businesses lost a combined $4 trillion in worth this year. That is greater than the combined GDPs of Turkey, Argentina, and Switzerland, to put it in context.

Particularly Amazon let down investors this month when third quarter revenues fell short of estimates. Even worse, the company predicted it would only have 2-8% year-over-year growth in the fourth quarter. That would be OK for a typical business, but Amazon, which was until recently a relentless growth engine, is anything from typical. Amazon, like many other businesses, struggled with the decline of e-commerce as shoppers started to slowly return to brick and mortar stores after becoming less concerned about COVID-19.

“There is obviously a lot happening in the macroeconomic environment,” CEO Andy Jassy said following the third quarter earnings report. “And we’ll balance our investments to be more streamlined without compromising our key long-term, strategic bets.”

On the positive side, Amazon has so far avoided the startling layoffs that have affected so many of its peers in the tech industry. That is not to argue that there aren’t some causes for alarm. The corporation took action earlier this month to extend a prior hiring freeze to include all of its corporate staff. The main causes of the delay, according to a memo from Amazon Senior Vice President of People Experience and Technology Beth Galetti, are an uncertain economic outlook and an increase in hiring in recent years.

Zooming out, it could be argued that the historic valuation losses reveal as much about the quirks of the contemporary global economy as they do about a single corporation. Apple was the first business to reach a $1 trillion valuation just four years ago. In the years following, Apple has somehow doubled that valuation for a brief period of time, and about a dozen other businesses, including Saudi Aramco, Microsoft, Amazon, and Meta, have all surpassed the previously inconceivable sum. Now, in 2022, the more interesting stories are about people who can lose that same amount and yet keep unacceptably high levels of wealth, rather than about businesses reaching that trillion dollar milestone.