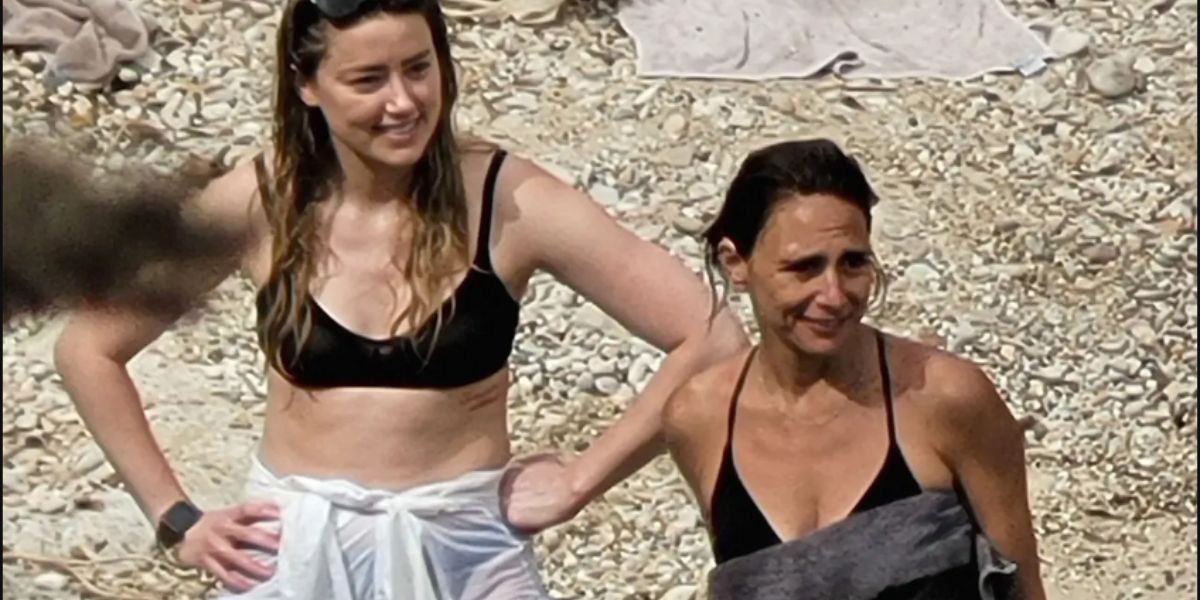 While on vacation in Palma de Mallorca, Spain, Amber Heard showed off her bikini figure.

Photos show the 36-year-old actress strolling down the shore with a pal while wearing a black two-piece and a white sarong.

She showed off her Pablo Neruda tattoo on her torso, which reads in Spanish, “I love you as certain dark things are to be loved, in secret, between the shade and the spirit.” Heard added an Apple Watch and black sunglasses to complete her ensemble.

The “Aquaman” actress’ excursion comes after she was spotted having fun with Oonagh, her 1-year-old daughter when she was on vacation in Spain. Heard helped her child, who she has mainly kept out of the public spotlight since having her via surrogate in July 2021, down a slide at a children’s park while wearing a black bodysuit, white trousers, and a big smile. The “Rum Diary” actress had scarcely been spotted in public since her defamation battle with ex-husband Johnny Depp, until her recent vacation.

Depp, 59, sued Heard in 2019 for $50 million, alleging that she had fabricated about his abuse of her in order to increase the amount of their divorce settlement.

His ex-wife countersued him for $100 million a year later. The court ordered Heard to pay Depp $10 million in compensatory damages as well as $350,000 in punitive damages after the trial concluded in June for defaming the “Cry Baby” star in an opinion piece she wrote for The Washington Post in 2018.

Heard has since requested that the judge set aside the jury’s decision. She asserts that there was no supporting evidence for the ruling.