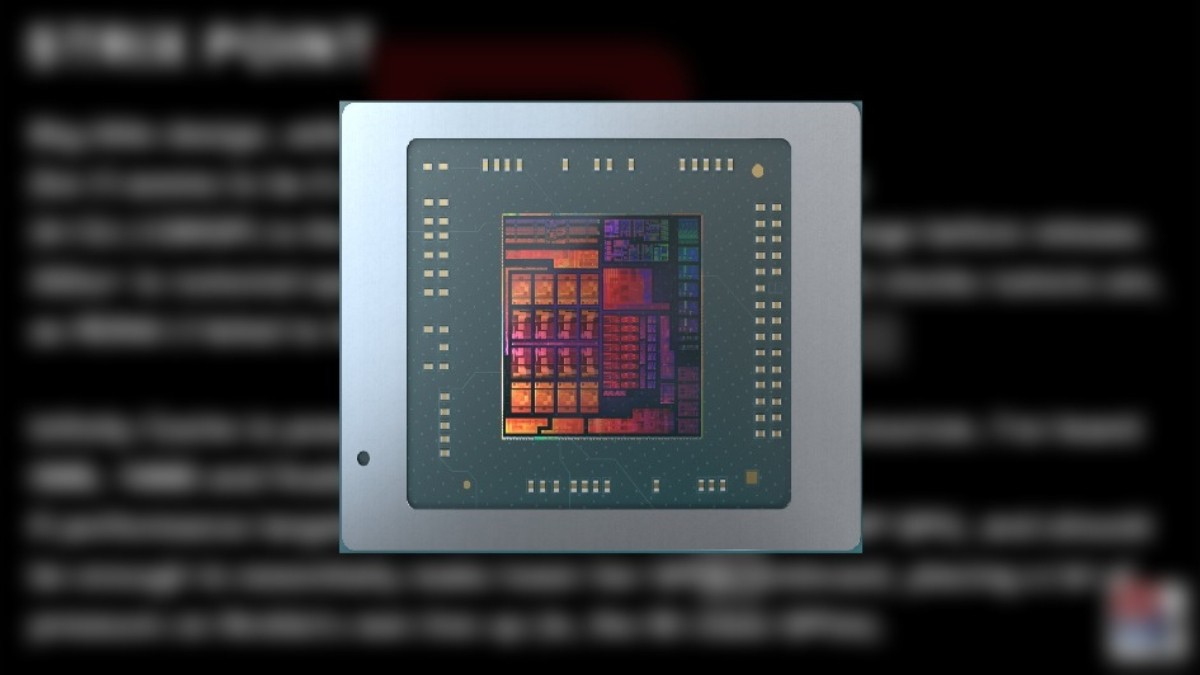 APUs from AMD called Strix Point are expected in 2024. According to reports, the chips have a hybrid architecture that combines large and small CPU cores. Paul, a prolific leaker from RedGamingTech, claims that the iGPU in the Strix Point has the potential to compete with discrete lower-end graphics cards.

The desktop Zen 5 “Granite Ridge” CPUs and Strix point APUs are expected to be available from AMD in 2024. The Strix Point APUs haven’t been given much information by the firm, but we do know that they’ll be constructed on an unnamed “Advanced Node” with Zen 5 CPU cores and an RDNA 3+ GPU. According to rumors, Strix Point APUs will have a hybrid architecture with Zen 5 and Zen 4D cores, similar to the 12th and 13th generation Intel processors.

Paul from RedGamingTech has since revealed some details about the APUs. According to the leaker, the chips will rock big time. 8 Zen 5 cores in a LITTLE-like design, which is consistent with earlier reports. He also cites AMD Zen 5, which will feature 8 cores per CCX like Zen 4. Paul doesn’t provide CPU performance figures, but he hypothesizes that Ryzen 8000 Zen 5 CPUs would experience a 25% average IPC improvement over Ryzen 7000 Zen 4 processors.

In addition, Paul claims that his sources have given him “mixed information” regarding whether Infinity Cache (IC) will be included on Strix Point APUs. However, according to some of the leaker’s sources, if the IC occurs, it might increase to 32 MB.

Paul speculates that Strix Point’s RDNA 3+ iGPU could have up to 24 Compute Units and a clock speed of 3 GHz or more. Nevertheless, the amount of CUs isn’t set in stone. Intriguingly, Paul believes that if AMD reaches the performance goals, the iGPU might render the lower-end discrete boards “irrelevant” with a minimum of 9 TFLOPs of computing capability.

As recent GPU launches have shown us, you should never rely on such leaks. These speculated specifications and performance predictions might or might not come true.