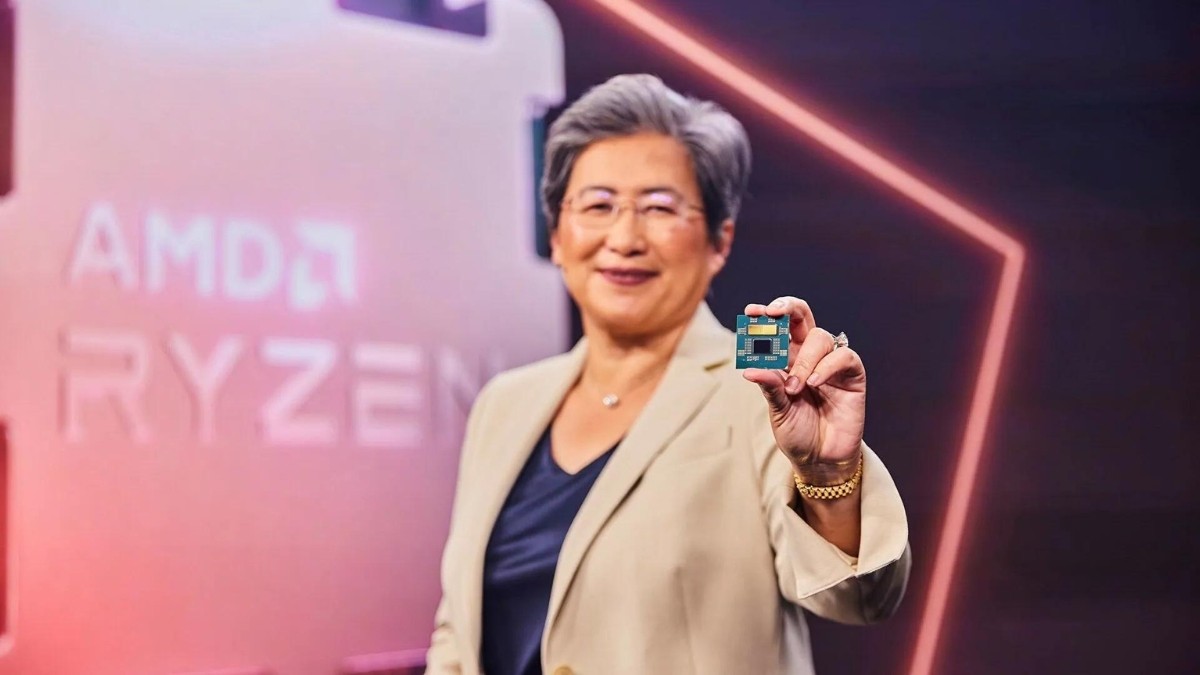 AMD is one of the firms that attendees are most looking forward to seeing at CES 2023, and Dr. Lisa Su will be giving one of the company’s keynote addresses. The new AMD Ryzen 7040 series CPUs were the first of many new products and collaborations with the company that the CEO of AMD introduced on stage.

AMD did not keep its supporters, enthusiasts, and detractors waiting for too long as it started by announcing the Ryzen 7040 series CPUs to the public, which would be available in March. Dr. Lisa Su asserts that semiconductors are “key enablers” of contemporary life and that they are “very necessary in everything we do.”

The AMD 7040 Series processors, for starters, use the 4nm process technology and have nearly twice as many transistors as the Ryzen 6000 series. According to Dr. Su, it is 30% quicker than Apple’s top processor and is faster than both x86 rivals and x86 competitors, as seen in a blender rendering programme.

Additionally, this new technology increases battery life so that devices may play videos for up to 30 hours. It also has real-time gaming performance, enhanced security, and a new Ryzen AI function under 7040.

The Ryzen 7040 will be available in March 2023 for more than 250 gaming laptops using the newest technology in ultrathin gaming laptops.

The new AMD Ryzen 7 7000 series processor for desktops and PCs was also shared by the CEO. All CPUs will be manufactured on a 5nm process and employ AMD’s 3D V-Cache technology, which it debuted with the AMD Ryzen 7 5800X3D in 2022.

Additionally, the Ryzen 6000 and 7000 series will soon have 3D V-Cache, which will be included in earlier AMD releases.

Dr. Su revealed the Ryzen 7045HX series CPUs, which will be available in February and include 16 Zen 4 cores, 80MB on-chip memory, 5.4GHz boost, and RDNA2 Graphics, in an effort to supply mobile devices and notebooks with AMD’s top processors.

Lenovo and HP laptops with AMD Ryzen 7045HX processors were unveiled as partners’ Legion Pro line. The Radeon 7600M XT GPUs, which will be available in February, were also unveiled by the AMD CEO at this time.