Home » News » Amid the arrests of 19 potential sex predators in sting operation, warning issued against children’s cellphone use 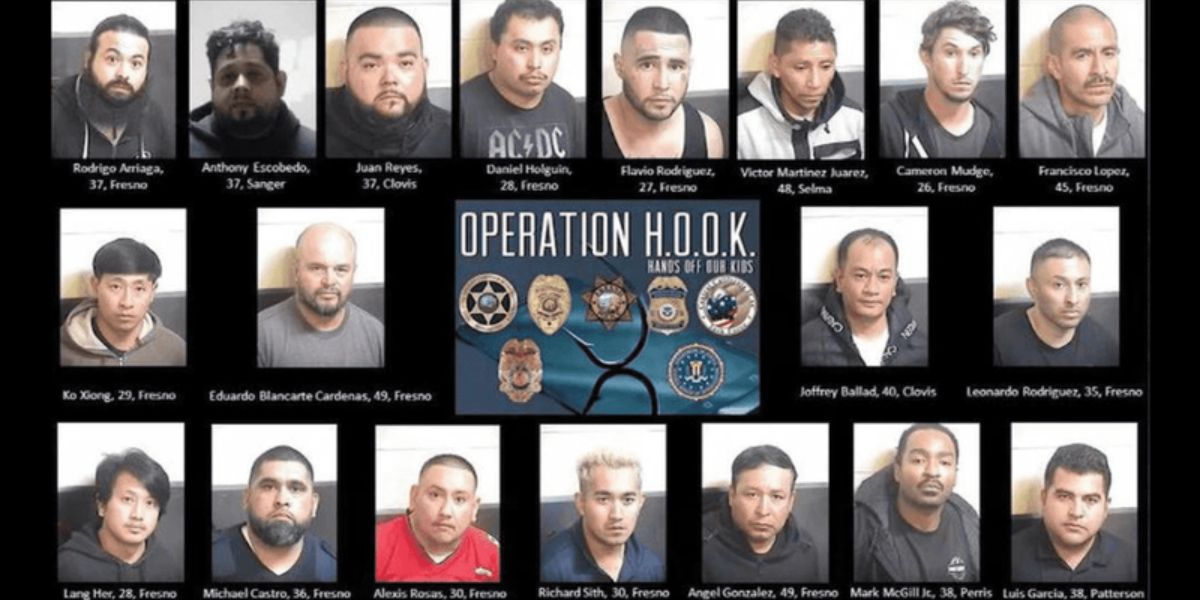 In a significant crackdown on potential sexual predators, Fresno police conducted a sting operation that resulted in the arrest of 19 people. According to Operation H.O.O.K., which stands for “Hands Off Our Kids,” the officers detained these guys when they tried to meet with kids for sex.

It has since come to light that a few of the investigators spent hours on end impersonating children in various internet chat rooms and applications.

“All of the suspects were first to express their sexual desires, and they initiated a time to meet with a detective posing as a child,” said Fresno County Sheriff, Margaret Mims. Mims also claimed that the detectives had clearly mentioned their fake ages, and some even posed as 12-year-olds, yet the suspects wished to meet them for sex.

The entire operation was orchestrated with the help of local, state, and federal law enforcement agencies. Fresno County District Attorney, Lisa Smittcamp said in a statement, “The greatest evil and the greatest threat to children is the cell phone. This is how children are exploited, how they are violated, and how these predators get access to our children.”

US Forest Service employee Mark McGill Jr., 38, was detained by Operation H.O.O.K. police after driving up to the meeting location in a department fire engine with the intention of having sex with a young girl, according to the authorities. He was able to pay $30,000 bail and get out, though. 12 additional suspects out of the 19 have also bonded out, according to Fox 19.

“I want to remind parents that the suspects in these cases may not fit a certain stereotype or profile that you have in mind,” Mims stated. She also pointed out that they were able to grab 19 of them, but thousands of sexual perpetrators still walk among us preying on vulnerable children. “A potential danger of being online more often is having an encounter with a sexual predator who is seeking a relationship with a child,” she added, as per the report.

Being aware of what children are doing is essential for parents, particularly as most of them have access to technological devices and the internet.