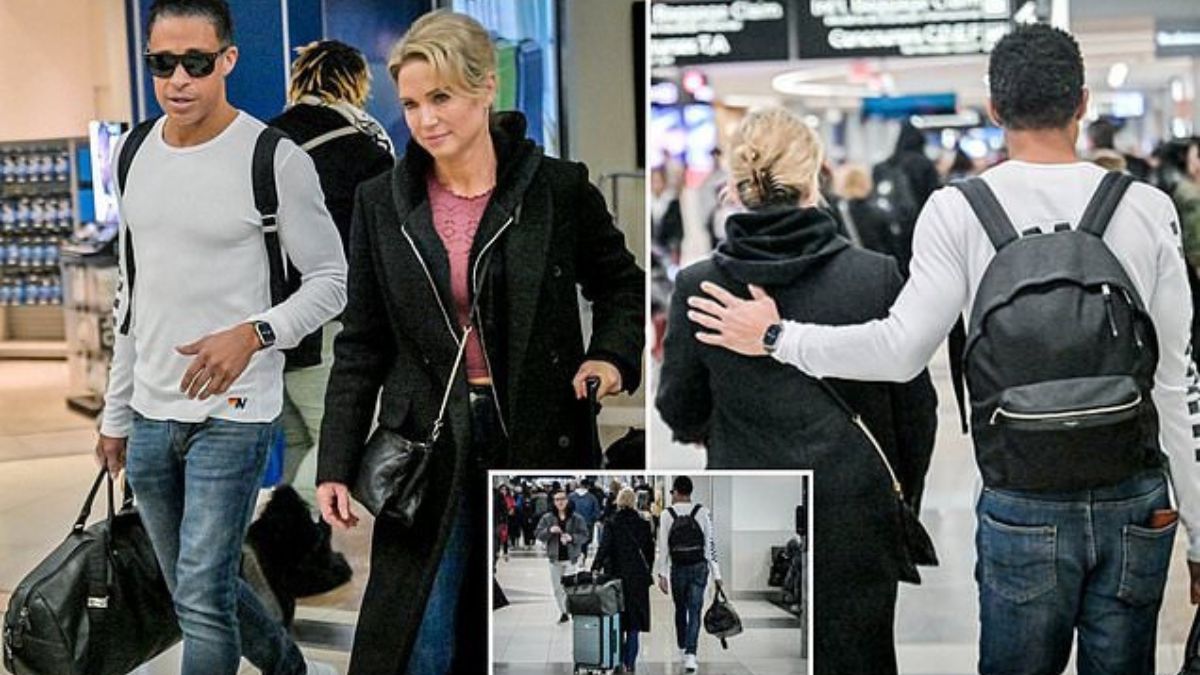 Photos exclusively obtained by Page Six show “Good Morning America” hosts Amy Robach and T.J. Holmes cuddling up at the Atlanta airport on Monday at about 10:30 a.m. They were seen standing near to one another while checking Robach’s phone while on vacation together.

Additionally, the “GMA3” personalities have plenty of time to flirt as they have both been placed on administrative leave while ABC looks into their relationship.

Moreover, Robach, 49, is married to Andrew Shue, an actor on “Melrose Place.” And Tim McIntosh, a former MLB player, was her previous husband from 1996 to 2008. Ava, born in 2002, and Analise, born in 2006, are their two children. In addition, Shue, 55, whom Robach married in 2010, deleted all images of her from his Instagram account days after the news of her affair broke. And early this month, Robach relocated from their apartment in the West Village to residences closer to downtown.

On the other hand, 45-year-old Holmes is wed to the lawyer Marilee Fiebig, with whom he has a daughter named Sabine. He also shares two more kids with his ex-wife Amy Ferson, Brianna and Jaiden. Additionally, married in 2010, Holmes and Fiebig had been apart for a while. However, they were attempting to “work things out,” as Page Six exclusively revealed, until news of the Robach affair surfaced.

On another note, Holmes and Robach, who co-hosted the daytime news program, is said to have started dating in March while preparing for the New York City Half Marathon. Furthermore, they were seen making out in clubs close to the Midtown Manhattan offices of ABC News in May. Holmes was then caught groping Robach’s butt on a retreat they took to a cottage in upstate New York in the fall.

Page Six exclusively revealed that the affair with Amy Robach is not the first at-work relationship that T.J. Holmes has had. He apparently had a three-year relationship with Natasha Singh, a producer, and at least one other employee.

On another note, several videos showing the co-anchors interacting and even using sexual innuendos with one another have appeared after news of the affair was widely publicized. In one from March, the couple makes fun of their preparation for the marathon and their ability to complete it.