Home » News » An emotional tale of Coline Fanon, adopted as baby who discovered she was the result of child trafficking, finds out her biological mom through Facebook 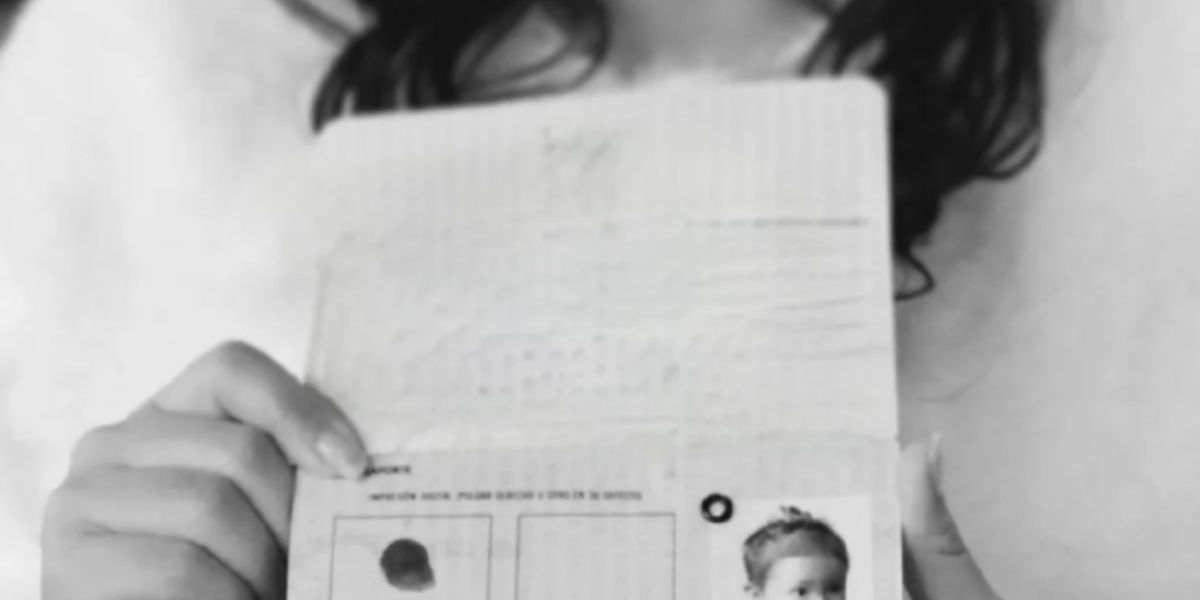 Coline Fanon was always aware that a Belgian couple had adopted her in Guatemala. She was unaware that she had been abducted at birth, and neither did her adoptive parents. His investigation evolved into a search for the whole truth.

We read the pages of Mom, I’m Not Dead as a gripping family love story and thriller combined. Since love has always been present for little Coline. The young child, who was adopted at the age of one in Guatemala, has no recall of her very first moments. She was given up for adoption by a very poor mother who did so in an effort to give her and those who would become her parents a brighter future. Coline has a pleasant family and a good upbringing. She then has a 5-year-old daughter of her own, who one day tells her bluntly, “I want to go to the nation where you were born. When are we going?

The decision is made, Coline will look for traces of her past. “Everything has always been very clear for my parents and for me. It was not a question of denying my life here to reconnect with my roots, but simply to make the link between the two. And my daughter’s words just told me it was the right time. »

The discovery of a secret

Coline looks up “Guatemala adoption” online. Numerous articles start to appear there. She digs deep into her file with the aid of a Franco-Honduran journalist and discovers discrepancies in dates and information. She worries that the truth may not be what she has believed to be for 31 years, despite the fact that the political and social climate of Guatemala in the year of her birth gives her some solace. In 1987, at the height of a 36-year civil war that encouraged the adoption of hundreds of orphans, she was born. But what began as a humanitarian effort swiftly evolved into a lucrative market.

Additionally, some institutions abducted babies when there weren’t enough young orphans available for adoption. being made aware by this awful context and through investigation, Around Coline’s birth date, this mother makes reference to the death of a child.

“I recognized her as my mother the moment I discovered her on Facebook. Since she resembled me in the images, but more importantly because there was no room for question due to my gut and deep conviction. She doesn’t respond when Coline messages her. The young lady has since uploaded numerous pictures of herself on her Facebook page. “I did this to demonstrate my credentials since I resemble my blood family, much like one may throw a bottle into the ocean. Then she makes touch with this woman’s eldest daughter, who is supposed to be her “big sister.” Coline receives her response, “Who are you? You resemble me so much, but it’s not possible… “You’re gone!”

Immediately, he received a letter from his biological mother saying: “Hello my love, I believe I am your mum, I was informed that you were dead. Coline gets a video call and doesn’t even have time to respond. There, for the first time, we see each other again. There’s no mistaking her now. She asks where I live, and when I tell her that I’m no longer in Guatemala but rather in Belgium in Europe, she starts asking questions nonstop. My mum seems to be conversing with a ghost while simultaneously happy and upset. Coline makes the hasty decision to travel alone to Guatemala to meet her family. I pondered if I was taking my husband, my daughter, who is 5 and a half, and my son, who is a baby, but I immediately realized that I had to do this first journey alone. I received the ticket from my father as a “go ahead” and “pat on the back” gesture. However, I secretly feared that my children would sense my abandonment and estrangement from them and that they would become aware of my own traumatic relationship with my mother.

When it was finally time for Coline to start packing for her vacation, on November 13, 2017, two and a half months had passed. The entire family is expecting him. “My mother cradles me in her arms as we both collapse and start to cry. I should be there, of course. I’m surrounded by my entire family, who I look so much like. The emotional tsunami is also on the side of his adoptive family. “I waited until I had solid evidence before telling my mother about my experience (she is an adopted mother; Coline never uses the phrase; editor’s note). I was the most active.

Mariela was raised in a family that was not at all underprivileged. A healthy baby girl is born to her mother, who is a patient in a general medical ward. However, Mariela is admitted to a pediatric hospital, and when her mother requests to visit her, she is informed that she has been moved to a different facility. In the end, we have to inform her that her child died. and that she was buried in a common grave while he was away. I was actually held captive until I was 11 months old, tied by the wrists and feet alongside many other kids.

As a result of my investigation, I was able to comprehend this as well as learn that among the 80,000 stolen children, 200,000 killed, and 45,000 missing war casualties, there were around 1 million persons deported. To conduct study, I established the organization Racines perdus-Races perdidas. There are continuing legal proceedings going on at the same time. I want to support these adoptions, and I also want the states to acknowledge that they occurred.

“This research has changed my life but also that of my four parents. I don’t make a hierarchy between them. They give me all their love today. My goal today is to make my story an example to help all those who have suffered the same thing. And reconcile my two family albums: the one that my Belgian parents took care to put together for me from my first steps by their side – they kept absolutely everything related to my adoption – and the one that I started to do with all the pictures of my family in Guatemala. To make just one: ours, that of my big family…”

Article published in Entre nous magazine from January to March 2022.