In India, a trio is charged with torturing, killing, and then eating the remains of two victims in their 50s.

According to the police, they murdered the two women to sate their own sexual desires.

Kerala is where the horrible incident took place.

Muhammad Shafi, who had been on bail after sexually assaulting a 75-year-old woman, has been named by police as the key suspect. Shafi is a history-sheeter, according to Kochi Police Commissioner CH Nagaraju, who added that twelve charges have been filed against him in the previous 15 years.

He said: “Shafi has studied only up to Class 6 and did all menial jobs right from a driver to a mechanic to the one who runs a hotel.

“A rape case has been registered against him in the past when he raped a 75-year-old woman and also used a knife to make wounds in the private parts.

“We have found out that the same places were injured in the two women who were murdered apparently as a human sacrifice.” 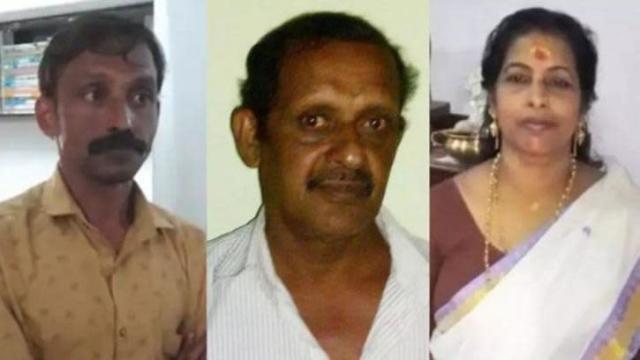 Bhagaval Singh and his wife Laila Singh are the other two defendants.

The three are charged with torturing, killing, dismembering, and partially consuming the two victims as human sacrifice.

Police suspect the group may have killed further people.

Padma and Rosly were the only names given to the victims.

Padma’s sister reportedly alerted authorities after revealing that her sister had last been seen in Shafi’s vehicle on September 26, 2022.

Shafi is thought to have served as the couple’s sorcerer.

He allegedly had a sexual relationship with Laila, often engaging in sexual activity with her in front of her husband and justifying it as a ritual.

Laila is reported to have decapitated Rosly in June 2022, while Shafi is charged with killing Padma.

Her husband removed her breasts for consumption when Rosly passed away.

The two victims were drawn to the couple’s home by Shafi, who had promised them better-paying employment. There, the trio enjoyed killing and tormenting the women.

Shafi forced the couple to prepare and consume portions of the dead ladies under the pretence that doing so would bring them wealth. The Commissioner said: “It has now been proved that he (Shafi) is a psychopath and a sexual pervert, and the one who derives sexual pleasure and will go to any extent even to kill for it.

“That’s how he befriended Singh and it took three years for him to win their confidence and trap them and the crime took place.”

The victims’ remains were hidden in a pit in the garden of the Singh’s home.

Commissioner Nagaraju added: “The murders were brutal, the women were killed within 24 hours after missing.

“The manner of killing is indescribable.”