Android 13 started work on predictive back, which alerts you when you exit an app and returns you to your home screen. Google announced today that the predictive back gesture in Android 14 can be used within applications to preview the previous screen.

Google discussed “falsing,” or how the back gesture often results in “people leaving the app by mistake,” impacting app usage metrics, during the “Designing a High-Quality App with the Current Android Features” session of the 2022 Android Developer Summit’s Platform Track.

Although user feedback such as “I can’t see that I’m on the last screen before the home screen” was cited, Google claims gesture navigation is a “fast, real, and ergonomic interaction model.”

Google’s solution for showing a small glimpse of the home screen as you scroll and the app window shrinks is the predictive back gesture. By enabling it from the Developer options, it can be tested for apps that have added support, such as Google Phone and TV. 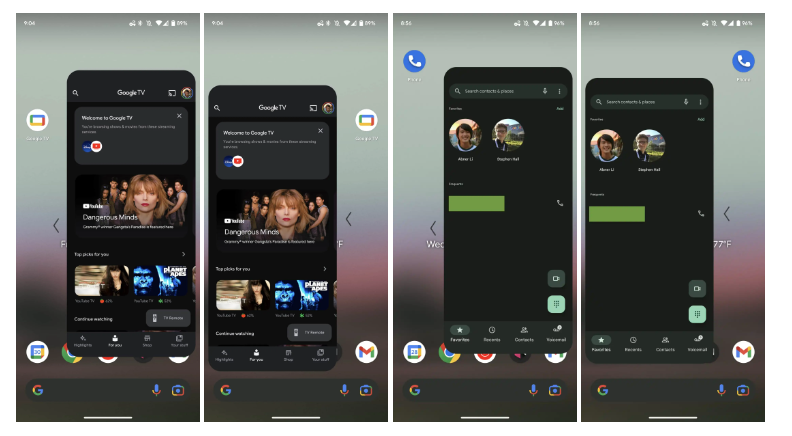 Android 14 will include predictive back by default, and the upcoming operating system will provide a “similar experience when users swipe within the app.” Using default or custom animations to show users where their back will take them.”

Today’s early example is of Google Calendar being opened to an event and then a person slowly toggling back. The fullscreen events page keeps shrinking until you see the previous screen (Calendar’s Schedule list view). This is followed by a Google Calendar animation showing the inline event card downsizing in the list.

Swiping from the left edge on iOS, for example, shows your previous screen through a sliding pane metaphor that first unveils the left side of the previous screen. As a piece of its preference for cards, Android will shrink the current view.

This is officially “coming soon in Android 14,” which is expected to go into preview early next year.