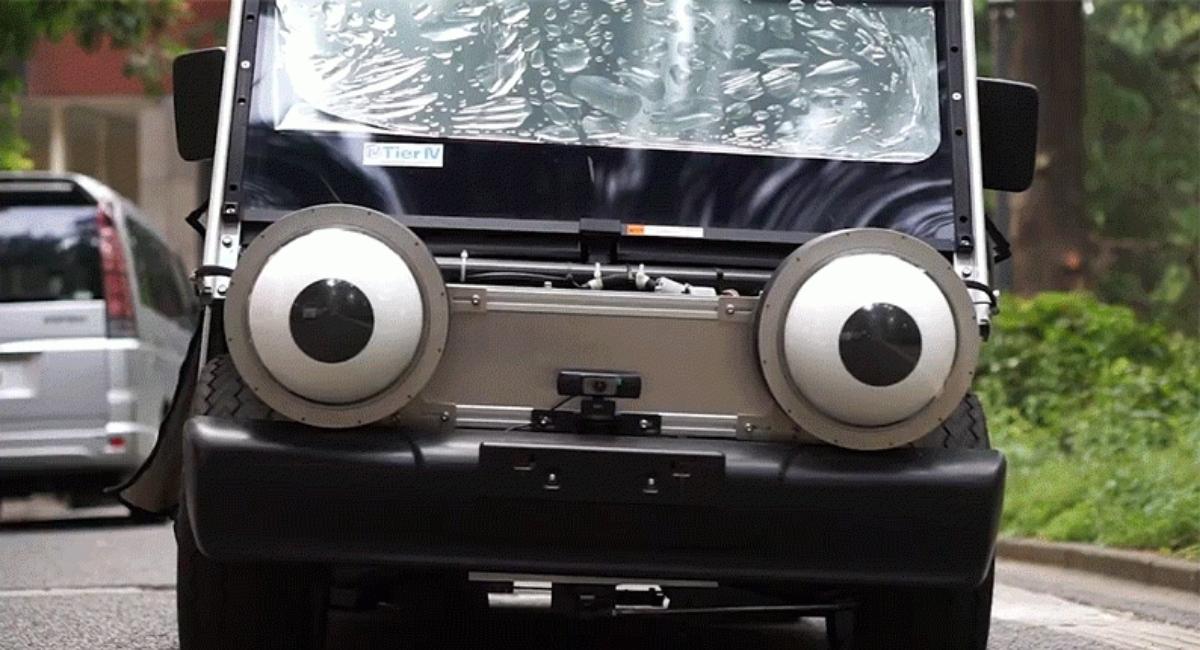 Autonomous cars will never be perfect, no matter how many cameras or sensors they employ. But new research from Japan indicates that a straightforward upgrade could help lower the risk of self-driving vehicles hitting unnoticed pedestrians – a pair of animated googly eyes that make it clear what the vehicle has or hasn’t spotted.

It’s almost second nature to make eye contact with an oncoming driver and check to see if the car is slowing down or stopping when you’re trying to cross the street. However, with driverless cars, which rely on cameras and sensors hidden everywhere over the vehicle, there is no visible way to tell whether they detected the obstacles and classified them as hazards necessitating a stop. 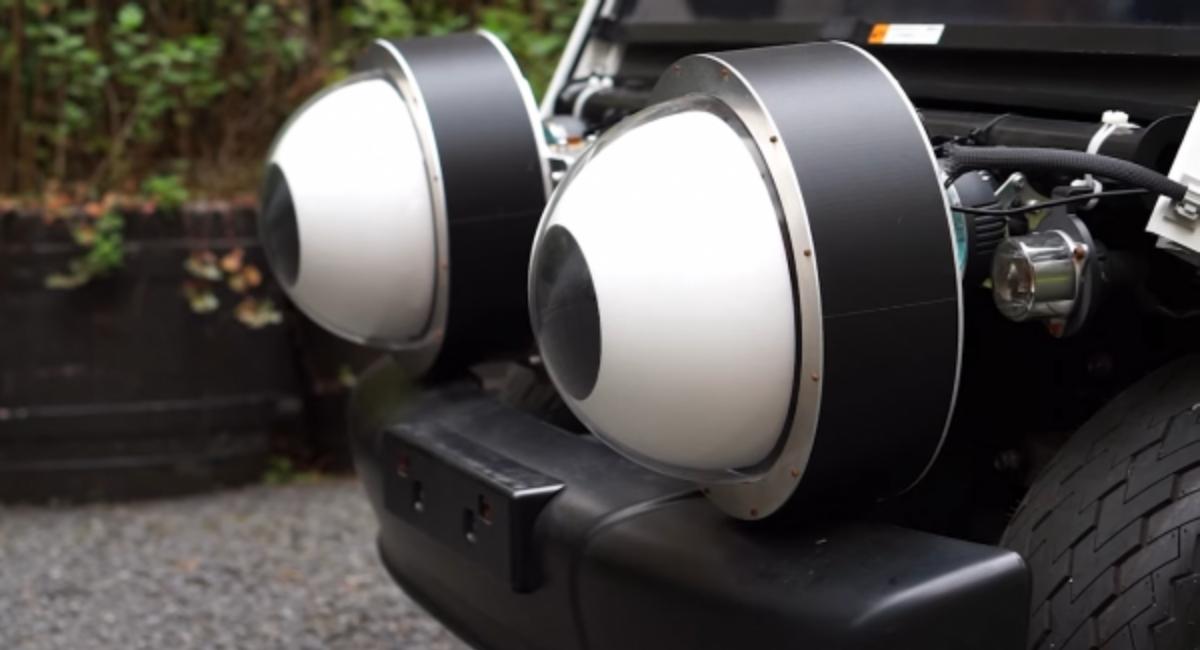 Researchers from the University of Tokyo and Kyoto University describe an experiment in which they upgraded a golf cart with a human but non-visible driver with a large pair of manually controlled animated eyes on the front that could be made to look around. Additionally, they recently presented this work at the 14th International Conference on Automotive User Interfaces. 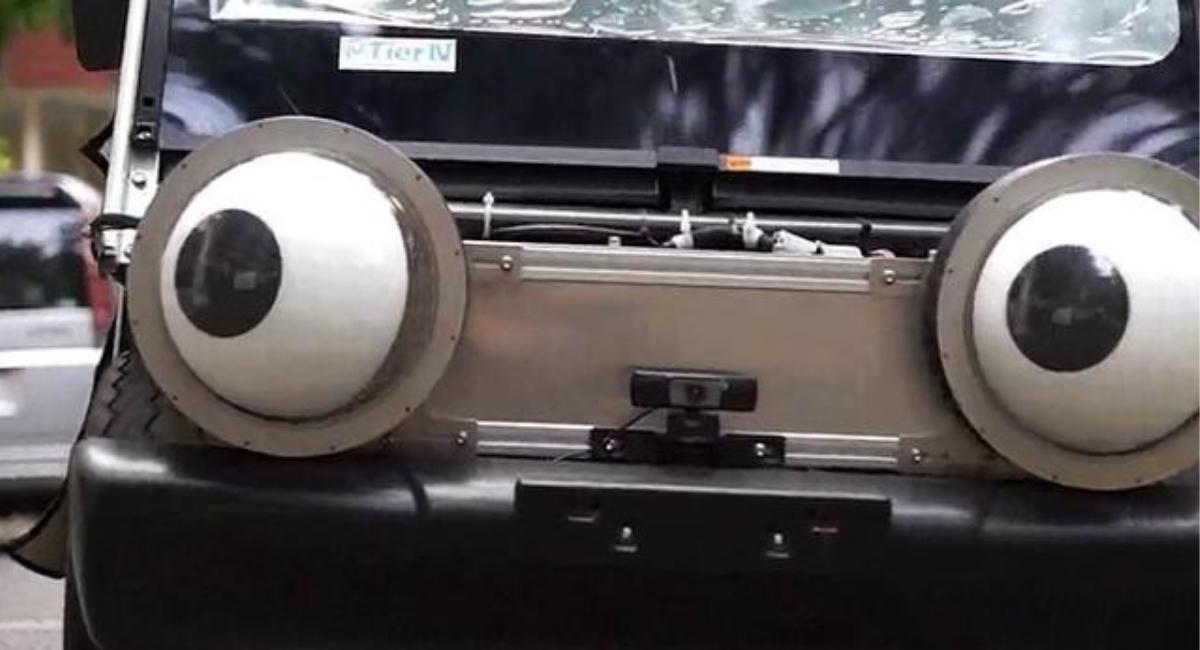 The researchers then filmed the scenarios with a 360-degree camera to ensure participant safety, and then 18 subjects—nine women and nine men between the ages of 18 and 49—took on the role of the pedestrian through a virtual reality headset. Additionally, they gave the participants three seconds to assess the situation and choose whether to try to cross the road in front of the approaching golf cart. 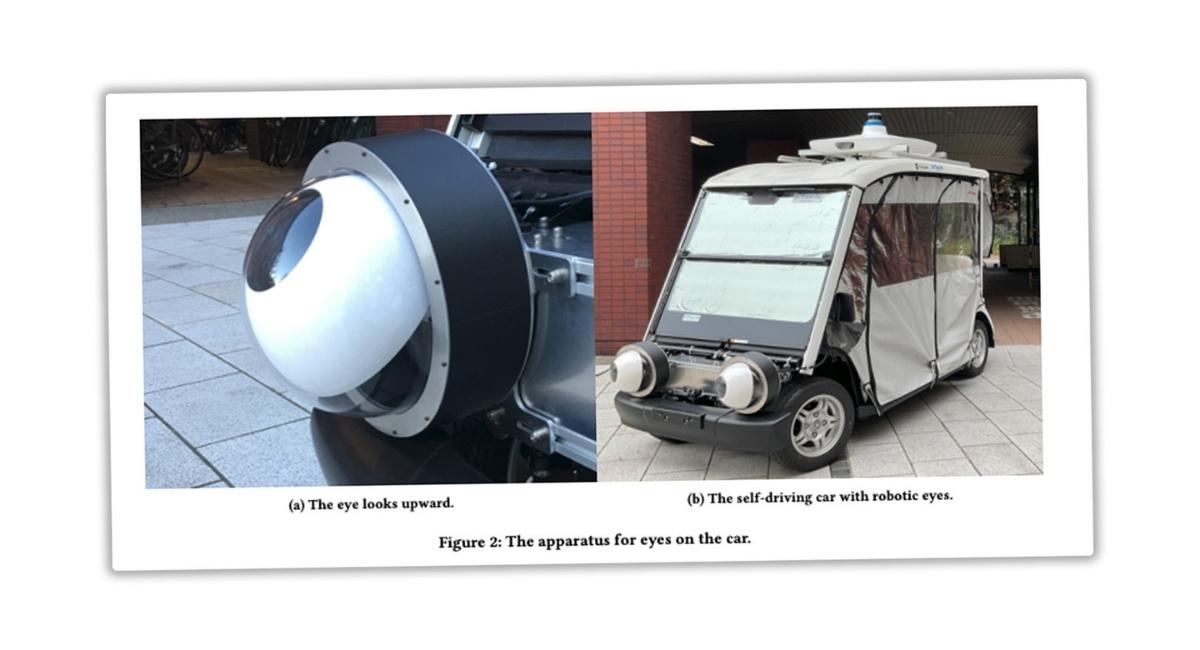 Moreover, the participants did observe that crossing seemed less safe when the eyes of the vehicle were looking away, but safer when the eyes looked to be paying attention to them.

On another note, the researchers believe they could increase the effectiveness of the giant eyes even further if they created them with aesthetics in mind, including a more lifelike appearance and movements. Besides, the participants also commented that the giant eyes were a little creepy and even a little scary.

The project serves as a reminder that changes won’t just occur to the actual vehicles as we go to the next generation of transportation.

Besides, to be more obvious to pedestrians who are accustomed to listening to the engine sounds of an approaching vehicle, we already outfit practically silent electric cars with additional noises and warning sounds. And despite how absurd it may appear, adding moving eyes to the front of a car could increase safety because people are among the most unpredictable things that autonomous cars have to cope with.