Tech giant Apple announced at its WWDC June event that it would introduce new texting features in its iOS 16 iPhones. Apple Pay Later, Lock-screen customization, and SharePlay added to the Messages app are some other features.

A wrongly typed text message leads to embarrassment or a misunderstanding, and therefore iOS 16 could help you recall such messages and edit your sent messages.

Messaging tools like Slack help you edit up to 100 sent messages, like typo errors or incorrect data. In addition, iOS 16 enables you to edit your sent iPhone messages within 15 minutes of sending.

Go to the iMessage thread known as the blue text in your Messages app to edit your texts. Unfortunately, the feature won’t work with ‘green texts’ (SMS).

By pressing and holding the message down, you will see the Tapback quick action menu and tap Edit. You can then delete the message, correct typo mistakes, and press the blue checkmark button to save your edits for up to 5 different messages. 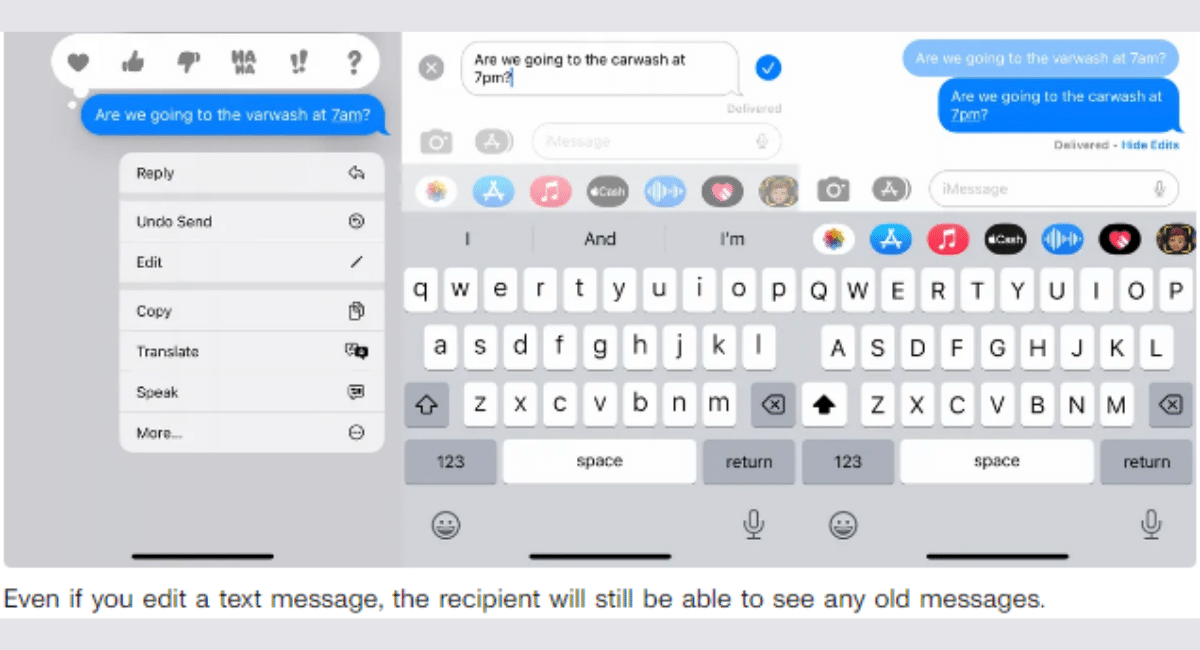 Moreover, your text receiver will also know that you have edited the message. When your receiver presses the Edited button below the edited text, all your previous versions of the exact text will appear above your newly revised message in a grayish chat bubbles display.

Accidentally sent messages are common among smartphone users. For example, we often send emojis instead of a text or send the message to the wrong contact number by mistake. iOS 16 allows you to recall those messages, unlike the edit message feature that gives you 2 minutes to unsend your text.

To unsend a previously sent text message on the Messages app, press and hold the message you want to unsend, showing blue text, and tap Undo Send. The text will disappear and the thread will display a message saying that the message is been unsent. So, both you and your recipient won’t be able to view it.

However, if the recipient uses an older iPhone version, the message won’t be unsent, although your phone hides it.

The receiver phone will display a gray text message saying, “[Name] unsent a message,” if the message is already viewed. The feature is similar to Whatsapp’s Delete Message feature, which shows a similar message when the text is recalled.