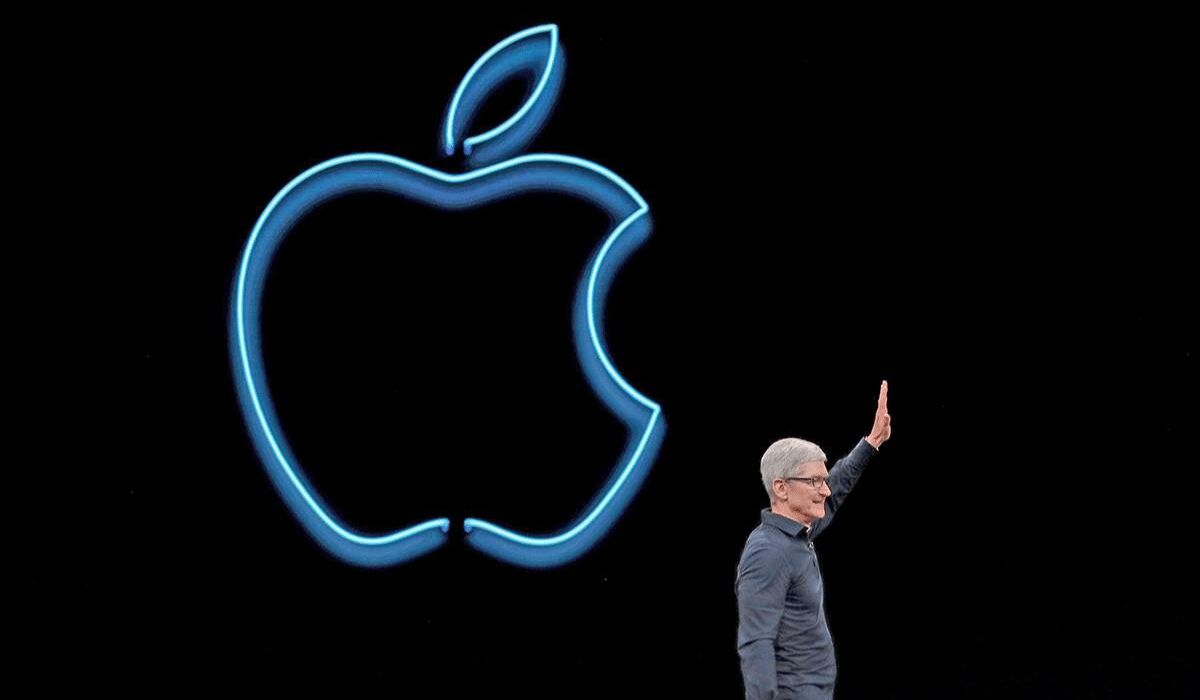 Apple’s much-touted services business has been a viable approach to make up for smartphone saturation, which has served as a profit-making tool for investors.

However, the recent development refers to a different story. In its quarterly financial report on Thursday, Apple takes stock of its gross revenue and net income. But the services business didn’t fare that well in this better-than-expected report. The unit grew 12% from a year earlier to $19.6 billion, trailing the $19.7 billion average analyst estimate, according to Refinitiv.

The services segment — which includes the App Store, Apple Music, Apple TV+, iCloud, and other subscription businesses, registered the slowest growth since the fourth quarter of 2015. The current quarter looks a bit gloomy. Apple CFO Luca Maestri said that in the September period, the services business would grow less than 12% due to macroeconomic conditions and a strong U.S. dollar. 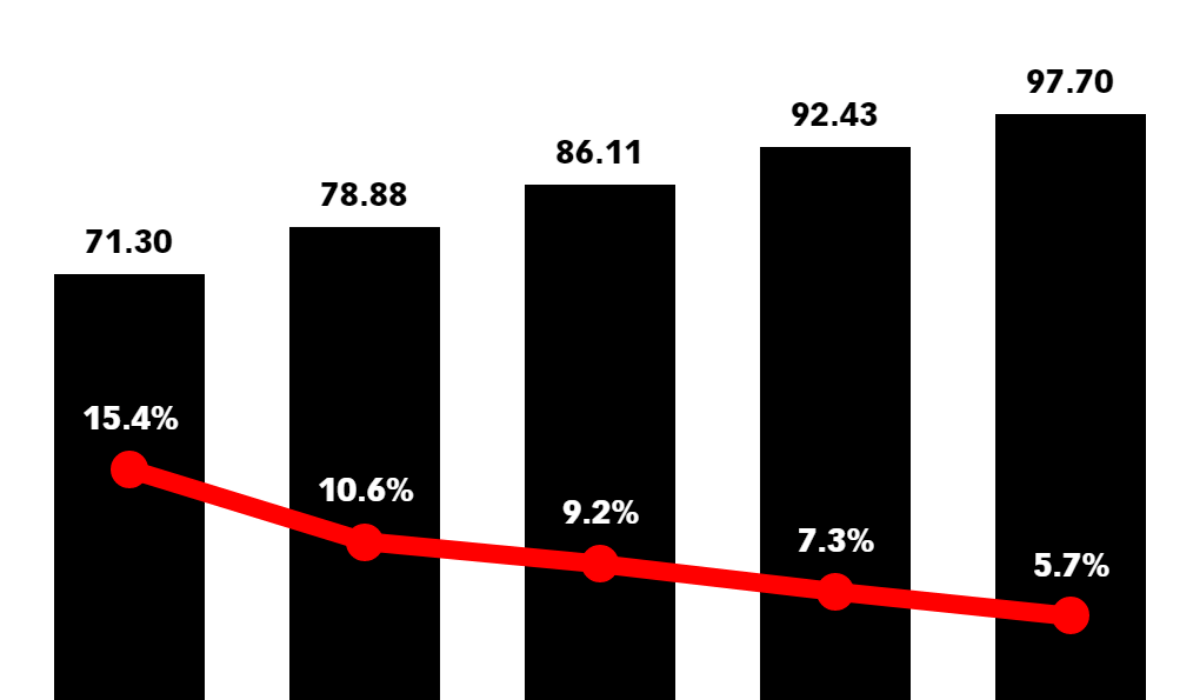 Apple shares grew in extended trading on Thursday on the back of iPhone and iPad sales, topping estimates and giving strong sales forecasts. But Wall Street has reason to be concerned based on the slowdown in services, which recorded growth of 27% in fiscal 2021 and 16% in 2020, the first year of the pandemic.

Investors generally like Apple’s move into services, because the products are more profitable than hardware and often bring in recurring revenue. The unit had a gross margin, or the profit left after accounting for the cost of goods sold, of 71.5% in the latest quarter, compared to Apple’s overall gross margin of 43.3%.

Morgan Stanley analysts wrote earlier this month that Apple’s long-term valuation could rise by 30% if the company focused on making money from its current customers through expanded services.

Maestri said the services business performed in line with its expectations. And even with growth slowing to 12%, it still saw more robust expansion than the company as a whole, which grew by 2%.
Apple CEO Tim Cook said the services division was affected by the economic situation. In particular, he cited the company’s ads business, which is one of the smaller services. 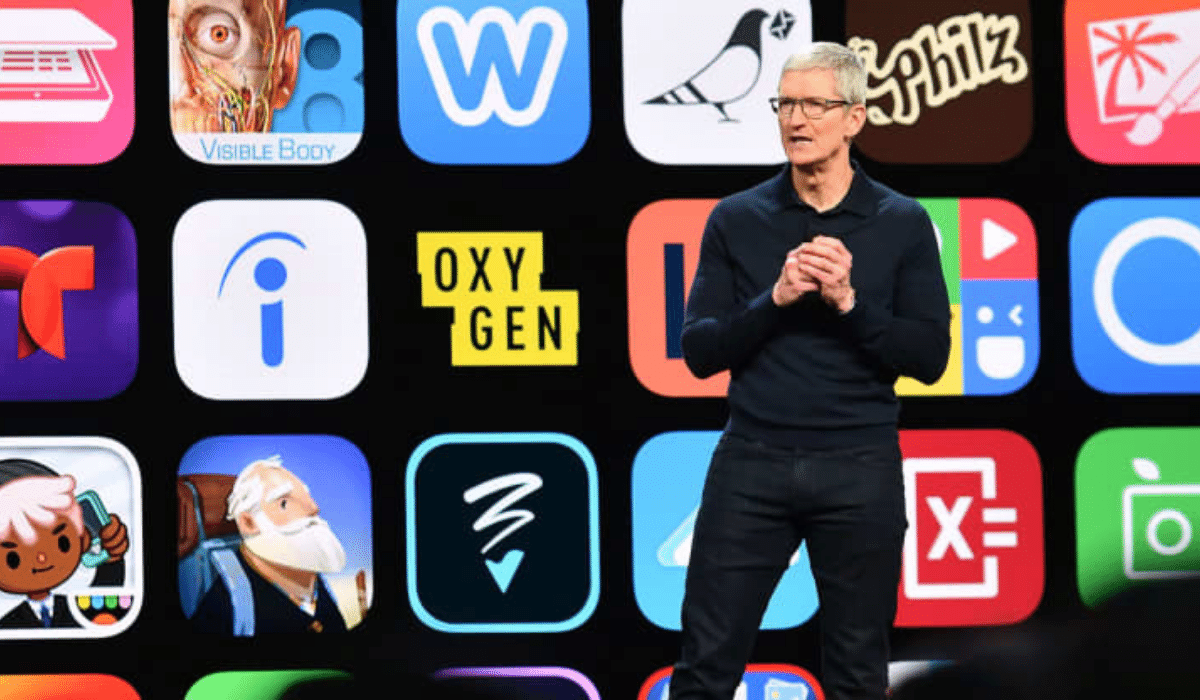 “Digital advertising was clearly impacted by the macroeconomic environment,” Cook said. “It’s a mixed bag in terms of what we believe that we saw.” Covid-19 shutdowns may have also made services growth “lumpy,” leading to difficult year-over-year comparisons, Maestri said.

“There have been lockdowns and reopenings and so on,” Maestri said. “So it’s very difficult to talk about a steady-state growth rate for our services business.”

Maestri said the number of iPhone users is still growing, suggesting that the services business can continue to expand by bringing in new customers. He added that music, cloud services, AppleCare warranties, and payments all hit record revenue levels during the quarter.