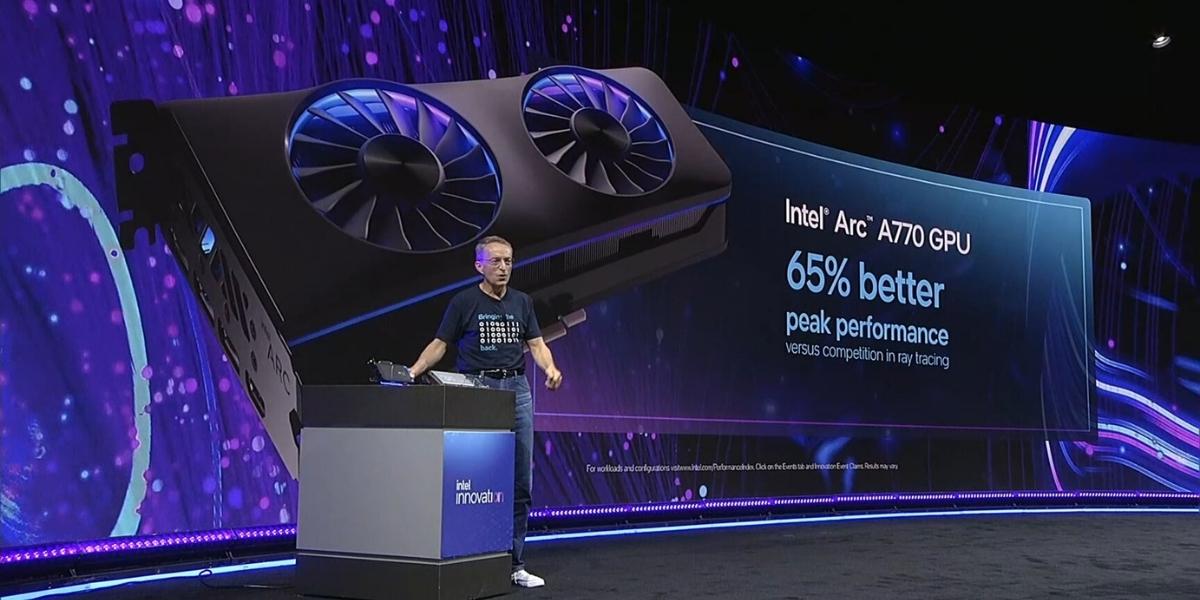 At the company’s Intel Innovation conference, Pat Gelsinger, the CEO of Intel, stated that the Arc A770 gaming-grade GPU will be released on October 12. Starting at $329, the A770 will be competitively priced with the RX 6650 XT and Nvidia’s RTX 3060, a card that the A770 is anticipated to easily beat.

If it performs well enough, Intel’s A770 might even compete with the greatest graphics cards.

“We’ve been seeing that for a long time the price of GPUs is right in this $200–$300 range, but what’s happened in the last few years is that they’ve gotten super expensive,” says Intel CEO Pat Gelsinger. “You should be frustrated because you are losing out as the gaming community, and today we’re fixing that.” 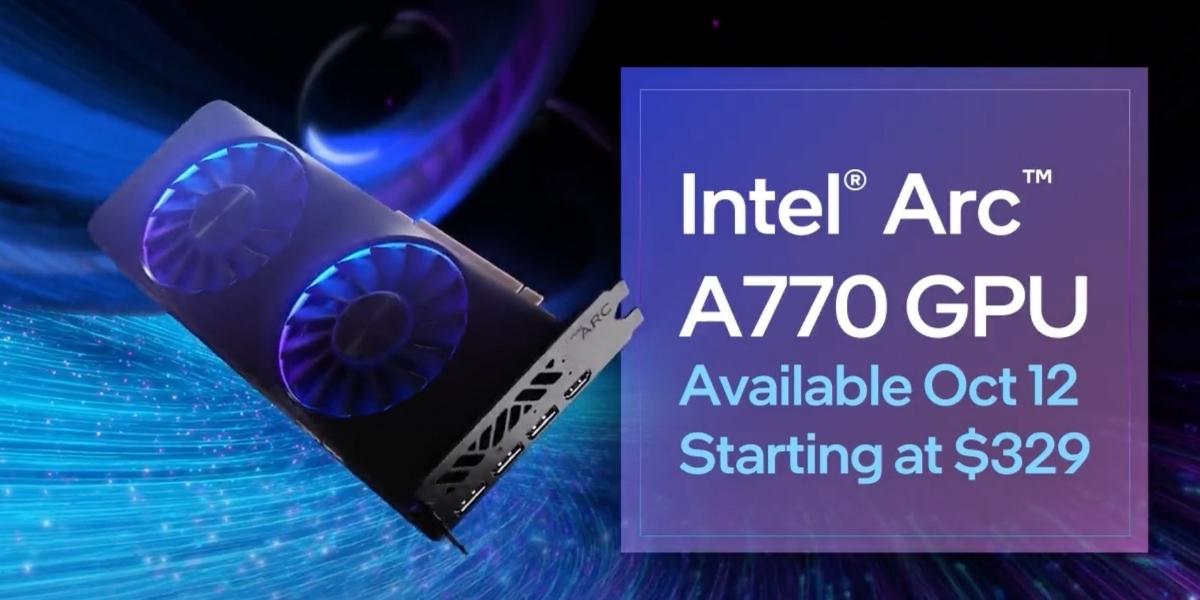 The A770 will have 32 Xe cores, a 2100MHz speed, and up to 16GB of GDDR6 memory. Although Intel hasn’t yet published comprehensive benchmarks for the A770, it recently shared some data demonstrating that the A770 outperforms the RTX 3060 in ray-traced games at 1080p. According to Intel, its ray-tracing performance will be 65% better than “the competitors.”

According to rumours, it might run similarly to the RTX 3060 Ti and RTX 3070 at 1440p, but we won’t know for sure until we see independent benchmarks.

Although specific cards weren’t specified as competitors, Gelsinger said that the A770 will provide 65% more peak performance in ray tracing than the “competition.” (In the past, Intel has made the Nvidia GeForce RTX 3060 a specific mention.) Following the announcement, Intel highlighted the “up to 2x performance uplift” made possible by XeSS in a tweet.

Due to Ethereum’s transition away from proof of work, miners have started abandoning their graphics cards, which has caused a significant fluctuation in GPU pricing.