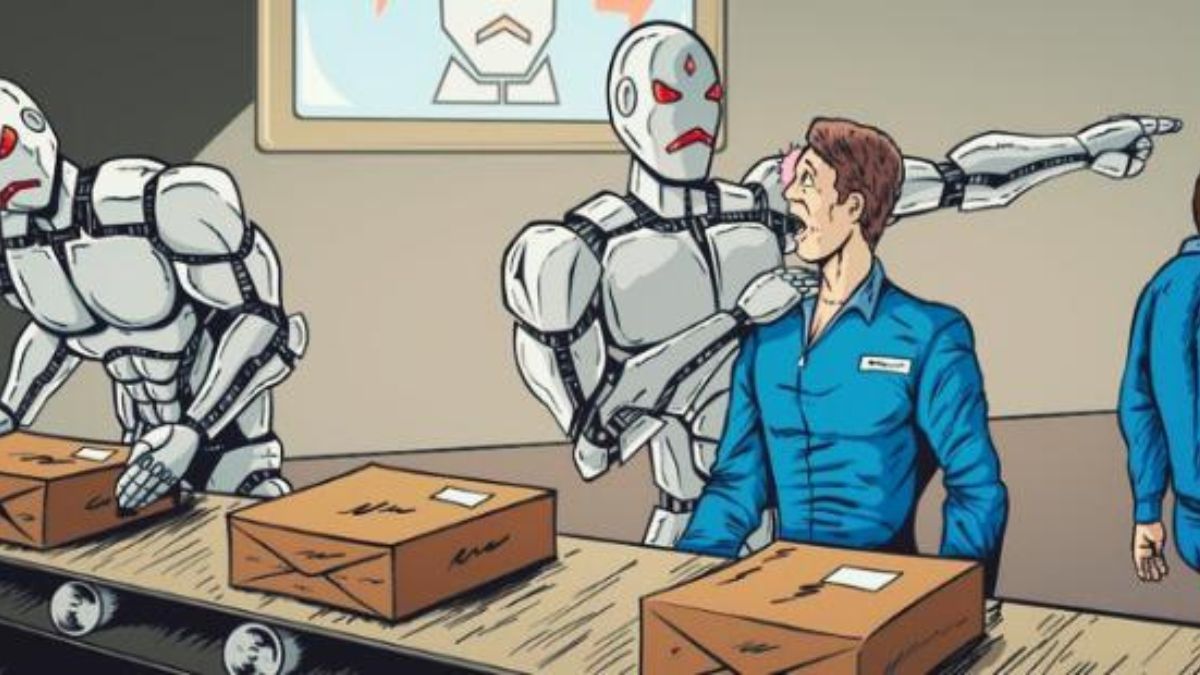 The use of robots in a variety of industries, including health, architecture, hospitality, tourism, and many more, was once considered science fiction.

However, we now see them working as restaurant chefs, factory laborers, and military aides. Since then, robotics has advanced significantly and is now largely interwoven into our social structures. The question, then, is: Are human jobs being replaced by robots?

Do Robots Have the Future? There is no need to be concerned about a potential robot takeover, according to a recent study by sociology professor Eric Dahlin at Brigham Young University (BYU), which was covered by ScienceDaily. In other words, this is not a Black Mirror episode.

According to Dahlin’s research, even when it’s not true, people frequently overestimate the rate at which robots are replacing people in the workforce.

Are Humans Loosing Jobs To Robots?

According to a recent study that was published in Socius: Sociological Research for a Dynamic World, just 14% of workers claim to have had their job replaced by a robot.

However, people who have experienced a job loss caused by a robot have a tendency to overstate the effect of robots replacing humans in the labour by a factor of around three. In order to better understand the connection between job loss and robotics, Dahlin polled over 2,000 people on their views on the replacement of human labor by robots.

Respondents were tasked with estimating the percentage of workers whose employers have replaced jobs with robots in the first question. The following query was if a robot had ever replaced its human employer.

47% of all occupations have been mechanized, according to the 14% of workers whose jobs have been automated. Similarly to this, even those who had not personally experienced job loss thought that 29% of their employment had been replaced by robots.

Dahlin stated in a statement that “generally, our perceptions of robots taking over is much overblown.” “Those who had lost jobs underestimated by almost three times more than those who had not,” according to the study.