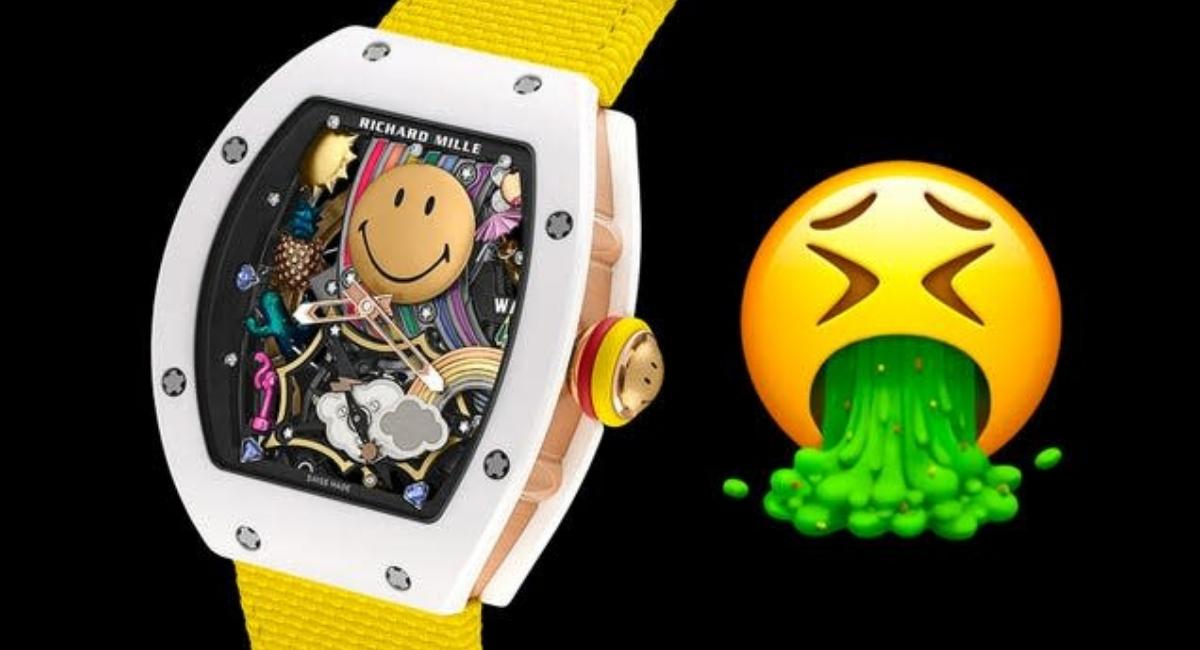 Richard Mille intends to capitalize on the age of mobile devices and the decline of the written word with a new watch full of three-dimensional emoji. Additionally, the “emoji watch,” RM 88 Automatic Tourbillon Smiley, comes with a $1.22 million price tag.

According to sources, the origin story of the RM 88 Automatic Tourbillon Smiling is based on the smiley face, the most recognizable emoji, concealed beneath the watch’s rotating hands. Harvey Ball, an artist, created the renowned smiley face in 1963. Franklin Loufrani, the founder of the Smiley Company, licensed it in 1972. Since then, he has made hundreds of millions of dollars licensing the grin to various brands and businesses, including Richard Mille right now. Instead of the smiley’s creation in 1963, the RM 88 Automatic Tourbillon Smiley celebrates the 50th anniversary of Loufrani’s licensing agreement, which actually seems appropriate for a $1.22 million watch. 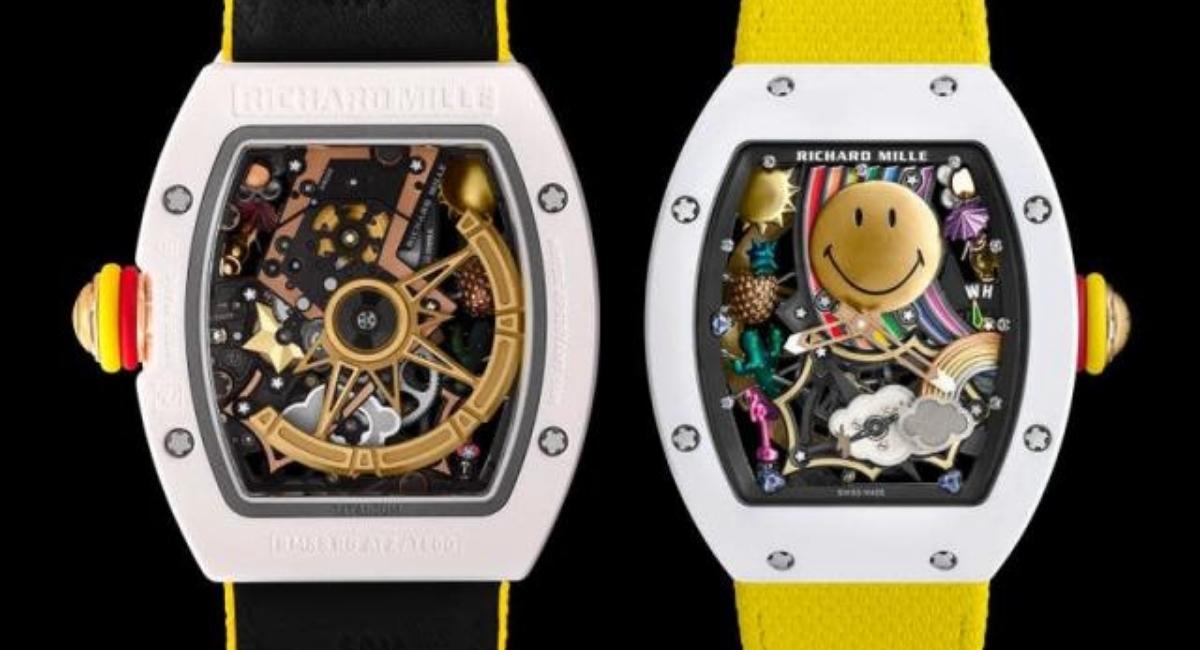 Why the hefty price tag on the emoji watch?

From a horological standpoint, the RM 88 Automatic Tourbillon Smiling has a brand-new movement, the automatic Caliber CRMT7, which the company took three years to create to leave as much room inside the watch’s case for a collection of 3D hand-finished gold sculptures depicting emoji like a pink flamingo, a pineapple, a couple of rainbows, a cactus, a drink with an umbrella, and the sun.

Furthermore, the power reserve of the emoji watch is around 50 hours, which indicates that the tension in its mainspring will run out approximately every two days. However, because it has an “automatic” movement, it has a spinning weight that spins continuously as a result of the wearer’s movements naturally and does all the winding. Therefore, the users never need to wound the emoji watch manually or have the time reset unless they don’t wear it for a couple of days. 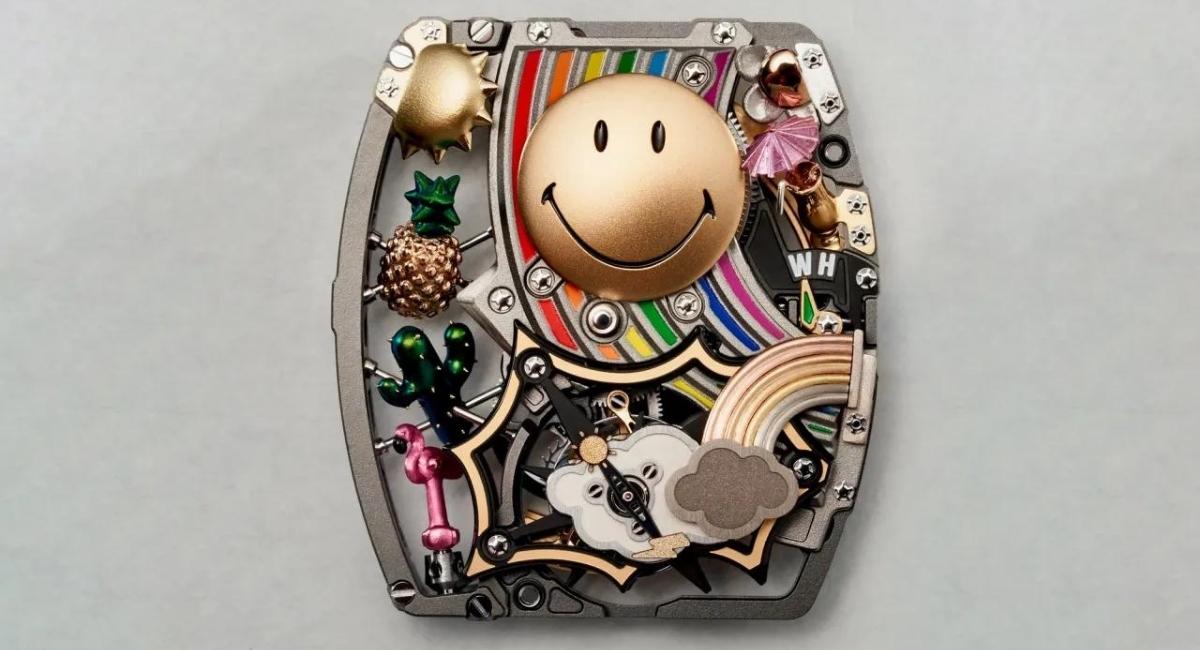 Moreover, other opulent elements include the liberal use of materials like grade five titanium and yellow gold, the casing made of a robust white ceramic fortified with aluminum oxide, and the strap made of yellow fabric with velcro, which may be its most useful feature.

Lastly, to help maintain its exclusivity, the RM 88 Automatic Tourbillon Smiley will be limited to just a 50-piece run. But, the question is – how many people will actually be waiting in line to spend that much money on a watch that features an emoji collage?