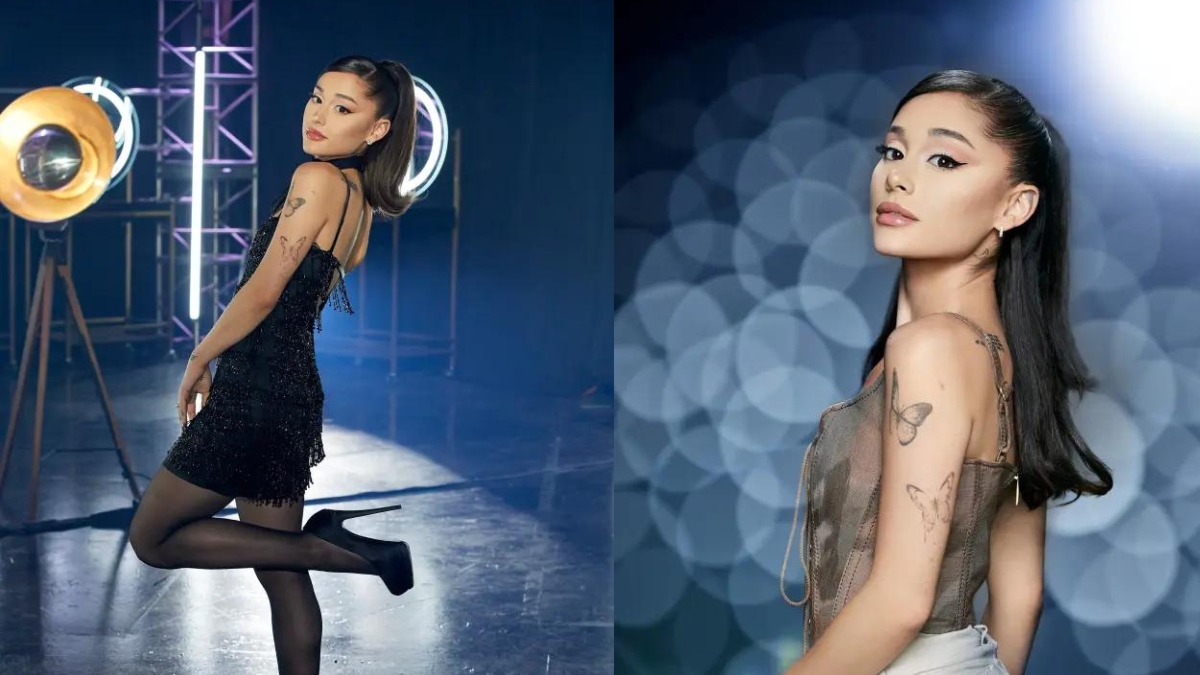 Ariana Grande, 29, recently unveiled a lighter hairstyle in preparation for her impending part as Glinda in the “Wicked” movie. Additionally, she displayed her blond locks in a recent perfume advertisement. She wrote in the caption of an Instagram image on Sunday, “Introducing our first ever fragrance duo: Mod Vanilla and Mod Blush,” noting that the perfumes would be selling at Ulta Beauty on December 1.

Furthermore, in the video, Grande was seen hopping on a motorcycle while wearing a full pink outfit and wearing her hair in two wavy pigtails with bangs. The “Victorious” star accessorized her look with a pink bandana and makeup that was reminiscent of the ’60s.

“soooo exciting!!!! and this video… you are stunning!!!” her mom, Joan Grande commented with her “Wicked” co-star Cynthia Erivo adding, “We love!!!!”

Moreover, just two weeks ago, the “Positions” singer teased her transition into Glinda the Good Witch for the movie version of the renowned Broadway musical. The pop artist captioned a picture of her platinum hair in a stylish ponytail on Instagram, “New earrings.”

Additionally, Chris Appleton, a famous hairstylist who turned Ariana blond for her “Sweetener” era in 2018, entered the discussion at that same moment. He commented, “Ohh Hi old friend.”

On another note, when Erivo, 35, was cast as the Wicked Witch of the West, Elphaba, it was originally revealed that Ariana Grande would play the bubbly blond witch opposite her. The movie, which will be released on Christmas Day in 2024 and 2025 is split into two parts, directed by “Crazy Rich Asians” filmmaker Jon M. Chu.