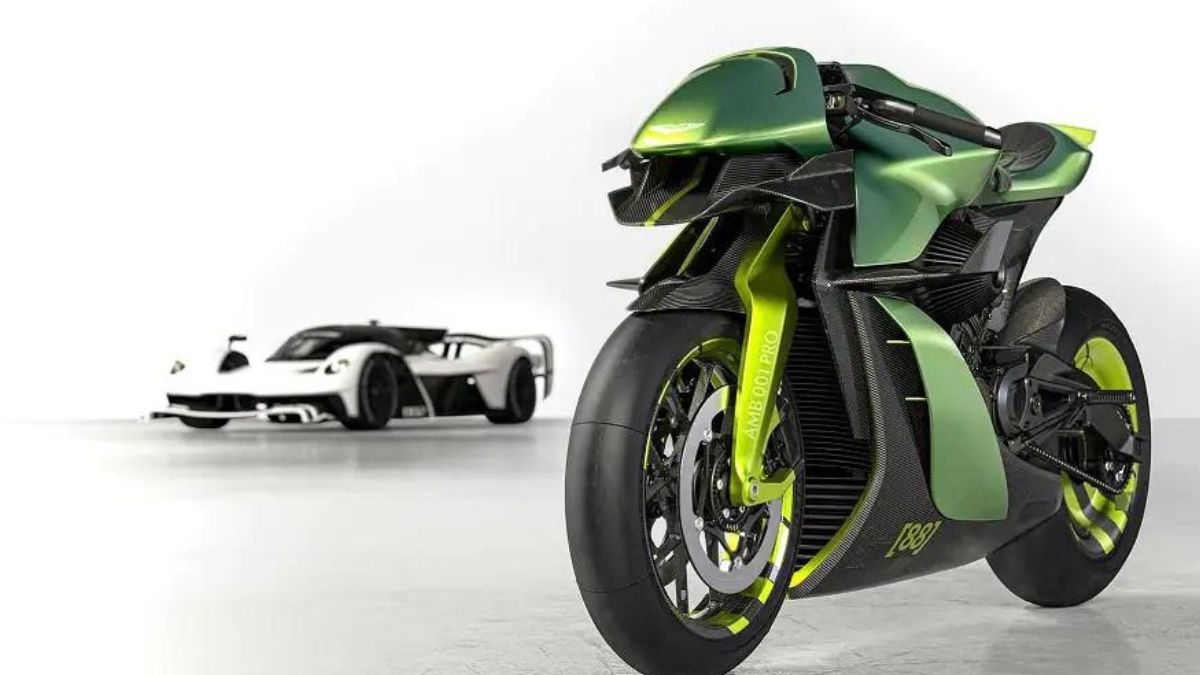 Aston Martin and Brough Superior are teaming up once more to create a motorcycle that is far too powerful for public roads — and 99 percent of the human population. This year’s Milan Motorcycle Show (EICMA) saw the debut of the Aston and Brough AMB 001 Pro. Aston Martin designed the new hyperbike, which will be created by Brough Superior.

The AMB 001 Pro is a follow-up to the AMB 001, a track-only motorcycle that was inspired by the Valkyrie AMR Pro that came before it. The track-only model of the Valkyrie elevated the performance of Aston’s best road car ever to the level of an unhinged hypercar, and this recent Aston and Brough collaboration applies that strategy to Aston’s motorcycle.

The new AMB 001 Pro motorcycle produces 225 horsepower and weighs 386 pounds dry. The bike’s engine is still a 997cc water-cooled V-twin, but it now has a fully machined aluminum frame.

The bike’s aluminum badge is 99.4 percent lighter than typical Aston “lacewing” enamel badges. The price has not yet been announced, but the previous bike launched at more than $95,600.