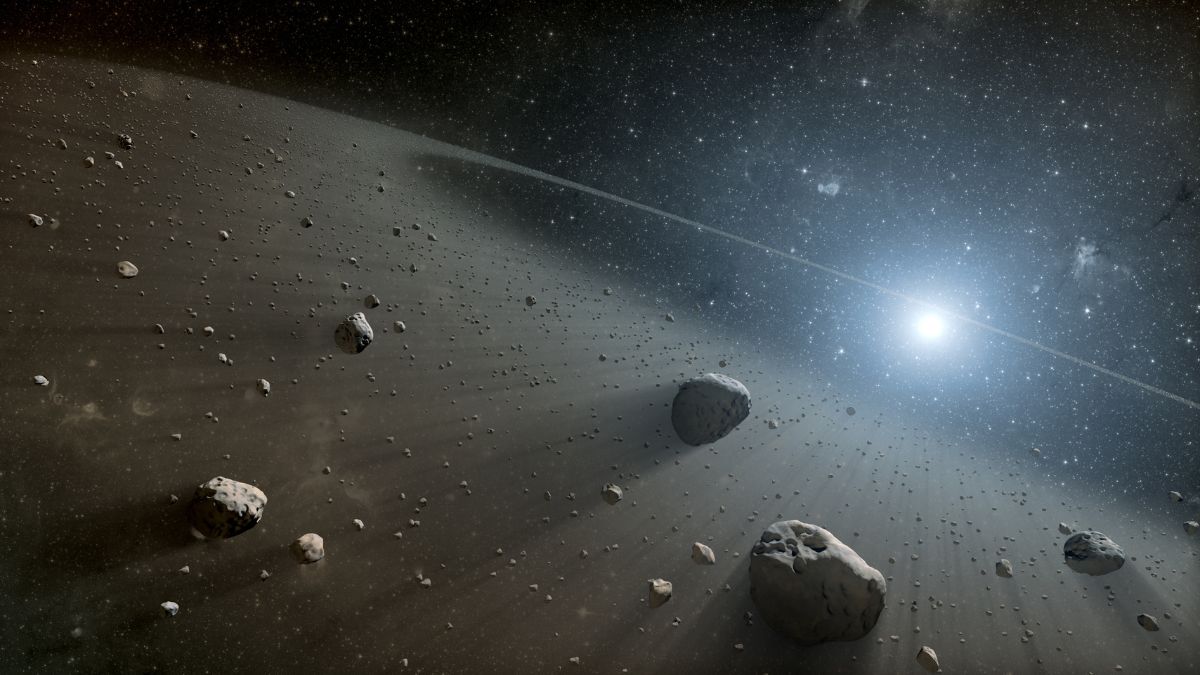 Two tiny, faint stars that are nearing the end of their lives are located far away in the center of the Milky Way. White dwarfs WDJ2147-4035 and WDJ1922+0233 are two of the galaxy’s oldest stars at more than 10 billion years old. Recently, astronomers found something remarkable around them: the remains of planets, making this one of the galaxy’s oldest known rocky planetary systems.

To examine this system, astronomers used data from the Dark Energy Survey, GAIA, and the X-Shooter instrument at the European Southern Observatory. They located pieces of debris from planetesimals, which are clumps of rock and dust formed during planetary formation. By separating the light from the two white dwarf stars into its various wavelengths using spectroscopy, the researchers were able to determine the composition of the surrounding matter and the stars themselves.

One of the stars is extremely red, indicating that sodium, lithium, potassium, and possibly carbon are present. The other star has a helium and hydrogen atmosphere, which makes it quite blue. Metallic elements found in the debris around these stars indicate that it was once a planet or other planetary body.

The study’s principal author, Abbigail Elms of the University of Warwick, stated in a statement that these metal-polluted stars “suggest that Earth is not unique, there are other planetary systems out there with planetary bodies similar to the Earth.” White dwarfs are so common in the cosmos that understanding them is crucial, especially those that are this amazing. 97% of all stars will eventually become them. Cool white dwarfs, which were created from the oldest stars in our galaxy, shed light on how planetary systems formed and developed around the oldest stars in the Milky Way.

Due to the fact that metal elements accumulate in abundance over time as a result of the star-forming process, studying old planetary systems like this one can aid astronomers in understanding how the galaxy has changed.

According to Elms, “We are discovering the earliest star remains in the Milky Way that are contaminated by former Earth-like planets.” The fact that these events took place on a scale of 10 billion years and that those planets perished far before the Earth was even born is astounding.

The study has been published in the Royal Astronomical Society’s journal, Monthly Notices