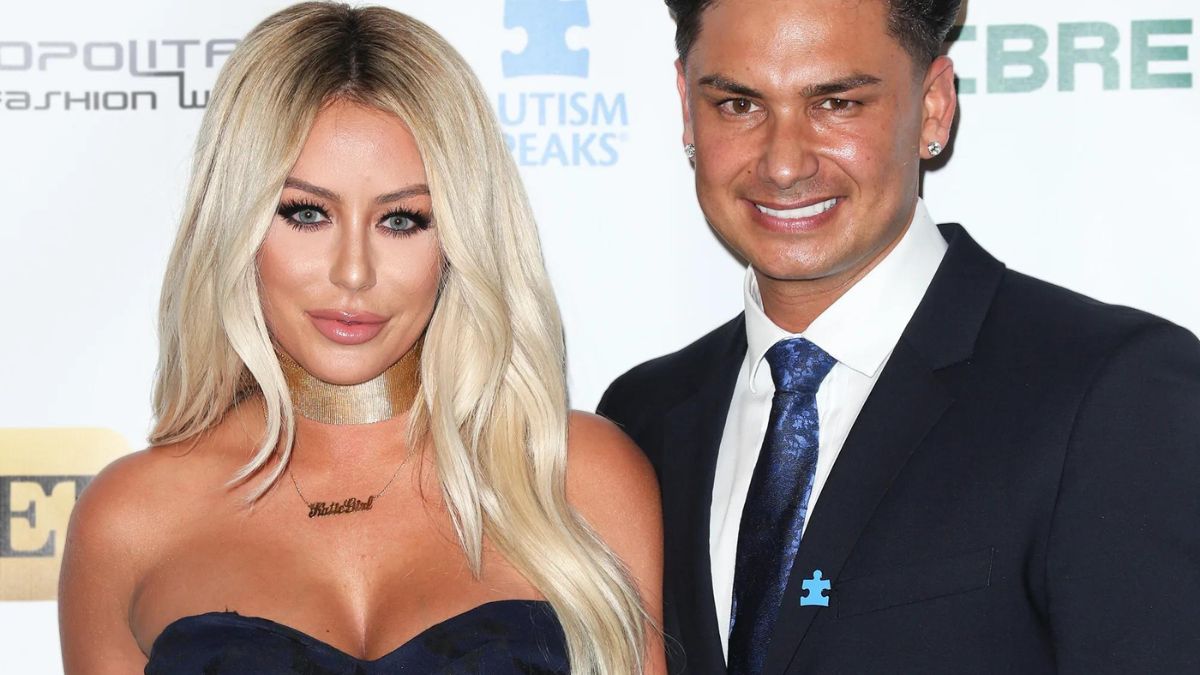 Aubrey O’Day alleges she “learned” she was single after Pauly D allegedly “fingered two waiters” while filming Season 1 of “Jersey Shore: Family Vacation.”  The 38-year-old ex-frontwoman of Danity Kane stated during a recent interview on SiriusXM’s The 10s Spot radio show “Mack In The Morning!”, “Everyone thinks we broke up at ‘Marriage Boot Camp.’ That was the last they saw of us. But we got back together.”

O’Day and her then-boyfriend, who is now 42, took part in the September 2018 debut of Season 11 of weTV’s “Marriage Boot Camp: Reality Stars.” Pauly, real name Paul DelVecchio, left for Miami shortly after filming was finished to start work on the MTV “Jersey Shore” revival, which made its premiere in April of the same year.

The “Damaged” singer insisted, “I was with him all the way up until he left for ‘Jersey Shore’ with the ‘you’re my wife,’ ‘I love you,’ ‘I’ll call you on your birthday; I’ll get my phone back from the producers.’ He was in Miami saying bye to me as he handed them his phone.”

Also Read: Coco Austin says she can be “sexy” and “still be a mother”

Furthermore, Lauren Sorrentino, Mike “The Situation” Sorrentino’s now-wife, allegedly called O’Day in February 2018 and claimed she “didn’t know” that the DJ and pop star had reconciled after their “Marriage Boot Camp” breakup. O’Day alleged, “I learned that we were over after two and a half years — three almost, maybe — when Lauren called me on my birthday,” adding that Sorrentino proceeded to fill me in on all the drama Mike had spilled to her about filming.

She allegedly told O’Day, “Oh, yeah, Ronnie [Ortiz-Magro] just cheated on his pregnant [at-the-time girlfriend, Jen Harley], and they’re about to have her come to the house, and it’s gonna be so f–ked up, and blah, blah, blah.”

O’Day continued, “And I’m just listening to the trash. And then she said, ‘And Pauly fingered two waitresses at the club last night.’ And that’s how I learned that I’m not the ‘wife’ that he’s calling on my birthday.”

Aubrey O’Day said that with the release of “Family Vacation” Pauly “got his fame back” and “turned straight back into maybe what he always was.” She claimed that she wasn’t surprised by Lauren’s purported disclosure, despite being saddened by it.

She added, “I mean, he was cheating on me every weekend,” a claim that Pauly refuted in 2019. The singer then proceeded to shade the hell out of her ex-boyfriend after making sure to remark that the DJ “wasn’t as poppin'” when the two were dating.

She immediately pointed out that she’s a “double platinum-selling artist” and added, “He’s probably always had a bigger platform than me being a part of a show where they just f–k people and make up stupid words for women, like ‘grenade.'”

On another note, O’Day and Pauly first came into contact while O’Day was filming “Famously Single,” an E! series about relationship counseling. The singer responded, “Both of them have said shady s–t about me in the press, so they can both kiss my ass,” when asked how she thinks about the Sorrentinos these days.