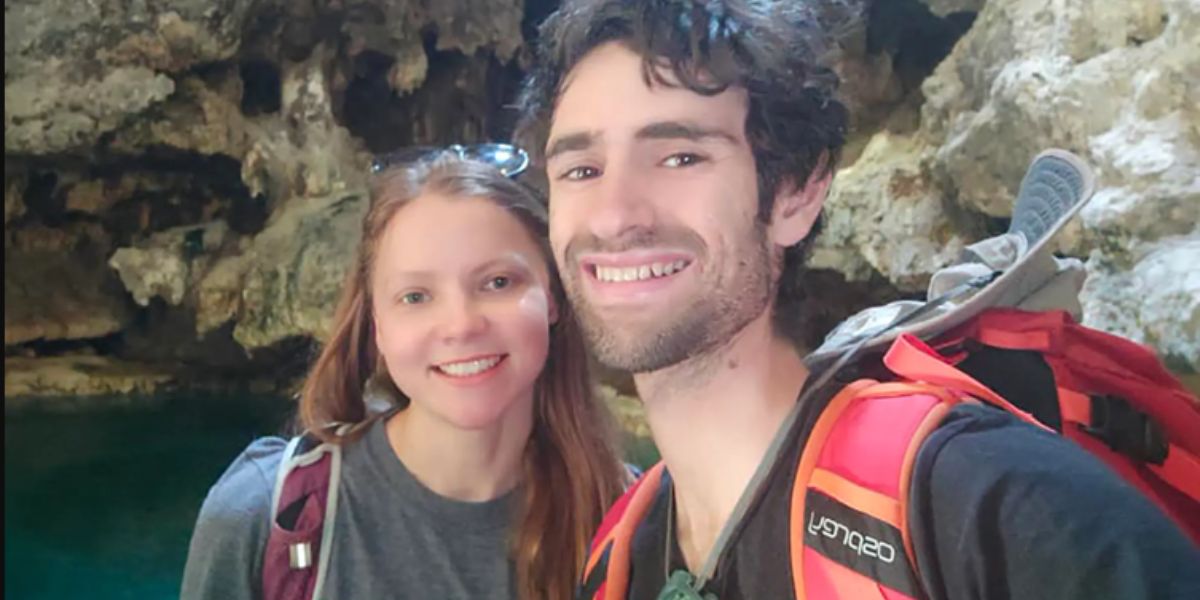 A strange rock climbing mishap in the Canadian Rockies claimed the life of a 28-year-old Australian man while he was in his wife’s arms.

According to news.com.au, Adelaide residents Daniel Heritage and his wife Emma were two months into a two-year trip abroad when disaster struck.

According to The Advertiser, Emma, who saw Daniel suffer the tragic fall, wrote a moving letter in memory of her late husband on Facebook. “You were my best friend, love of my life and adventure buddy,” she wrote in the touching love letter. “Thank you for bringing so much joy into my life and helping me realize that I was more capable than I think. Thank you for inviting me into your world where anything was possible and each day was an opportunity for a new adventure,” the grief-stricken wife wrote. “My heart longs for you and I’d do anything to be slow dancing to our wedding song, joking around together, exploring the world or sitting in silence reading books/movies together,” she continued. “Whilst I am upset about no longer having the opportunity to grow old together, I feel privileged to have known you,” Emma wrote. “You were the best husband I could have ever asked for and whilst I don’t know what the future looks like for me at the moment, I do know that you had a great last few months,” she wrote.

“You were dearly loved by so many people who had just met you and those lucky enough to have known you for many years. I love you now and forever,” she added, ending with: “Your wife, Emma.”

On social media, the pair had written updates about their trip as they had just celebrated their fourth wedding anniversary.

According to news.com.au, engineer Daniel expressed his desire to “pursue interests and passion projects that [he] hadn’t previously had the opportunity to” before setting out on the journey.

“This includes rock climbing in the Canadian Rockies, becoming a more proficient skier, building on my photography skills, and by the end of this trip I aim to have lead-climbed a frozen waterfall,” he wrote.

“The death was very traumatic for Emma as she witnessed the accident and held him in her arms as he passed,” Bartel wrote.

“As Emma is still in Canada (currently staying with friends she met on her travels), we desperately desire to send up a family member from Australia to be with her to support her in her grief and to help bring her and her husband home,” she wrote.

“We would greatly appreciate any support to help ease the financial costs associated with traveling so suddenly and to support the families with funeral costs and other expenses,” Bartel wrote.