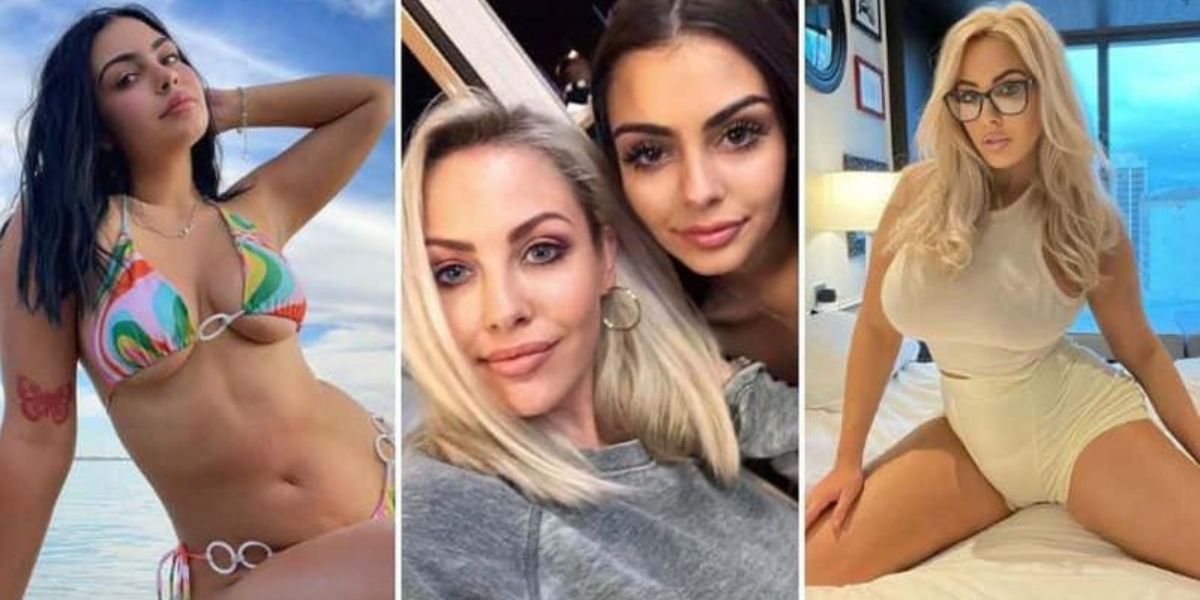 Due to their success on OnlyFans, a mother-and-daughter duo is garnering international attention. The seductive mother Evie Leana, 37, was persuaded to sign up by her daughter Tiahnee, 20, and the pair soon began to make a stunning $30,000 each for creating obscene content for OnlyFans. The two supposedly left their employment to concentrate on their acting careers.

Tiahnee, who joined the website after becoming 18 years old, claimed to have made $100,000 in just 12 months. Tiahnee encouraged her mother Evie, who quickly gained a following and was earning $10,000 a month. It didn’t take much convincing, Evie said Femail, adding that she had earned enough cash to quit her job and open her own clinic as a side business. She then stated it was time to stop passing judgment. Soon after going viral, Tiahnee and Evie had offers to star in a new reality TV show, but they apparently declined.

Evie said, “We went viral in the UK, America, Spain and Germany to name a few countries.” Speaking of turning down the reality show she said, “‘We didn’t do this for fame. We wanted an easier lifestyle where we can live life on our own terms.” While Tiahnee was the reason Evie took up OnlyFans they keep their business separate and do not spend time helping each other. Evie said, “We have our own things going on and our content is very different.” The single mother of four said, “She definitely has more boundaries than I do. I have boundaries also but my content is definitely more explicit than hers.”

As a result, Tiahnee and Evie’s lives began to receive more attention, and they eventually began to earn $30,000 per month each. In addition to having enough money to maintain her family, Evie left her 9 to 5 job in June. Since then, she has opened her own clinic, where she works as a beauty therapist with an emphasis on body shaping, but she claims that OnlyFans is her primary clientele. Having been with her long-term lover since they were both 14 years old, Tiahnee resigned her job last month to focus on Only Fans. Evie stated: “They were best friends in high school and have always been completely in favor of her choice. It has never been a problem for him to even snap her picture.”

Evie said she genuinely enjoys doing OnlyFans and it makes her feel thankful that there is a platform to not only earn money on but to embrace her sensual, feminine side. “The financial liberty and being able to work on things we are eager about and enjoy in our spare time, living life on our own terms and building toward our futures is something that we could not do otherwise.” Evie continued to add that she’s copped negative judgment from people online. “There is a lot of adverse stereotypes around sex work but not only that I think as a society there is so much shame around sexuality in general,” she said. She concluded by adding, “there are a lot of people to would prefer to keep that side of them private but let’s not shame others and educate people on their right to enjoy and express their sexuality as long as it’s consensual and not hurting anyone.”