Home » News » Ball python thwarts robbery attempt at gunpoint, saves owner’s life as the attacker was scared of the snake 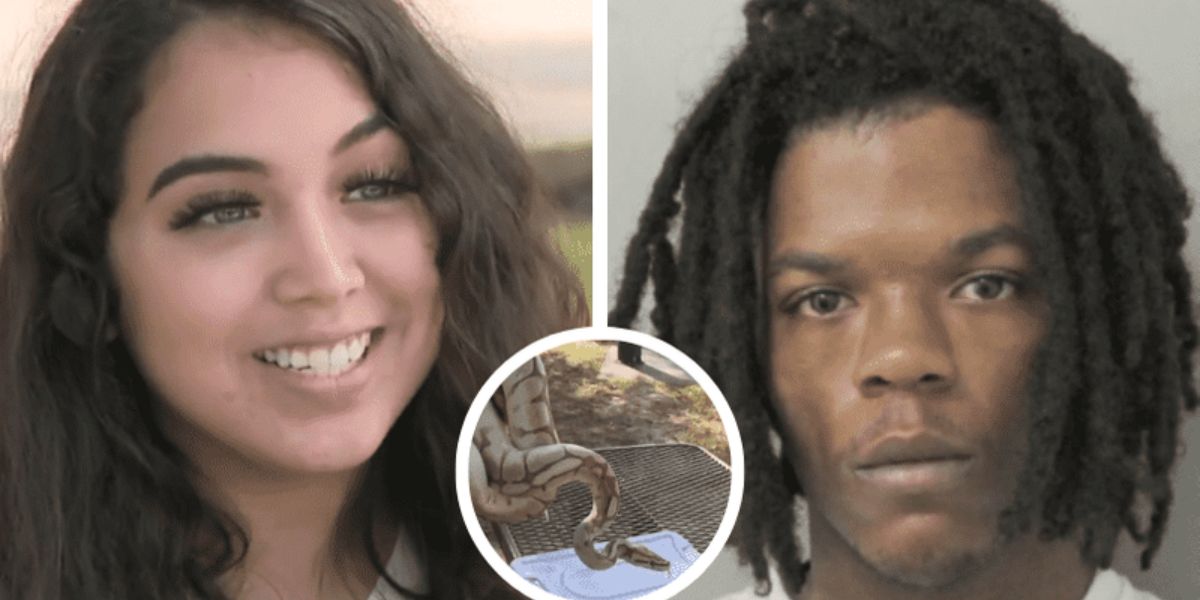 When a Houston woman tried to sell her ball python, she almost killed herself. Ariel Giron described the traumatic experience that led her to list her pet ball python, Chompers, for sale for $200 on OfferUp last month.

Ariel was held at gunpoint by two other men who then attempted to steal her snake when she met up with him and her potential buyer at a location that had been disclosed. One of the men was captured by authorities, but the other is still evading capture, according to Houston police.

Ariel received a call from a woman who claimed to be interested in buying her python. On Sunday, October 2, they decided to meet in the parking lot of an apartment building in the 9400 block of Clearwood Street.

Two kids welcomed Ariel when she got there, one of whom had just a few dollars in his hand. According to Click2Houston, the girl informed Ariel that her brother would send the remaining funds, which was not part of the previously communicated plan.

But swiftly Ariel found herself surrounded by two men, one of whom had a gun and held it at gunpoint, demanding she gives them the snake. “It was straight to my temple,” she said. “Whenever I told him no, he was very stunned.”

One of the men is seen reaching out to the snake in a surveillance video released by the Houston Police Department, but he swiftly pulls away as Chompers became hostile.

She guessed that the snake was what frightened him. “He kind of leaped back as the snake kind of passed by him.” Due to the fact that both men fled at that point and she was able to flee after passing her snake to her friend in the front seat of her truck, Ariel believes that Chompers saved her life that day.

Authorities also detained 17-year-old Sean Flythe in connection with the crime and charged him earlier this week with aggravated robbery with a dangerous weapon. According to court records, he has a history of violence from the previous month.

According to Houston police, the other suspect was still at large as of Friday, November 4’s late afternoon. Chompers has allegedly changed since the armed robbery, according to Ariel, who thinks it was all staged. She exclaimed, breaking into a crackle of laughing, “Now I assume he’s staying with me.”