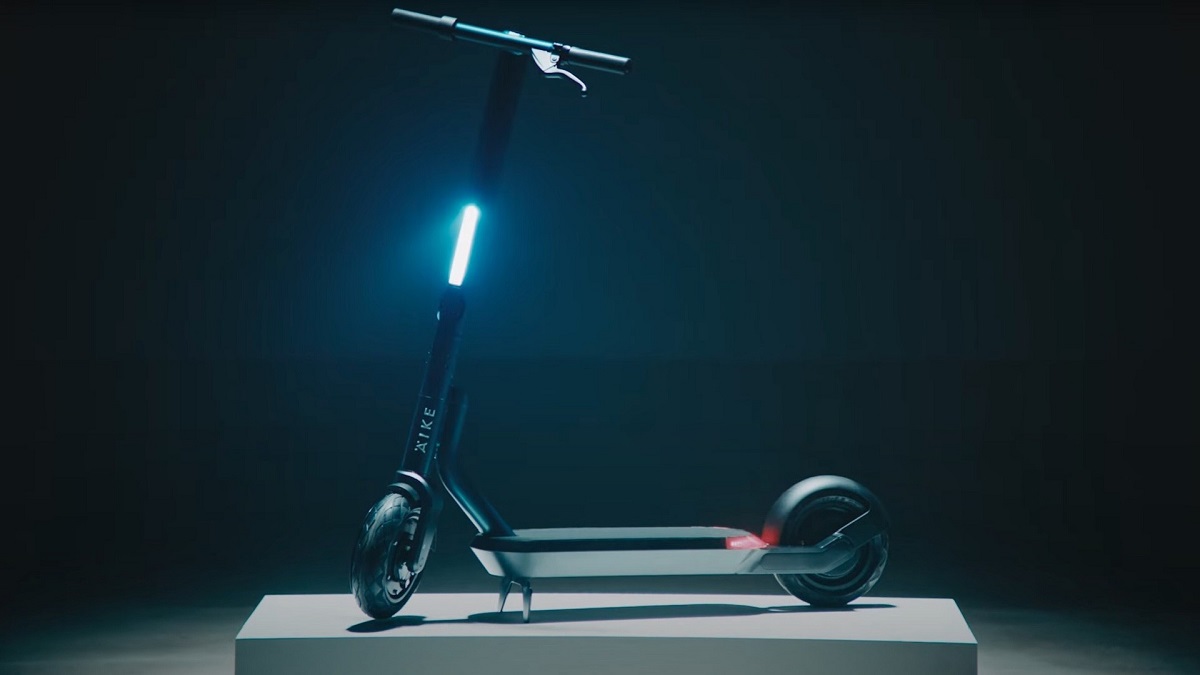 In 2014, Estonian engineering students ultimately found success designing and building electric race cars in an international competition. After that, they were encouraged to turn their electric vehicle development knowledge into something that could benefit people. Then, they focused on more accessible electric vehicles that could move people around cities.

In this way they founded Comodule as an Internet of Things (IoT) company, now the leading provider of connectivity services for light electric vehicles. And soon, they realized just how short-lived most of the electric scooters were due to the cheap manufacturing material and poorly made hardware, which couldn’t be fixed anymore and were scrapped instead.

Kristjan Maruste, the CEO of Comodule, decided to found Äike to change the definition of electric scooters by concentrating on producing the electric scooter using local European materials. The Äike T electric scooter, unveiled on 6th July 2022, is the result of other companies’ experiences and in-depth customer interviews on what they believe is the best electric scooter in the world.

Despite its elegant-looking single-side-supported wheels, the Äike T is considered durable for its riders, weighing up to 150 kg (330 lb). Also, the scooter is designed to handle potholes and bumpy road conditions.

Its automotive-styled tubeless tires of eleven inches help to upgrade the durability and ethnicity of the electric scooter. In addition, is equipped with a powerful hub motor of 350W that can produce higher peak power figures.

The Äike electric scooter has also been tested to operate in temperatures from -17 to 35 ºC (1 to 95 ºF) and is water-resistant.

The most fantastic element of this electric scooter is that it consists of a removable battery that is locked inside the deck with a capacity of 583 Wh, sufficient to run the scooter up to 40 km (25 miles) range. Furthermore, to run onboard devices like GPS and theft tracking using its compatible app, a second in-built battery is also provided; when the first battery is removed for charging, the second battery will perform the other functions of the scooter.

A USB-C charger can do Äike electric scooter battery charging up to 100W, which can be an ordinary charger for your laptop. It takes 6-8 hours for complete charging, or overnight charging will do for the rest of the day. However, the second charging port for a higher power accessory charger will also offer faster charging.

The Äike’s scooter has IoT-enabled GPS theft protection that locks the scooter and tracks its location, and if someone tries to change its position or there is a threat of theft, the sound of a “loud and proud” alarm is enough to inform you about any consequences. 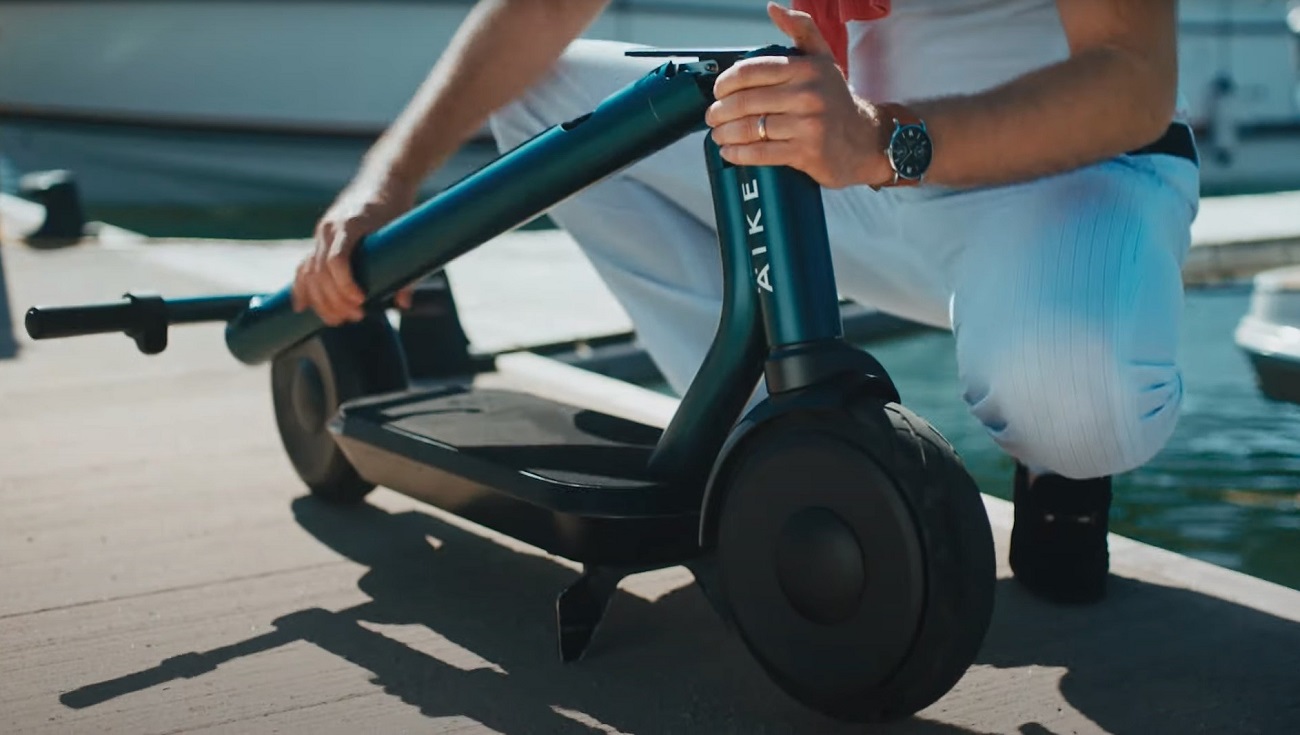 The app that offers GPS tracking on the Äike electric scooter has several other features, such as speed control, battery optimization, directly connecting with customer support, and accessing over-the-air (OTA) updates for the scooter.

Kristjan, the CEO of Äike,  says that “the scooter is capable of higher speeds based on its hardware, and I’m guessing that if they enter the US market, they’ll offer a higher speed setting.”

Although the scooter weighs 19 kg (41.8 lb), you can fold it to slide it into the car trunk. The Äike T will be available for pre-order with a €69 deposit with a fully refundable €69 (around $70) reservation fee. The final price starts at €999, approximately US $ 1,025. Shipping of the Äike electric scooter will begin in November 2022, but you had better act fast because there will only be 500 pre-orders.