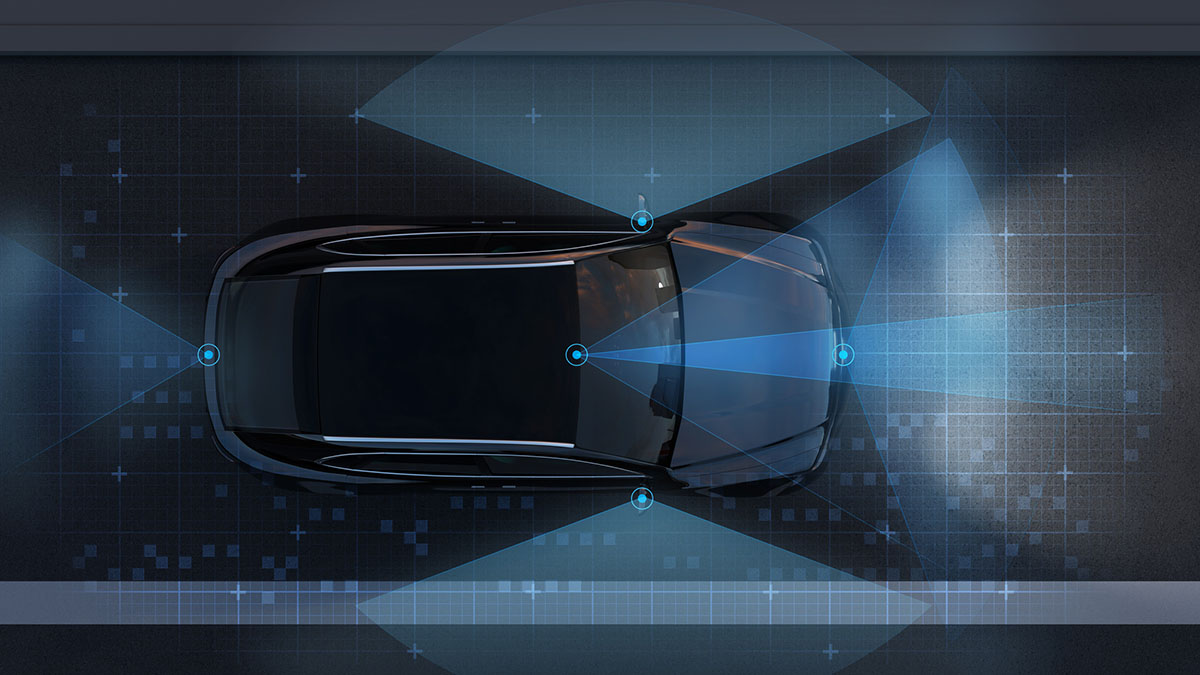 Autonomous vehicles are not without flaws. They need to be aware of their surroundings, much like human drivers, to avoid dangers on the road and travel securely.

Lidar, a rotating radar-like device that acts as the vehicle’s eyes, is a common component of the most advanced autonomous cars. The lidar provides information on the car’s proximity to objects continuously, allowing the vehicle to decide what actions are safe to take.

However, scientists discovered that lasers can fool these eyes.

This image was shot on November 30, 2021, from inside one of the self-driving cabs being used in a tech demonstration in the UAE capital Abu Dhabi to transport passengers to the adjacent Yas Island. The image provides a view of the passengers’ monitor showing road navigation.

An approaching lidar system can create a blind zone in front of the automobile that is wide enough to cover moving pedestrians and other obstacles, according to a recent study that uses carefully timed laser beams.

This means that because the destroyed data put everything that might be in the attack’s blind spot in danger, it might offer self-driving cars a false sense of safety on the road.

According to the researchers, this is the first instance in which lidar sensors have been tricked into erasing information regarding impediments.

The vulnerability was found by researchers from the Universities of Florida, Michigan, and the Japan’s University of Electro-Communications. The experts also suggested modifications that would eliminate this issue and protect consumers from malicious attacks.

Lidar uses laser light to calculate distances and then captures the reflections, much like a bat uses sound echoes for echolocation. Attackers trick the sensor by creating fake reflections.

The study’s principal investigator, Sara Rampazzi, a professor of computer and information science and engineering at the University of Florida, said in a press release, “We mimic the lidar reflections with our laser to make the sensor discount other reflections that are coming in from genuine obstacles.”

“Our artificial reflections are the only ones detected by the sensor,” says the researcher. “The lidar is still collecting real data from the obstacle, but the data are automatically eliminated.”