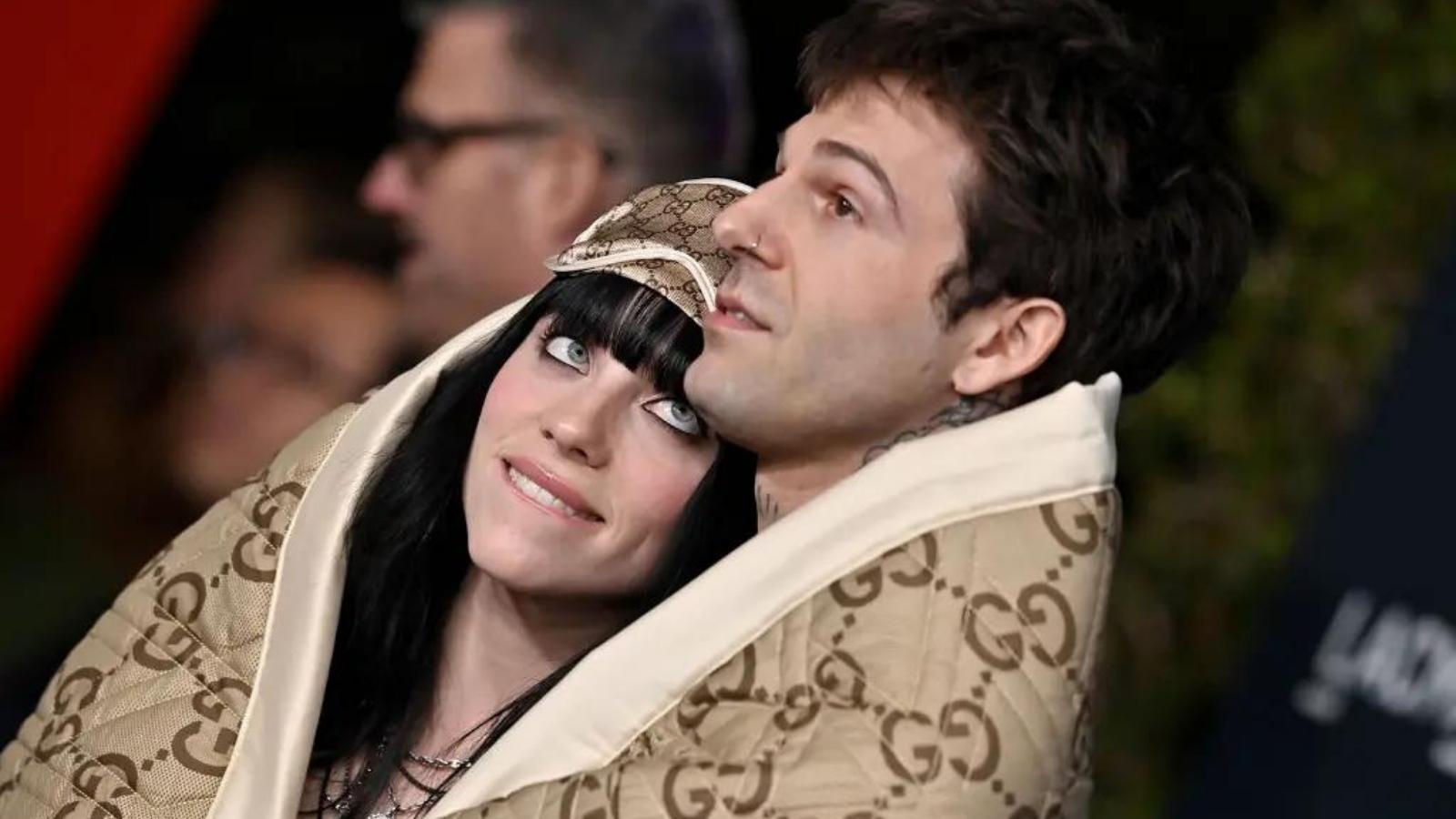 Billie and Jesse rocked head-to-toe Gucci ensembles for their first red carpet appearance together, with the “The Bad Guy” singer donning a slinky crop top paired with a long skirt with a lace-trimmed slit, floor-length robe, platform slides, sheer gloves, and an eye-mask on top of her head. And The Neighbourhood frontman sported a silky loungewear ensemble that included a button-up shirt, matching pants, and a pair of Gucci sneakers. The couple curled themselves in an extra-large Gucci blanket with the same pattern to complete their sleepy-time looks.

Furthermore, when Billie, 20, and Jesse, 31, were seen dining together on October 13 at Los Angeles’s Crossroads Kitchen, romantic rumors about the two started to circulate. And two days later, a video of Billie and Jesse walking together and briefly holding hands while at Halloween Horror Nights at Universal Studios was published on TikTok. Additionally, the couple was seen holding hands when out for supper at Lal Mirch on October 19.

Moreover, Billie announced their relationship on Instagram on October 31, posting a collection of images from her Halloween celebrations, including one in which she and Jesse were dressed as a baby and an elderly man, respectively, evidently making light of their age disparity. The Grammy winner wrote in the post’s caption, “life is craaaaaaaaaaaaaaazy. Happy Halloween.”

Prior to their breakup last year, Jesse dated model Devon Lee Carlson for six years. On the other hand, before ending their relationship in 2019, Billie secretly dated rapper Brandon Quention Adams. Also, she was most recently linked to Matthew Tyler Vorce. The actor declared their breakup in May 2021 after being first seen with the “Happier Than Ever” singer on a weekend visit to Santa Barbara, California, in April of the same year.

On another note, Billie Eilish previously discussed trying to keep the specifics of her romantic relationships under wraps, saying she had to learn the hard way not to overshare. In a conversation with Capital Breakfast With Roman Kemp in September 2020, she revealed, “I’ve had relationships and kept them private. And even the ones that I’ve had; with the tiny amount that I’ve let the world see, I regret.”